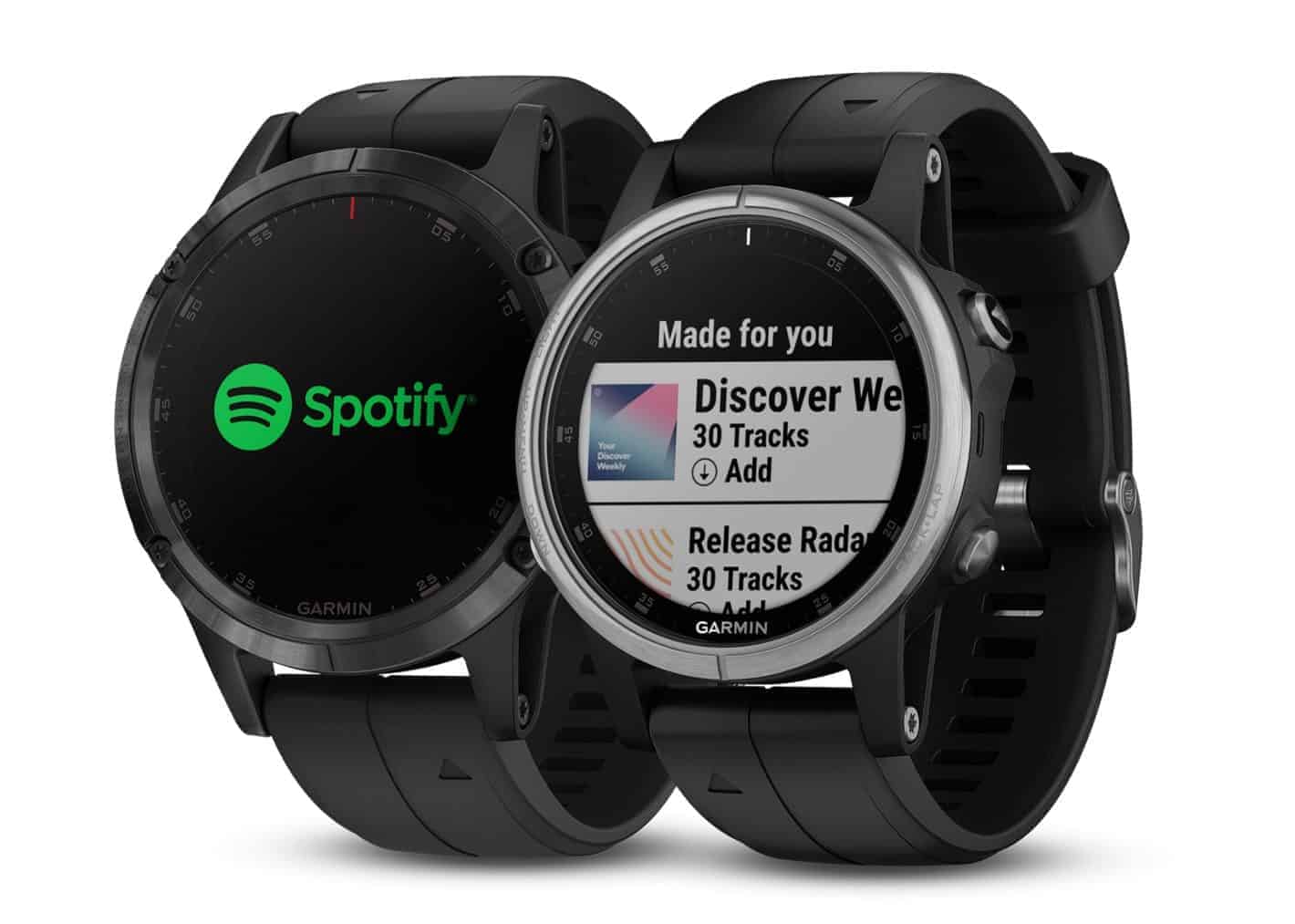 In short: Garmin has this week announced the beginning of Spotify integration with its line of smartwatches, starting with the fēnix 5 Plus series of devices. While the company has not explicitly stated the support will be extended to other Garmin watches in the future, the press release does suggest that's likely to happen as long as the devices are "compatible Garmin music watches." In the meantime, owners of a fēnix 5 Plus watch can now start to make use of the integration by downloading the Spotify app from the Connect IQ store.

Background: The fēnix 5 Plus series is largely positioned as sports watches and so the Spotify integration makes sense due to the integration's purpose of helping watch-wearers to further detach from their smartphone when needed. Before this update owners of a fēnix 5 Plus watch would only be able to control their music playback if and when the device was directly connected to their smartphone. Now, however, fēnix 5 Plus watch owners will be able to sync the watch app with playlists on their Spotify account beforehand. These playlists will then be available to download to the watch, allowing the wearer to listen to music offline and without their phone. Although those looking to take advantage of some of the other features on their watch will still likely need their phone nearby.

Impact: Considering the nature of the fēnix 5 Plus, this integration will instantly add to its appeal to sports-minded users. Especially considering the fēnix 5 Plus is also Bluetooth-enabled, and can therefore be connected to a set of Bluetooth headphones for a completely wireless and now phone-less experience when at the gym or out running. It does need to be pointed out the support does only extend to Spotify Premium subscribers, however. Although, those who don't have a Spotify account (or are non-Premium members) can still make use of music in a phone-free manner as the fēnix 5 Plus naturally comes with enough storage to hold up to 500 songs, according to Garmin. For those new to this smartwatch, it's one of the most recent wearables series to be announced by the company, and also one of the more expensive ones. Which is likely why the new Spotify support has arrived here first.