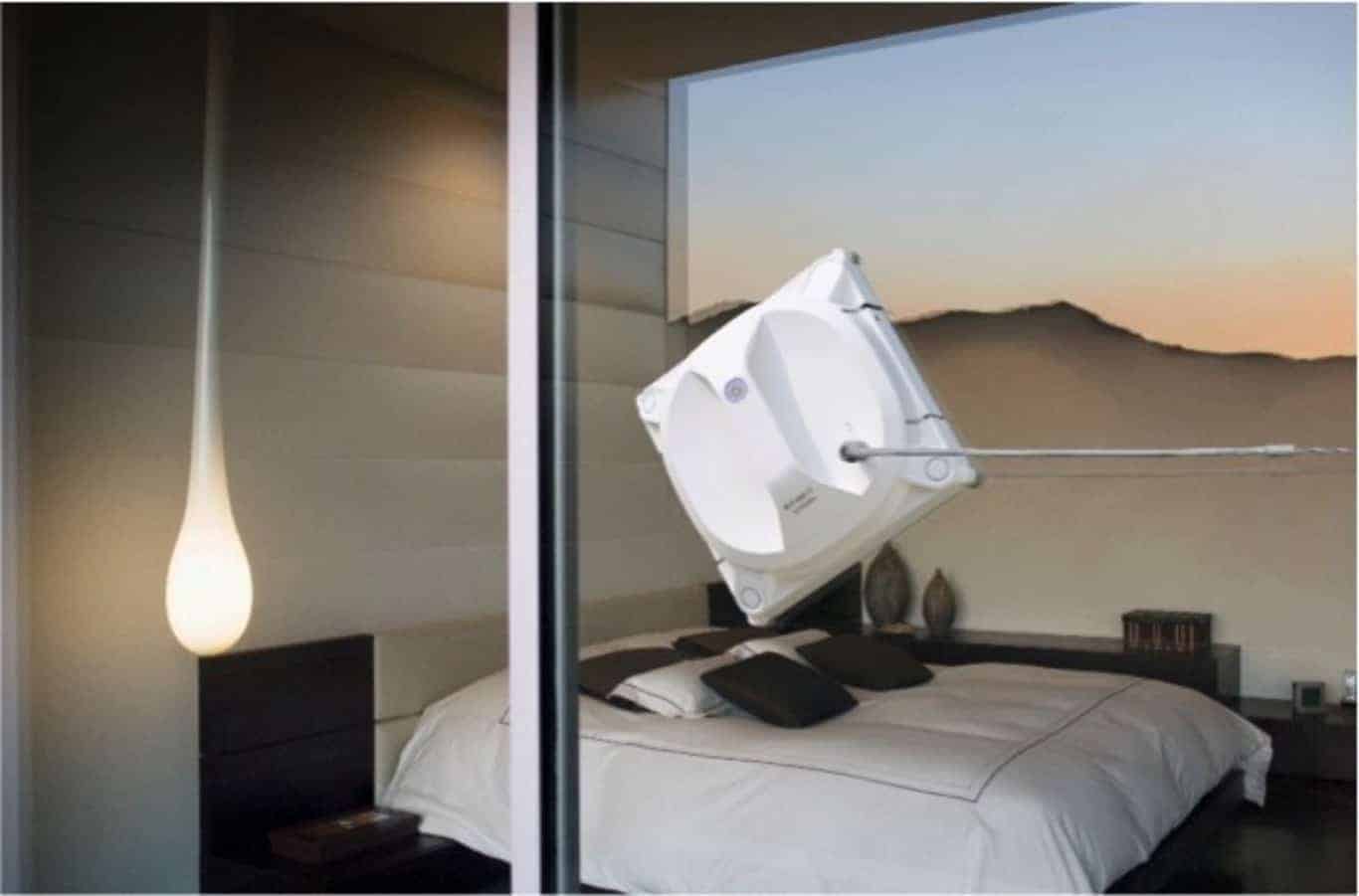 In short: Ecovacs Robotics has officially announced the launch of its WINBOT X, claimed to be a first-of-its-kind wireless window cleaning robot. Built around a square design that weighs just four pounds, the new gadget is battery-powered, weighs in at four pounds, and has a 50-minute runtime. Aside from a standard four-stage cleaning mode that includes mopping and squeegee action, a deep clean mode is also included and the system utilizes an Ecovacs cleaning solution to aid that process. Meanwhile, a Safety Tether System keeps the device attached securely to a window for up to 30 minutes, reigning in the WINBOT X and holding it there after the battery level drops beyond safe levels. A notification is also issued to alert the owner that it needs to be removed from the window and charged up.

Background: WINBOT is an Ecovacs brand that actually got its start way back in 2011 and the WINBOT X was first announced back at CES 2018. However, although this isn't at all the first window cleaning automated solution, it does have some advantages over other devices in that segment of the market. Not least of all, it is completely wireless. That means it won't need to be plugged in at all during use, compared to past products that needed to either be plugged in and anchored or require both a battery and a direct power source. As noted with that initial reveal, the new window cleaning robot builds on previous innovations in the market and from the company in terms of sensing equipment. Beyond the ability to give windows a good scrubbing without the restrictions created by needing a direct line to a power outlet, the company's Edge Detection Technology automatically scans and sense window edges or the boundaries of an edgeless window. Those keep it on the glass and help WINBOT X ensure that every part of a given window is cleaned efficiently. The suction cup-based safety system is designed to be easily moved from window to window as well. Without a power cord to get in the way, all of that should make it much easier to handle and much more convenient, with pricing set at $449.99 as revealed back in January. The robotic gadget is available online at B8ta, Wellbots, Sharper Image, Best Buy, and Kohls.

Impact: Although this robotic window cleaner isn't necessarily a huge leap forward, the design as a whole is a relatively big step forward for the window-specific segment of the industry. More directly, the combination of a cordless power system and an easy to remove, automatically retracting tether certainly make Ecovacs Robotics' latest creation one of the most practical devices in the category.