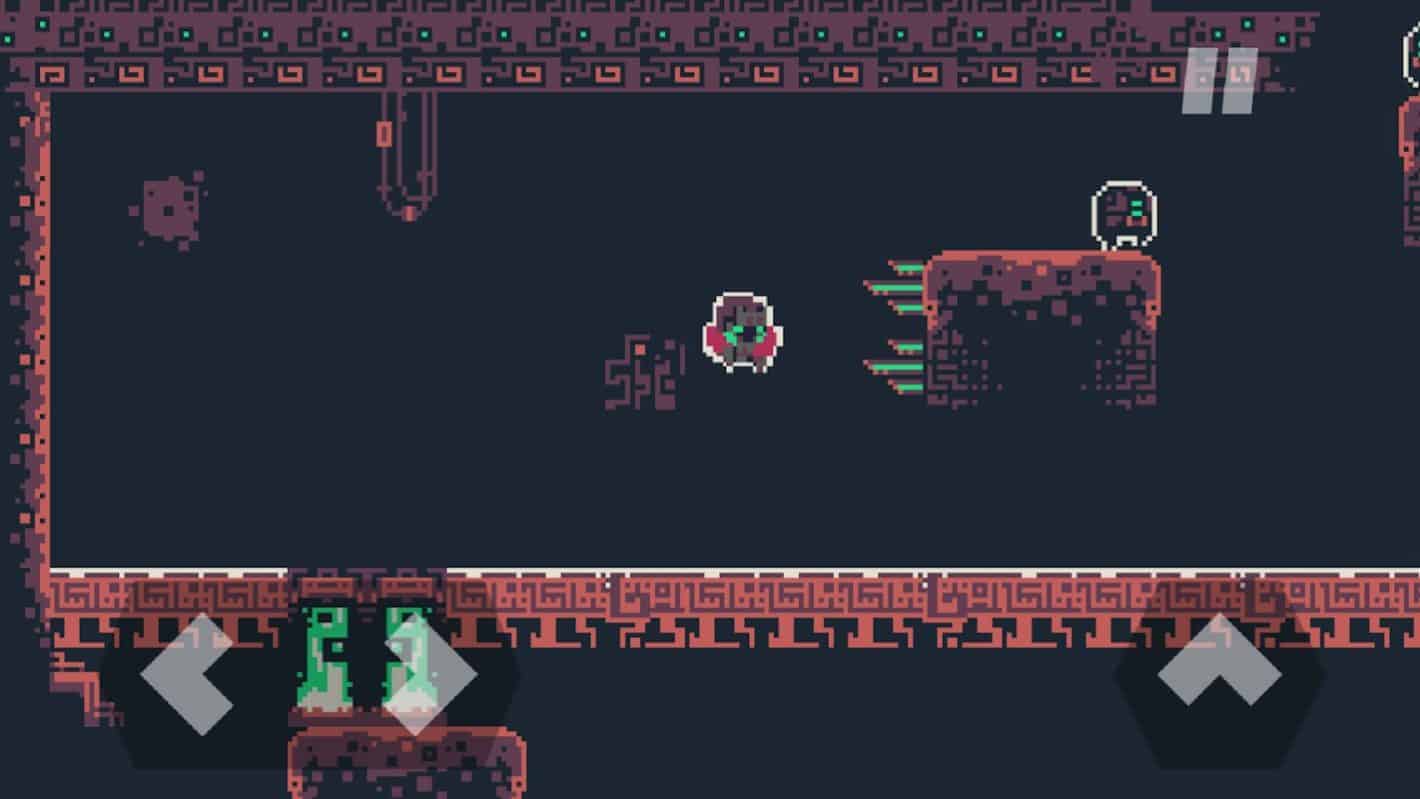 In short: DERE EVIL EXE is a retro-styled platformer that features a surprising storyline and smart level design that's meant to mesh with other game features to force players to tweak their expectations in order to prevail. Some of those game features include puzzles-based unorthodox elements like being killed for collecting coins, environmental hazards that make you think twice about your every move, and a narration voiceover that gives you advice that's not always good and becomes more unhinged as you progress. The game is available for free in the Google Play Store, with ads that pop up every few lives. Those ads can be done away with by completing an in-app purchase, making things that much more addictive and immersive.

Background: This game is tied into two previous AppSir games, AI-centric horror visual novel The Last Yandere, and DERE.EXE, a tie-in platformer that's similar to this one and tells the story of the AI that sets off the events of the visual novel. While it's recommended that you play both of those first to truly appreciate all of the story beats here and get a feel for the series, this sequel stands alone, and can be enjoyed quite thoroughly without jumping to the other games in the series.

Impact: The retro graphics are charming, as is the chiptune soundtrack that plays in most of the game. These disarming elements make it easier for the game to catch you off guard. When things start to get weird, the soundtrack changes, and so do in-game sounds and voiceovers. The game really shines in its moments of abstract horror, where players are left disoriented, inexplicably afraid, and very much in the shoes of their tiny knight sprite. Speaking purely to challenge without the mind-warps, this is a difficult platform game, and it's definitely for genre veterans. A few games of Super Mario won't be enough to prepare you for this, so if you're inexperienced, expect to die, a lot. If you know what you're doing on the other hand, the game will send you a lot of mixed signals and present you with some seriously difficult feats of platforming, and you'll still find yourself dying, a lot. In short, if you're a fan of retro platformers, mobile games that like to mess with the player's head, or horror games, you'll definitely want to give this one a try.