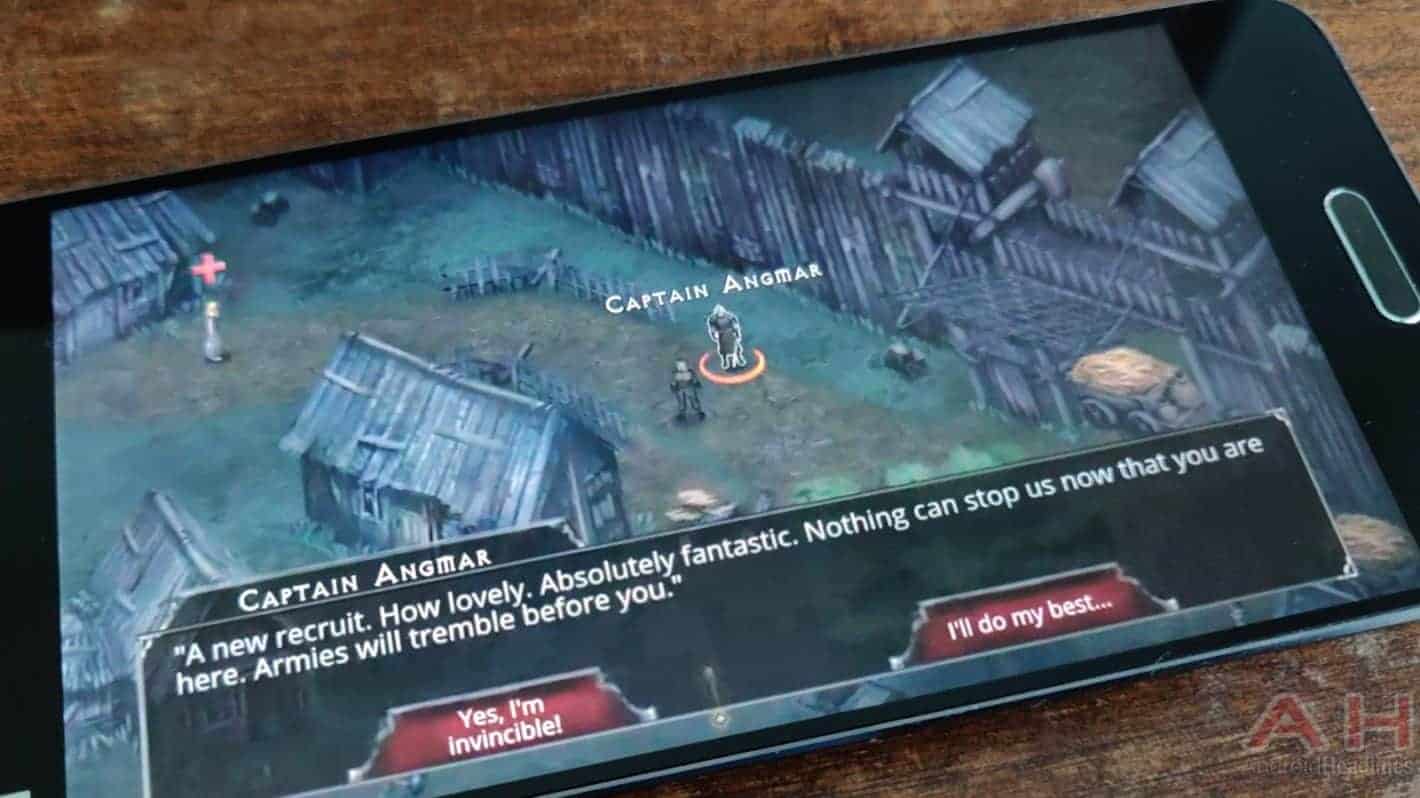 In Short: Vampire's Fall: Origins is an open-world RPG with an old-school style that casts you as a vampire warrior who finds themselves trying to defend the village of Vamp'Ire against human invaders intent on eliminating your kind. Choose your bloodline, customize your vampire, and set out on your adventure. What starts as a mission to join a militia and defend the vampire settlement ends up as a grand adventure across a large open world, with beautifully animated 2D graphics. The game is available for free in the Play Store right now.

Background: This is actually a sequel to a much older game from Early Morning Studio, an Adventure Quest style RPG called Vampire's Fall. That game tells the story of a lost vampire loose in the world and out to decide their own fate. This game raises the stakes, and adds tons of depth and visual beauty. It was in development for over two years, and the painstaking care taken in every aspect of the game is clear. Each weapon and armor piece has its own appearance, dialog is well-written, and the vast open world and branching plot allow players to do as they please as they carve out their own vampire legend in the wake of a bloody war between species.

Impact: This isn't your average vampire story. You usually end up as a human hunting down evil vampires, or as a vampire looking to fight their own kind for one reason or another, as seen in Castlevania: Symphony of the Night or Spacetime MMORPG Dark Legends. This time around, like in the last RPG from this studio, you're cast as just another cog in the wheel, except you're a vampire, and you have the power to defy your fate. You can become the evil vampire that countless novels were written about. You can become a paragon of peace and link the human and vampire worlds. You can plunge vampirekind back into the shadows and hide them away from the dangerous humans. Your destiny, and potentially the fate of all vampires, is entirely in your hands in this rather novel mobile game.