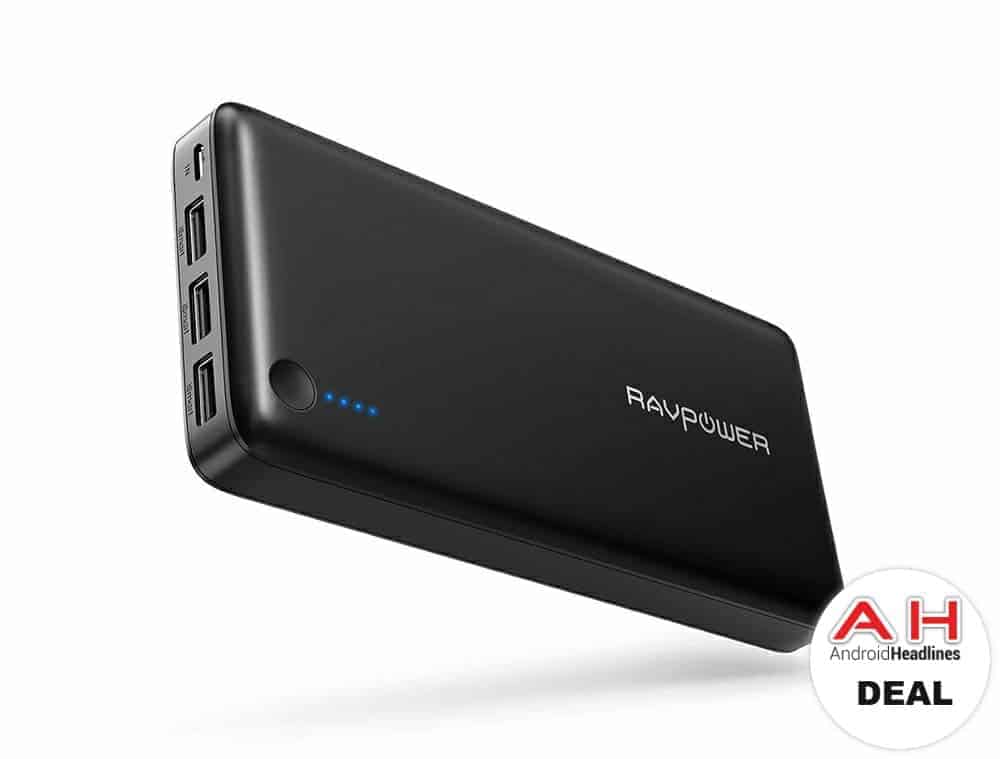 In case your phone's battery life is not the best, and you're in the market for a power bank, well, we may have just the right product or you, as one of RAVPower's power banks is currently discounted. RAVPower has shared a coupon code with us, which will bring down the price of the company's 26,800mAh Power Bank by 25-percent. The company's 26,800mAh power bank usually costs $54.99, but if you apply the provided coupon code, which is provided below the article, you will be able to purchase this product for only $41.2. The coupon code is valid until the end of October 31, PST time.

Black is the only color this power bank comes in, and it can provide you with a maximum output of 5.5A (2.4A per device, maximum). There are three ports included on this device, and you can, technically, charge three devices at once if you want. The device comes with three iSmart USB 2.0 ports, though do keep in mind that this power bank does not support Qualcomm's Quick Charge fast charging. You will be able to recharge the power bank itself in 14-15 hours with a 2.4A charge, or 23-24 hours with a 1A charger, as this is a 26,800mAh battery we're talking about, so it can't really be recharged extremely fast. This power bank has the battery capacity to recharge most smartphones over six times, and tablets over two times, though it all depends on their battery life, of course. For example, this power bank can recharge your Galaxy S9 Plus 4.5 times, says the company, and that device has a rather large battery on the inside. This power bank is protected against short-circuit, over-charging, and it even has current-surge protection.

There are four LED indicators on the power bank itself, if only one LED is flashing, the power bank's battery life is between 11 and 25-percent. If two are flashing, it's between 26 and 50-percent, while three LEDs flashing means that the power bank still has between 51 and 75-percent of battery life. All four LEDs flashing means that this power bank still has between 76 and 100-percent battery charge left. RAVPower says that this power bank's matte black finish does not scratch easily, Now, as far as the contents of the package are concerned, in addition to getting the power bank itself, you will also get two USB cables (different lengths), a user manual, and a travel pouch. On top of all that, an 18-month warranty is also provided by the company, for the piece of mind. That is more or less it, in case you're interested in taking advantage of this deal, and getting a 25-percent discount on RAVPower's power bank, you will find the purchase link and the discount coupon code included down below, while you can also check out the provided gallery for a better look at the power bank itself.

Advertisement
Trusted By Millions
Independent, Expert Android News You Can Trust, Since 2010
Publishing More Android Than Anyone Else
15
Today
83
This Week
191
This Month
4176
This Year
105653
All Time
Advertisement