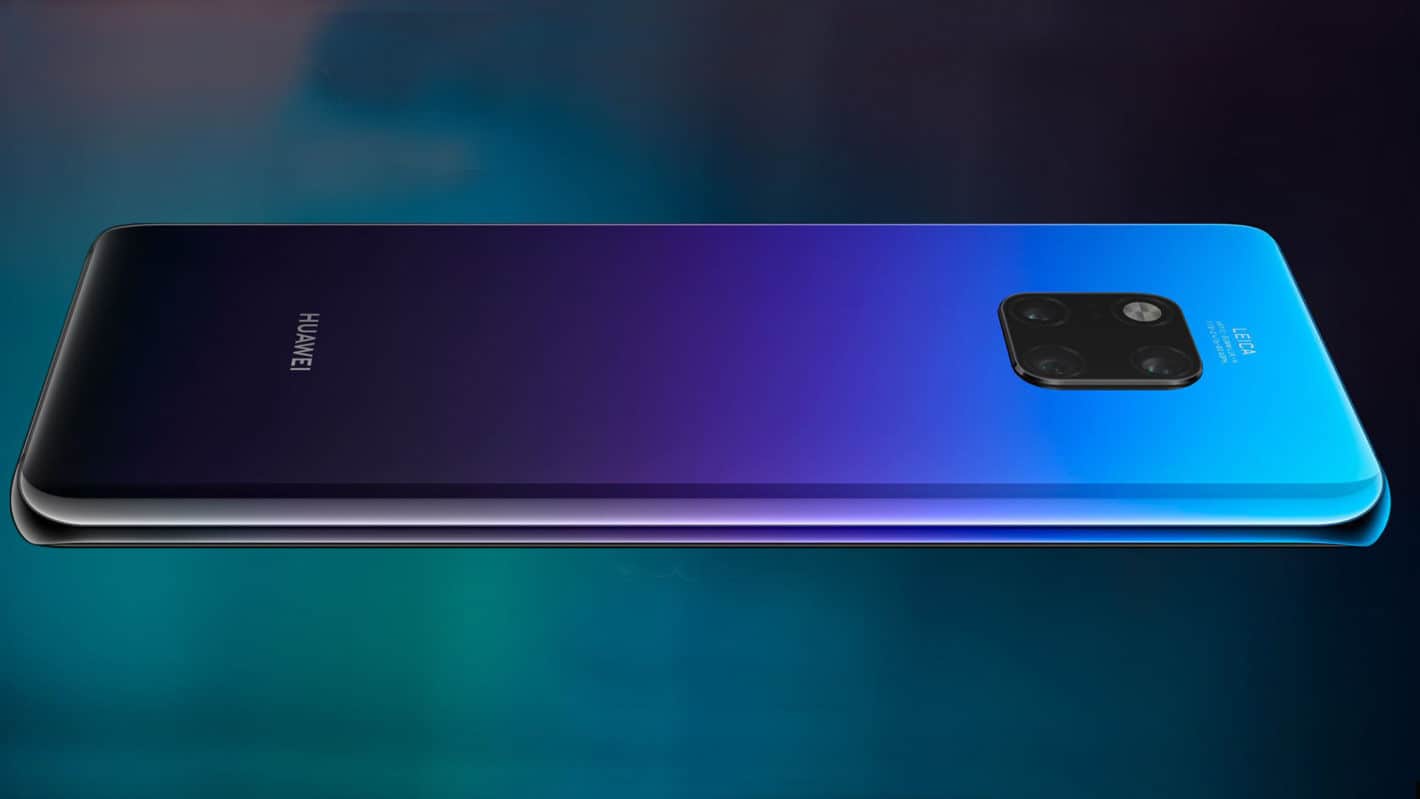 Huawei's London event held earlier today saw the announcements of a wide variety of gadgets, including not one but four stellar smartphones running a custom version of Android 9 Pie. The four Mate 20 devices are all packed with state-of-the-art tech, feature some of the best mobile cameras ever created, are powered by the world's first 7nm chip with two neural processing units, and – won't be coming to the United States.

While Huawei used to bring the new additions to its Mate lineup to the U.S. in January, that won't be the case this year, a company official told AndroidHeadlines earlier this month. "These devices have not been customized for the U.S.," that person said. While getting a straight answer out of Huawei people as to why that's the case is no mean feat, the company's stateside track record and the fact that the current geopolitical situation was explicitly mentioned during the early October briefing reveals pretty much everything important there is to know about why American consumers will have a hard time buying any Mate 20-series phone. Thanks, Trump?

To be fair, the U.S. government's hostility toward Huawei is neither specific to the current administration, nor is it exclusively a Republican policy, nor is it (completely) unfounded given the tech giant's shady track record. By most accounts, Washington has a solid argument for making life difficult for Huawei's stateside arm but that doesn't make the fact that the Mate 20 line isn't coming to the U.S. much less painful. In most respects, the Mate 20 Pro is the ultimate 2018 flagship and a technological marvel that any gadget enthusiast would surely be thrilled to try out and most would enjoy using as their daily driver.

In the year that saw most manufacturers play it safe with incremental software upgrades and minimal hardware revisions, Huawei went all-in with both the P20 and Mate 20 families, and its effort truly shows; not only are the newly unveiled handsets the only currently available phones using a super-efficient 7nm chip in the HiSilicon Kirin 980 but the Mate 20 Pro also sports arguably the best rear-facing camera ever created. Sure, Huawei's claims of the new flagship rivaling DSLRs and mirrorless cameras are dubious at best and misleading at worst but as far as mobile photography is concerned, the Mate 20 Pro appears to be the ultimate 2018 option.

Coupled with not one but two neural processing units, this might also be one of the smartest pieces of consumer electronics ever created, rivaled only by Google's own Pixel phones. Everything from battery management to scene recognition during photography is AI-powered, and the Mate 20 line's machine learning integration also guarantees all of those features won't just work consistently, they'll actually get better the more you use them as the phones learn your habits and preferences. Sounds like an amazing piece of smartphone technology? That's because it is. Sure, most of Huawei's rivals weren't exactly trying hard this year (looking at you, Samsung) but scrapping the so-called "tick-tock" upgrade cycles in favor of delivering meaningful handset upgrades every year is as pro-consumer of a move as they come, and Huawei is thinking of it as a long-term plan.

Given that state of affairs, it's truly a shame most American consumers who like cutting-edge smartphones will never even hear of the Mate 20, let alone find themselves in a position to buy it. The reason for that may be entirely political but there's no doubt tech enthusiasts in the U.S. are still at a loss due to the Mate 20 lineup's lack of stateside availability. From the ongoing trade war between Washington and Beijing to the U.S. government's issues with Huawei itself, it will truly be a miracle if the company's handsets make their way to the country on any significant scale in the foreseeable future. That turn of events leaves American consumers without the ability to reward arguably the most innovative smartphone manufacturer of the year for its efforts to continue pushing the envelope and put additional pressure on its rivals, which should ultimately benefit all consumers, even those unable to buy Huawei-made products. Regardless of what you think of Huawei, the company, it's hard to argue that this particular feat isn't one worth celebrating, especially given how comfortable other OEMs have been since mid-2017, particularly in the flagship segment of the market.

It's hence hard to shake the feeling the culmination of Huawei's issues with Washington and the current trade war between two of the world's largest economies couldn't have arrived at the worst time for the company, just as it was to establish itself as one of the global pioneers of the mobile industry. Sure, it still delivered excellent products with cutting-edge tech but those will hardly receive the recognition they deserve without being available in by far the largest flagship market on the planet, which the U.S. still is by a large margin, according to many industry trackers. And while Huawei maintains it's unconcerned about the current stateside situation and believes it can become the biggest phone vendor on the planet even without the U.S., the feasibility of that plan is dubious, especially given how the company still wants to do so by 2022.

The only solace there is to give is that while the Mate 20 line won't be sold by Huawei or its partners in the U.S., some resellers may still import it, and the international variants of the handsets will work with most GSM bands in the country, save for perhaps T-Mobile's band 71. Regardless, the phablets will be perfectly usable on AT&T and T-Mobile networks, so long as you don't care about extra stuff such as VoLTE, which is definitely a factor for some, especially the kind of people that would go through the trouble of importing a device just because they believe it's the best option on the market. On the bright side, the American arm of Huawei might not sell you a Mate 20-series device this fall, but it will still honor your international warranty if you end up buying one from abroad, a company official confirmed to AndroidHeadlines.