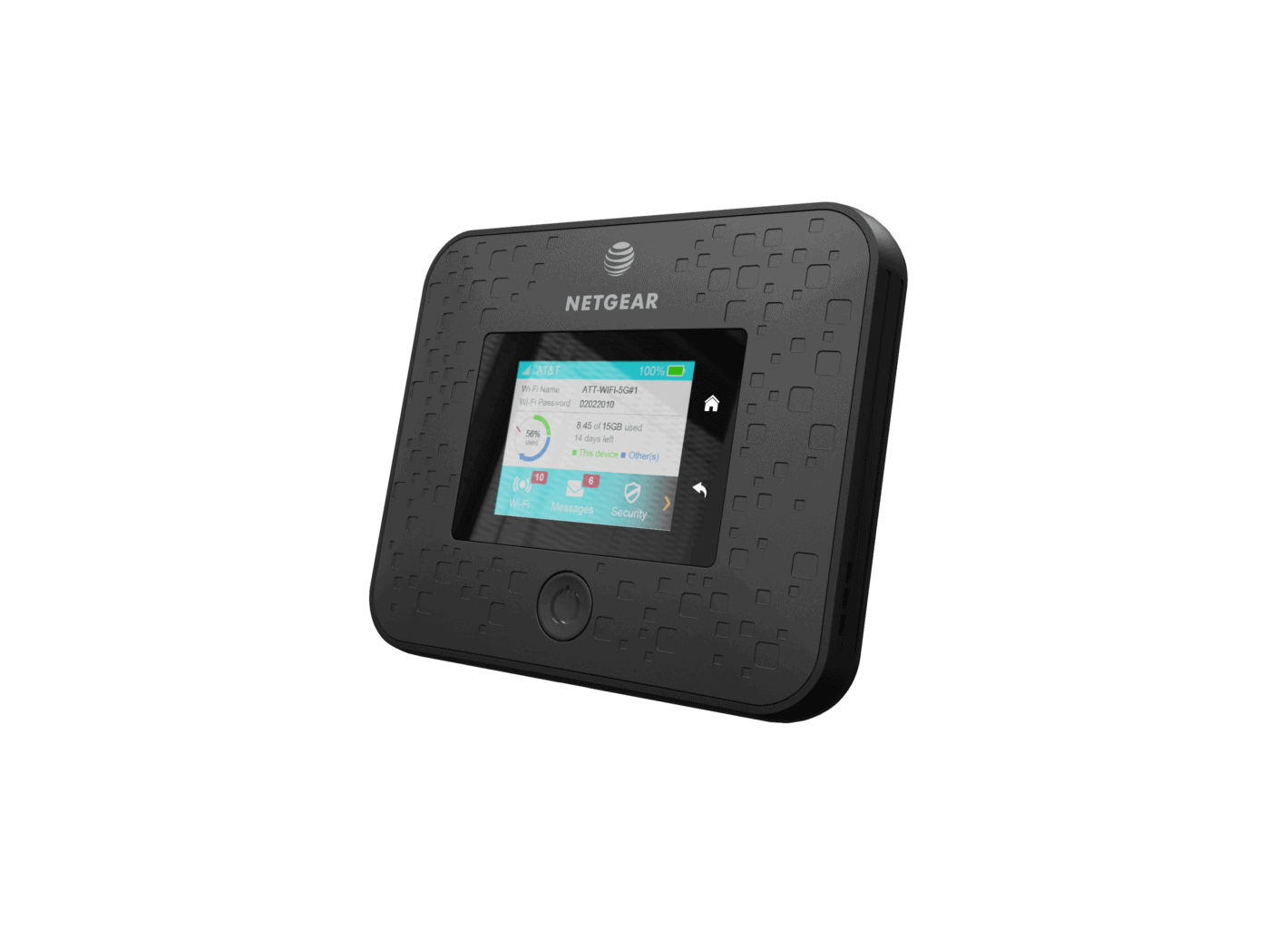 AT&T, last night, completed the first millimeter wave mobile 5G browsing session, using a device that will actually become a consumer product for its 5G network. That is with the NETGEAR Nighthawk 5G Mobile Hotspot. This is the 5G "puck" that AT&T was talking about, that it would use first for its 5G network. It'll be available exclusively at AT&T, but no word yet on when exactly. This hotspot from NETGEAR is actually running on the Qualcomm Snapdragon X50 5G modem, which is one of the few 5G modems currently available. AT&T's network is using Ericsson equipment on its towers for its 5G network, with NETGEAR working with AT&T on the 5G NR modem with millimeter wave capability. Thanks to Ericsson, Qualcomm and NETGEAR, AT&T was able to complete this 3GPP 5G NR standards based mobile 5G connection.

Now, AT&T hasn't actually given any specifics on when it'll be launching its 5G network, but we do know that it is launching pretty soon. AT&T will be launching in 12 markets this year, and that number will jump to 19 by early 2019. AT&T won't be stopping there, and will continue to announce markets once they go live. Now this test was done in Waco, Texas, which is part of the first 12 cities to get 5G from AT&T. The others include Atlanta, Charlotte, Dallas, Houston, Indianapolis, Jacksonville, Louisville, New Orleans, Oklahoma City, Raleigh and San Antonio. AT&T is sticking with medium sized cities, and not going for the super large cities like Los Angeles, Chicago and New York City just yet. This is likely so that AT&T can actually test out its network before it lights up those larger cities.

Background: AT&T was the first to launch commercial mobile phone service, nearly 35 years ago (back in 1983). AT&T and Ameritech Mobile Communications launched the first commercial cellular telephone service in Chicago on October 13, 1983. Which was obviously a big deal at the time, and since that time, mobile phone service has really taken over the world, in fact many people don't even use their phones for phone calls anymore. In the past 35 years, AT&T has done a lot of "firsts", and now it is bringing another one to the world. With the first mobile 5G network that will be launching very soon. Now Verizon did launch a 5G network earlier this month in a couple of cities, but that network is a fixed network, and not a mobile network. It's essentially the difference between your WiFi network at home and your mobile network everywhere else. Meaning that you can't use Verizon's fixed 5G service outside of your home, unfortunately. Verizon is going to be bringing a mobile 5G network to its network soon, but it's not ready just yet. Meanwhile, AT&T is ready.

The difference between 5G and 4G LTE is actually not all that big, as far as the technology goes. The biggest difference is that 5G is going to use higher bands of spectrum which can hold more bandwidth. This is why you are seeing carriers like Verizon and AT&T touting 1Gbps upload and download speeds on 5G. That is because there is more space for all of these devices to work on this network. It will also decrease latency pretty drastically. In fact, latency will be so low that self-driving cars will be able to operate over a 5G network and get instructions in real-time. It's a really exciting thing, imagine being able to download a 4K movie in just a few seconds, instead of the many minutes (and even hours, on some slower connections) that it takes today. This means you could actually download a movie really quickly before you jump on a plane and head off somewhere.

Impact: Earlier this year when AT&T announced some of its 5G plans, it had also announced that it would first allow customers to connect to its network using 5G "pucks". Of course, that got a good laugh from T-Mobile's CEO, John Legere. But by offering pucks or hotspots, AT&T is allowing customers to use the service without having to spend money on a new phone that is going to have worse battery life, simply because 5G is such a new technology and it hasn't really been improved a whole lot just yet. The Snapdragon X50 modem is a pretty good modem from Qualcomm, but it does use a ton of battery life. Similar to how the first few 4G LTE devices were, over on Verizon and AT&T a few years ago. While it is a good point to laugh at AT&T about, it's actually a good way to get users onto its 5G network without having a few million people sign on all at the same time and kill the network. This way, a few people will get onto the network and essentially be beta testers for AT&T, allowing them to really test out the network and make sure it can handle all of that bandwidth. Obviously, AT&T has been testing out the network internally, but there's only so much testing they can do internally, unfortunately.

AT&T says that it is still on track to launch in those aforementioned cities by the end of the year. In fact, AT&T has already announced that it will be launching a "true" mobile 5G network in the "next few weeks". So it's only a matter of time before it is actually available. Of course, there are currently no devices available that work with AT&T's 5G network, except for the NETGEAR Nighthawk 5G Mobile Hotspot which will be sold at AT&T fairly soon. So if you do want to use AT&T's 5G network, you are going to need to purchase that hotspot. Smartphones with 5G connectivity will be coming fairly soon, the only announced phone that has 5G connectivity is the Moto Z3 (which is exclusive to Verizon), and it only works on 5G using a Moto Mod that isn't coming out until next year. But keep in mind that the first few 5G-compatible smartphones will have very bad battery life, and likely need to live plugged in.