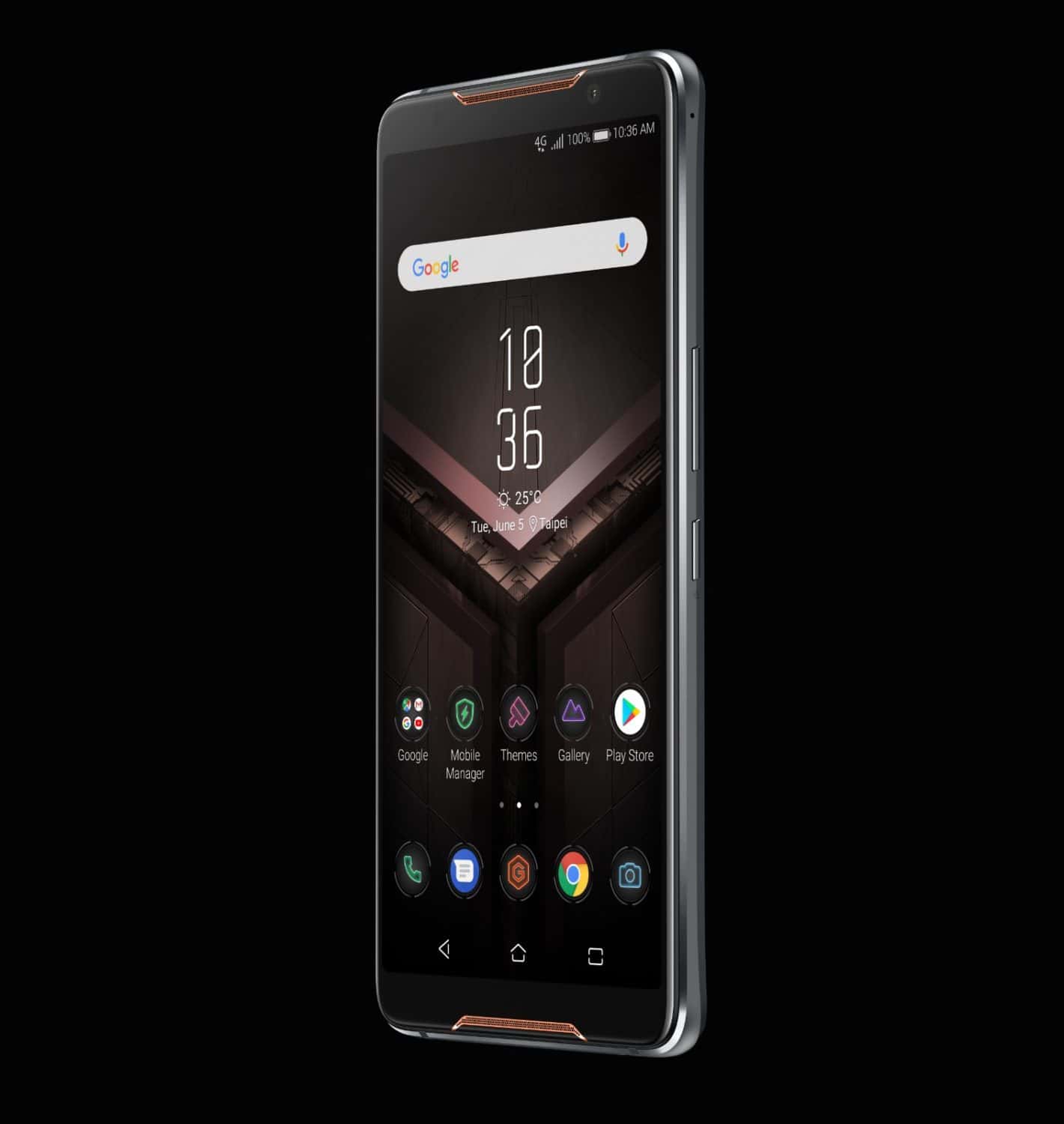 In Short: The ASUS ROG Phone's official wallpapers are now available to download, just in case you're interested. These wallpapers were provided via Reddit, by a Reddit use called "Blood_Reaper' You can download these wallpapers via the link provided below the article (their lower-res previews are available in the gallery), though interestingly enough, only four wallpapers are available (so not all of them are included here, as more will come pre-installed, probably), and all four of them come in a fullHD+ (2160 x 1080) resolution, as that is the resolution that the ASUS ROG Phone's display sports. Now, as far as wallpaper theme is concerned, these wallpapers seem futuristic, and exactly something you'd expect out of a gaming smartphone. One wallpaper actually shows off some sort of a virtual city, even, though the wallpapers are quite nice, as long as you like that theme, of course.

Background: The ASUS ROG Phone was announced way back in June this year, and it has not been available until now. ASUS had actually announced the availability of the ROG Phone in the US quite recently, the device is now available for pre-order, and it will ship to consumers at the very end of this month, which is when it will become available for purchase as well. The ASUS ROG Phone's pricing starts at $899 in the US, so it's not exactly all that affordable. The ROG Phone is a gaming smartphone, and having that in mind, it does come with the most powerful processor Qualcomm has to offer, the Snapdragon 845, while it also includes 8GB of RAM and 128GB or 512GB of native storage, depending on what your needs are. The ASUS ROG Phone is water resistant, while it comes with an HDR OLED display which has a 90Hz refresh rate. The phone also includes a 4,000mAh battery, which is not removable, but it is quite necessary as it is expected that the device will be purchased by users who like to play games, and needless to say, games consume quite a bit of battery, especially more demanding ones. The design of the ROG Phone is also quite interesting, and it's easily recognizable thanks to it.

Impact: The ASUS ROG Phone is definitely not a phone for everyone, it's not a phone that is expected to sell like crazy or anything of the sort, but the gaming community is huge, and there are quite a few compelling games for Android available these days, so ASUS is expecting to appeal to Android users who are playing lots of games. The company will announce the availability of ROG accessories for this smartphone in the near future as well, so that will give users some incentive as well, as a gamepad will be one of those accessories, and such a gadget is definitely a necessity for a proper playing of some games on Android. All in all, the ROG Phone is quite powerful, but it's also quite expensive, and it's up to consumers to see if it's worth spending $899 on such a device, or would they rather purchase something more mainstream, like the Galaxy S9, Note 9, V40 ThinQ, OnePlus 6… or something of the sort.