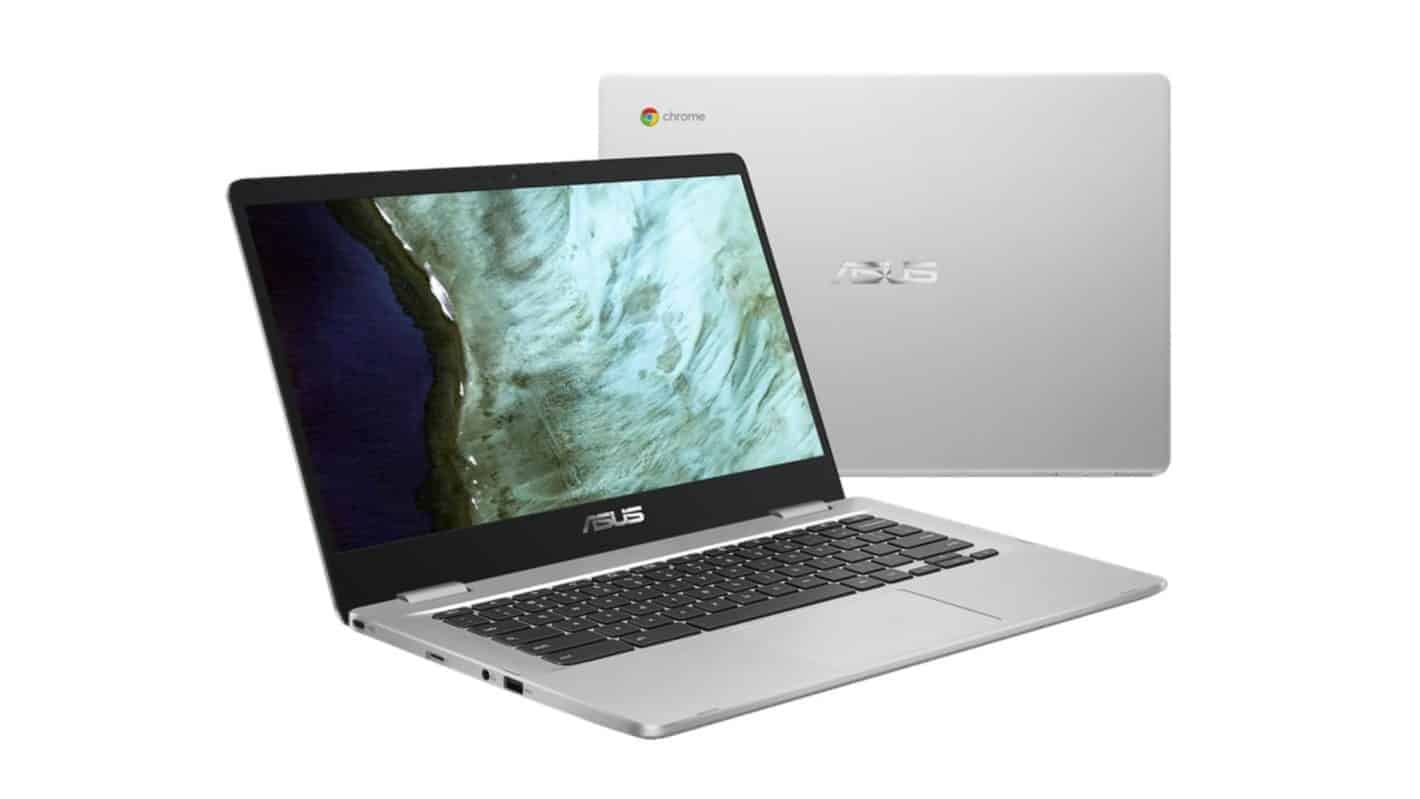 In short: ASUS has now revealed the existence of a new 14-inch clamshell Chrome OS device, to be sold under the ASUS Chromebook C423 model designation. The new laptop-like is set to become available in a range of configurations, starting with a choice between either Intel’s Celeron-branded dual-core N3350 Processor or its more powerful Pentium quad-core N4200 silicon. Those will ship with either 4GB or 8GB LPDDR4 RAM and 32GB or 64GB of eMMC solid-state storage. Meanwhile, while both will be sold with a 14-inch panel, consumers will have options between either a 1366 x 786 no-touch panel and a more robust 1920 x 1080 touchscreen. Regardless of the model chosen, that will be an anti-glare panel packed into an aluminum cover.

The lower portion of the device, on the other hand, appears to be a plastic build that houses the above-mentioned processors, in addition to an integrated Wi-Fi 802.11 a/b/g/n/ac and Bluetooth 4.0 combo module. Two standard USB 3.1 ports are built into that, along with two more USB Type-C 3.0 for both powering the 2-Cell 38 Wh battery and display output capabilities. Battery life is expected to be set at around 10-hours per charge and a combination audio jack, HD webcam, and SD card reader round out the package.

Background: This latest Chrome OS laptop from ASUS breaks away from at least one current trend in Chromebook hardware, apparently aiming for the more budget-friendly end of the spectrum. For clarity, most of the Chrome OS announcements from the latter half of 2018 have been centered around boosting specifications. The premium portion of the Chromebook market hasn’t necessarily been non-existent, with several manufacturers building devices that rival even Google’s own Pixel-branded devices. However, it seems as though an uptick in sales and usability of the operating system is driving manufacturers to push for larger more powerful devices such as the recently announced HP Chromebook x360 14.

Impact: The new ASUS Chrome OS device has a screen-to-body ratio of around 78-percent and side bezels around the 14-inch panel measure at just 5.8mm. So ASUS hasn’t entirely ignored the shifting tides but, given the internal components, lack of 360-degree hinge, and apparent use of plastics, it certainly isn’t following the pack. Instead, the company appears to be using the resurgence in hardware to place itself as a competitor among rivals such as ACER and Dell in terms of affordability and features just in time for the upcoming holiday season. In the meantime, ASUS has not confirmed pricing, availability, or launch date for the Chromebook C423. 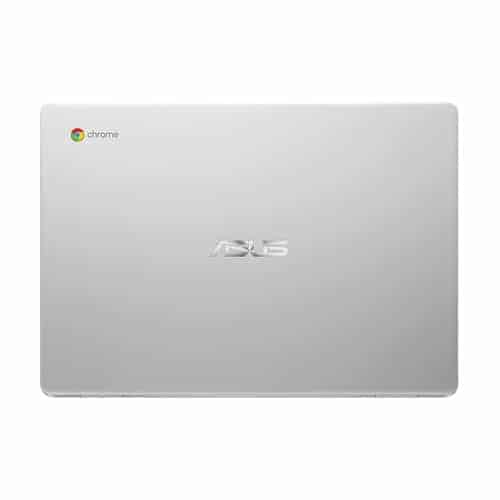 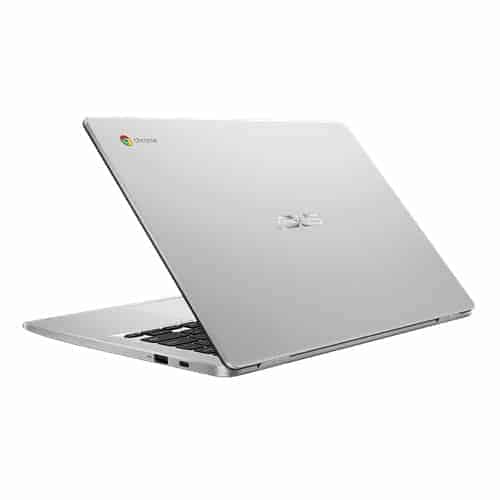 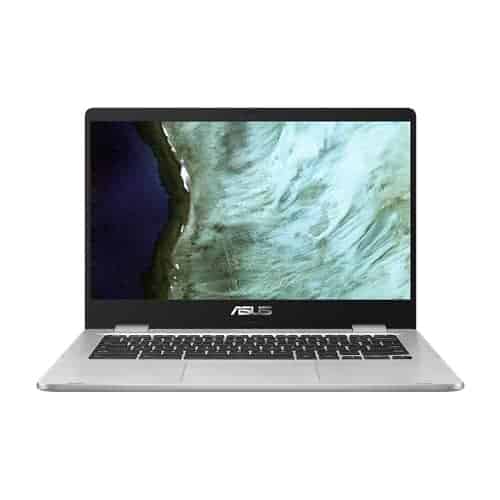 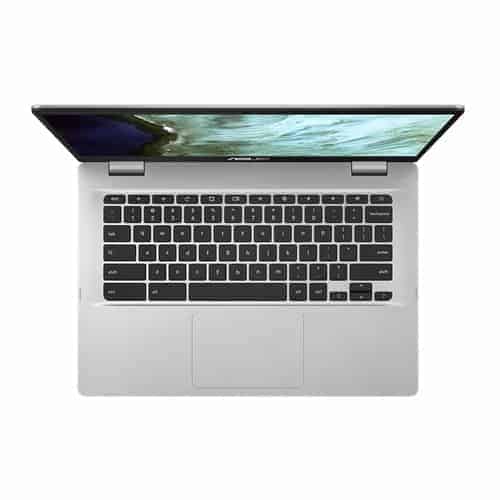 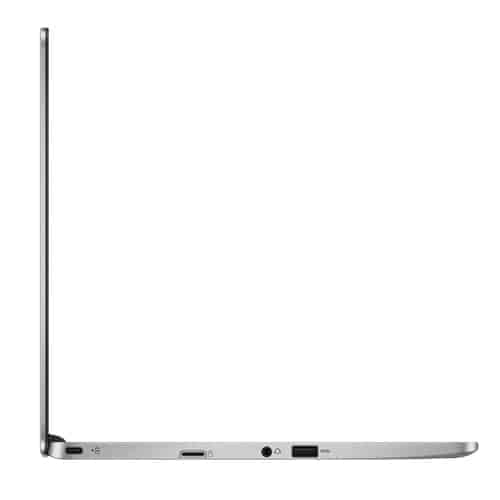 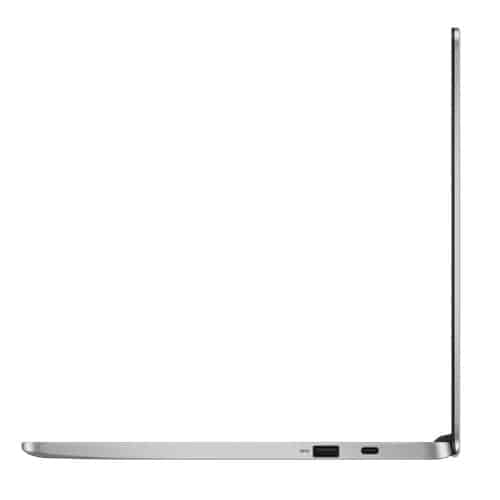 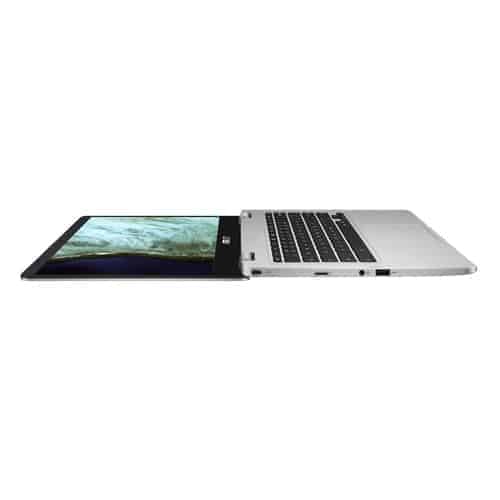