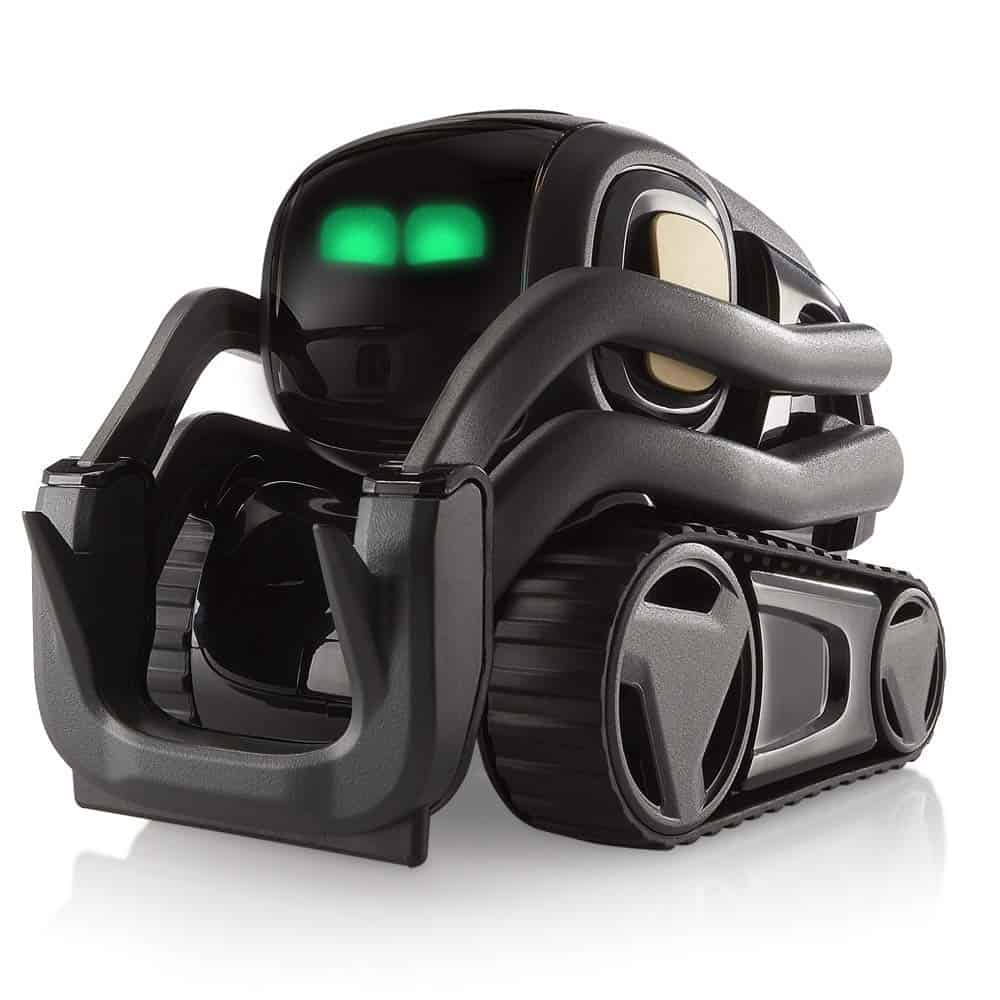 In short: Anki has just announced its first robot, which is called Vector. It’s a small personal robot that can do different things for you around the home. Think of it like Google Assistant or Amazon Alexa, but not quite as smart, and a whole lot cuter. Many are comparing Vector to a dog, because it can do tricks, come when you call it, etc. But it is smarter than most dogs. Vector is able to see you, and recognize your voice as well. So it can recognize a few different people and even say your name. Vector also has a few sensors on-board, so he knows when you are touching him, and like a dog, you can pet him so that he will relax. He will also know when you are picking him up and carrying him somewhere.

Vector is running on the Qualcomm Snapdragon 200 platform, so he does compute at a smartphone level, but he’s not going to be quite as powerful as your smartphone seeing as the Snapdragon 200 platform is the lowest-end of smartphone chipsets. There is also a four-microphone array, allowing Vector to know when you are speaking to him, as well as an ultra-wide HD camera. There are four drop sensors, which are used to detect edges and keeps him from falling off of tables and other surfaces. There’s also a six-axis inertial measurement unit here, with a high-resolution color IPS display and WiFi-enabled cloud connection which is going to help Vector learn and also get new features over time. Anki has said that it will be bringing new features to Vector, though Anki has not mentioned what exactly Vector will learn in the near future.

With the high-resolution display on Vector, he can show you different animations when you ask him questions. For example, if you ask him about the weather, it will show you the temperature and also show clouds, snow, sun, or whatever the weather currently is. So instead of just getting the usual “its 75 degrees…” response that you would get from a smart speaker, Vector will actually show you the weather. Vector is also pretty knowledgeable, you can ask him how many ounces are in a cup, definitions for different words, how to solve an equation, about nutrition, pop culture and even sports. Now Vector can’t go as far as to give you the score from last night’s game, but you can ask who won the World Series. Vector is obviously not perfect when it comes to answering questions that you might ask, but it does do a decent job here.

Background: Anki is a pretty popular brand on Amazon, but largely for its race tracks called “Overdrive”. These racing kits are pretty cool, and the cars are controlled by your smartphone, and stick to the magnets on the track. Anki has worked with some pretty popular companies for naming rights, including Universal to get rights to the Fast and Furious franchise. So you can actually race as Dom Torreto from Fast and Furious with his Dodge Charger, which is a pretty cool thing, especially for the fans out there. These have been very successful for Anki over the past few years, especially around the holidays.

However, the Vector is not Anki’s first robot. It has built robots in the past, including Cozmo. Although Cozmo was a bit of a different beast. Cozmo was a robot that was designed specifically for kids. It would help them learn things and even help them learn how to code. Which made it a pretty popular product for many parents, as they were able to let their kid sit down with Cozmo and not only be entertained for hours, but it was also an educational experience, which is definitely a good thing. So it’s clear that Anki has done a lot in the robotics and artificial intelligence space already, so bringing out Vector wasn’t a huge surprise from Anki. But what is surprising is just how polished it is, and how well it reacts to different things, especially since it’s not using Amazon Alexa or Google Assistant as its brains.

Impact: Vector is meant to be a robot that has some emotions, and with the high-resolution display, you do get some emotions from Vector as well. You can see his eyes blink, and such. Vector can also show you the time and work as an alarm clock and when the battery is getting low, it’ll head back to its dock to charge – similar to a robot vacuum. Vector is actually quite small, and probably smaller than you would expect for a robot that has this much functionality. In fact, Vector can fit in your hand, that’s just how small it is. Vector is a robot sidekick, something that Anki is trying to make into a thing. Many people are likely going to buy Vector not for the functionality, but for the personal touches here. For instance, if you say “Hey Vector”, it can answer back with “Hi <your name>” which is a bit more personal than just a tone that you would get when talking to the Google Assistant and Amazon Alexa.

When you first pick up Vector, you’re going to want to read the instructions as there are plenty of instructions on getting started with Vector. This includes getting it setup with your WiFi, and also pairing it with the app. This is because you can control Vector with the app, and you can also access the images that Vector takes with his camera through the app. This is because you can tell Vector to take a picture of yourself with its camera. Or take a picture of something else as well. That is a pretty neat feature as well. Vector is available on Amazon right now, and it’s going to cost you $249. So it’s not a cheap robot – though compared to some other robots out there, it is actually somewhat cheap. You can pick up Vector from Amazon using the link down below.