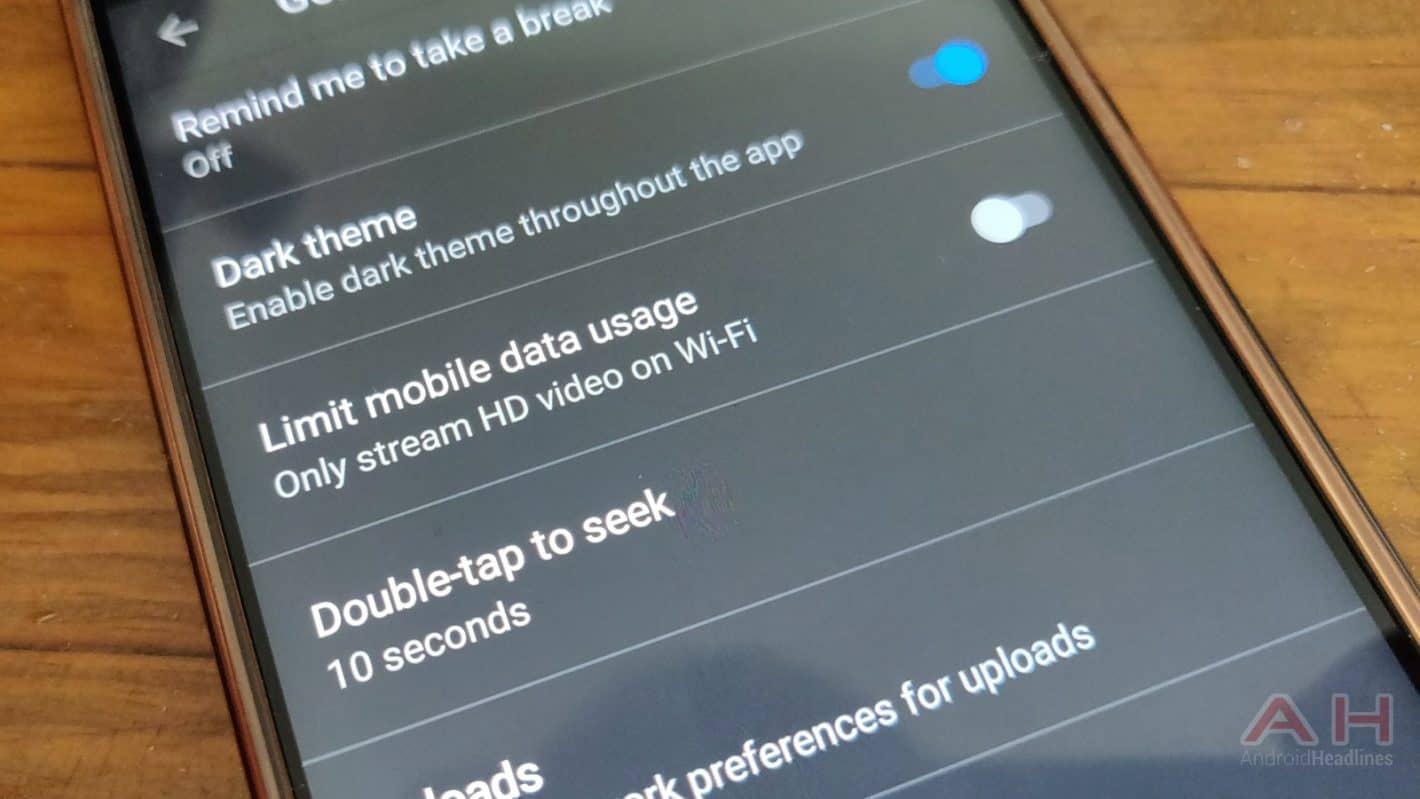 Dark Mode for YouTube app is finally here. This feature has first been mentioned way back in March, and a report surfaced at the beginning of August, stating that some users have started getting the feature. That being said, it seems like Google was only testing the feature last month, and it’s now available to everyone. First and foremost, it is worth noting that this is a server-side change, and read on if you’re interested in getting access to it.

Make sure your YouTube app is updated, despite the fact this is a server-side change, and after that, go into multitasking and swipe away YouTube card. Once you do that, head over to Settings, navigate to your installed applications, find YouTube, and clear cache. Once you do that, open YouTube, and on the main screen, click on your profile icon in the top-right corner. In that menu, hit “Settings”, then “General” and there you should be able to see “Dark Theme” option. Flip the switch, and you’ll gain Dark Mode for YouTube. Do keep in mind that the option may not become available to every single one of you after you do everything we’ve listed, some of you may need to clear data as well. Truth be said, if you’re willing to wait, you don’t need to clear cache either, this feature will roll out to everyone in the coming days, or maybe a week, without you having to do anything at all.

That is more or less it, once you flip the switch, the background of the app will become dark Gray, instead of white, and browsing YouTube will become far more comfortable during the night, or when the light is scarce. Dark Theme for YouTube has been a long time coming, and Google has finally decided to push it out, following a dark theme for Android Messages. It remains to be seen if Google plans to release such a theme for the rest of its apps, like Gmail, Google+, and so on.