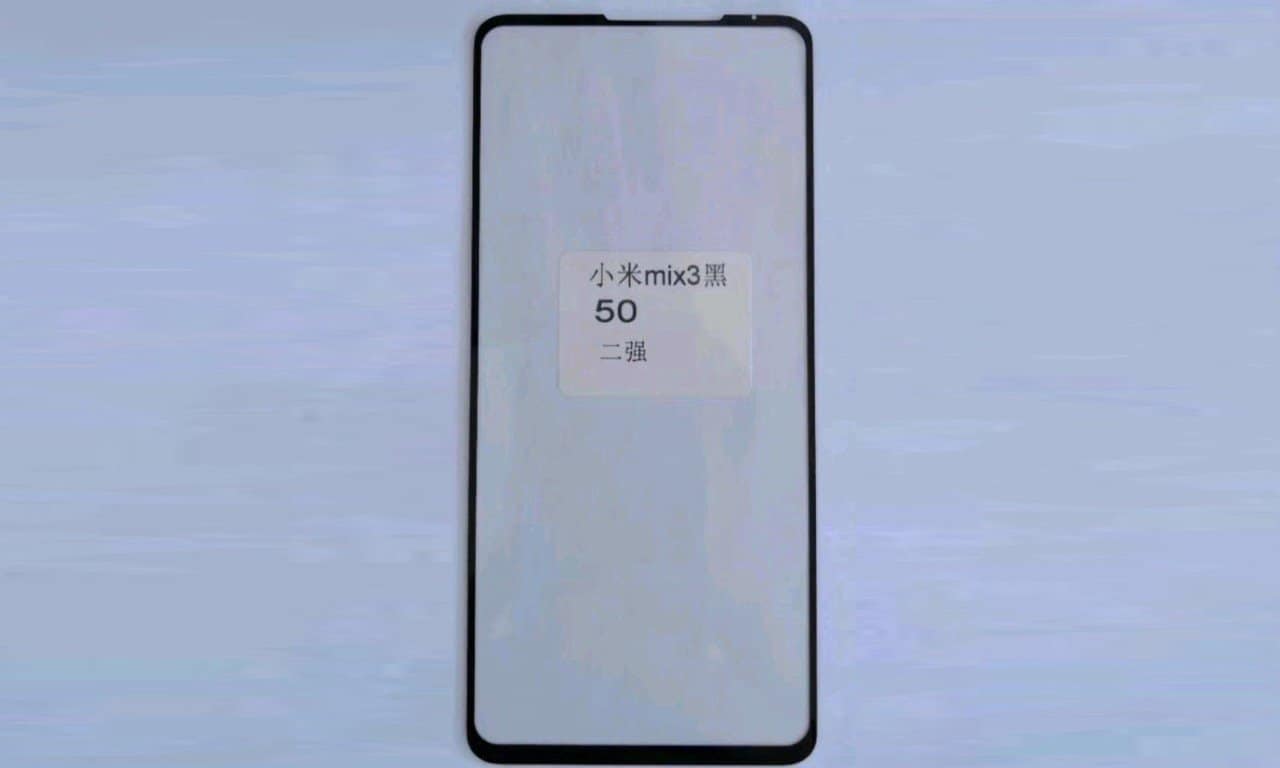 The Xiaomi Mi MIX 3 had been shown off by the company's spokesperson recently, and the phone's front panel has just surfaced as well. If you take a look at the provided image, you will notice that the phone will not sport a notch, as the recently-shared image confirmed, and its bezels will be extremely thin. The thickest bezel on the Mi MIX 3 will be the bottom one, though it will be only a hair thicker than the side and top bezels.

Having said that, the company's spokesperson, Donovan Sung, shared an image that confirmed that the phone will sport a sliding mechanism, similar to the one on the OPPO Find X, but unlike the OPPO Find X, the Mi MIX 3's mechanism will be reversed. The OPPO Find X's rear-facing cameras are hidden by the sliding mechanism, and they surfaced once you side them out, the front side of the phone slides up. Well, in the Mi MIX 3's case, it will be the other way around, as this phone's front-facing camera(s) will be hidden away, and once you slide the back of the phone up, it will reveal itself, while its rear-facing cameras will be accessible at all time.

The Xiaomi Mi MIX 3 is expected to arrive in October, and it will almost certainly be fueled by the Snapdragon 845 64-bit octa-core processor. We still did not see the back side of the phone, so we do not know if it will sport a rear-facing fingerprint scanner, or an in-display one, but rumors are suggesting that it will be the latter. The phone will ship with at least 6GB of RAM, both 6GB and 8GB RAM will probably be available, while the device's display will be quite large, at least 6 inches in diagonal, probably even more than that. Android 8.1 Oreo or Android 9 Pie will come pre-installed on the phone, while Xiaomi's MIUI 10 skin will be included on top of it.