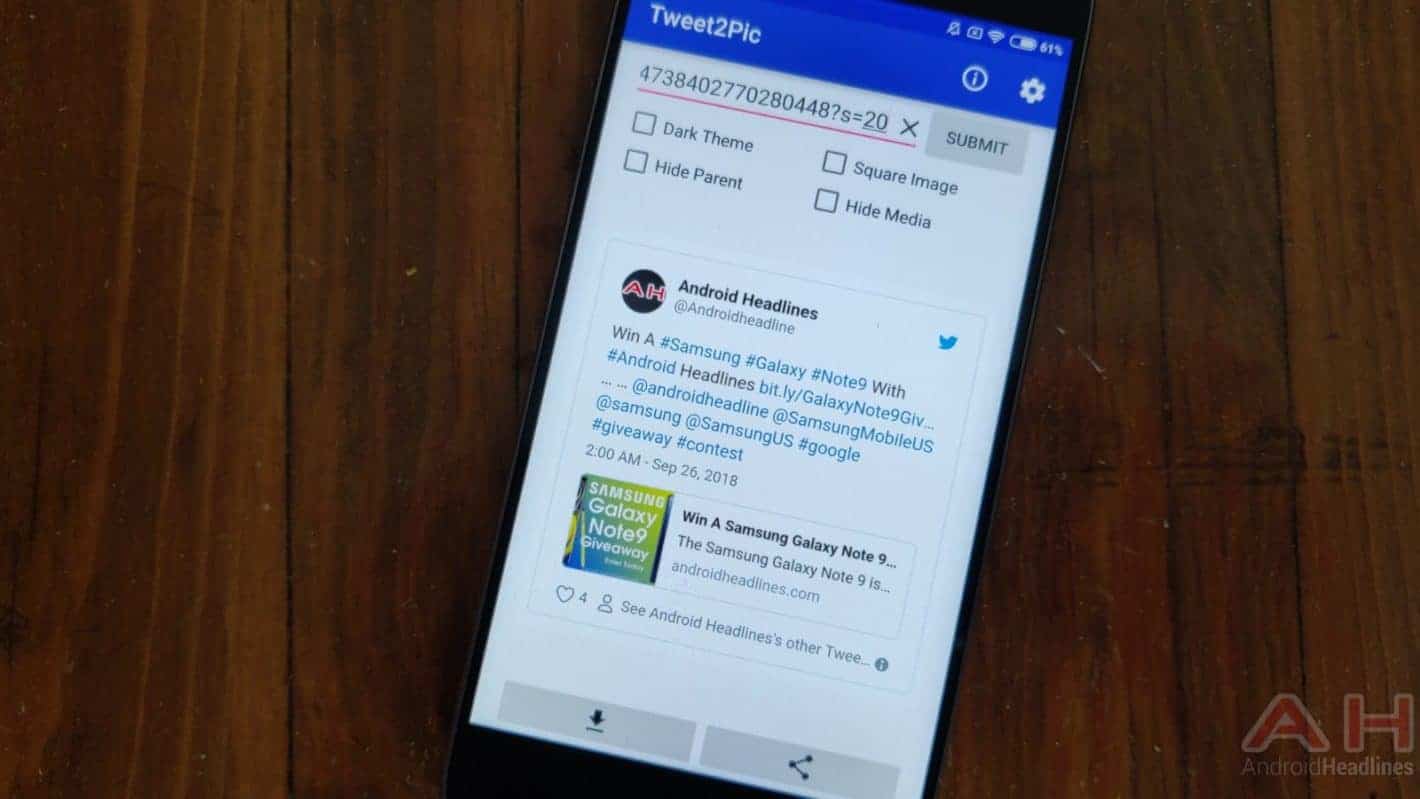 In Short: Tweet2Pic is a new application that surfaced in the Google Play Store. This application has one purpose, and that is to transform your Twitter tweets into images, so that you can share them wherever you want. Now, you can, of course, take a screenshot of your tweet and share it that way, but this app cust the whole process of taking a screenshot and cutting an image in order to fit specific ratios. This app will cut your tweets perfectly, and make the whole process automatic, which can be useful if you’re an avid Twitter user and you take a lot of screenshots. This app comes with a dark theme as well, while its design is really clean, flat. This app comes with no ads, and it’s completely free to use, not to mention that it currently holds a 5-star rating in the Play Store, after 19 reviews (at the time of writing this article).

Background: The Tweet2Pic app has been published by a developer called ‘Hackesta’. That very same developer has three apps published on the Play Store thus far, not counting Tweet2Pic. Those apps include The Great RGB Color Game, KPC, and Evolve CP Calc. for Pokemon Go. None of those apps are extremely popular, but the latest app that the developer released has potential, as Twitter has a huge userbase. Tweet2Pic is currently in version 1.4.1, and it has been available via the Play Store for a short period of time, but it hasn’t really reached that many people just yet.

Impact: Most Android smartphones these days come with some sort of editing tool for screenshots, usually as a part of their native gallery application. Taking a screenshot is easy, as is editing it, but for one specific purpose, Tweet2Pic is far more useful, as it will take care of everything automatically. This app is very light (2.3MB), and in case it sounds appealing, give it a shot, it’s free, and the download link is included down below. 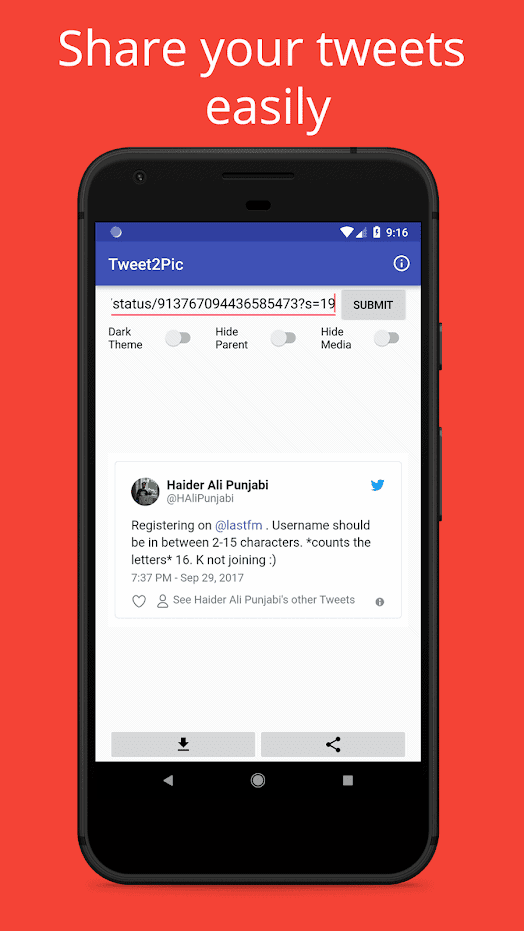 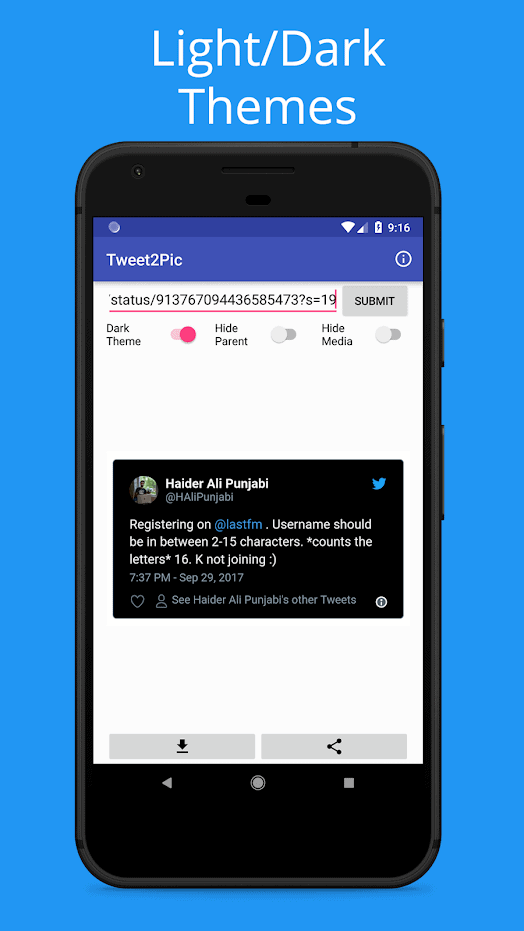 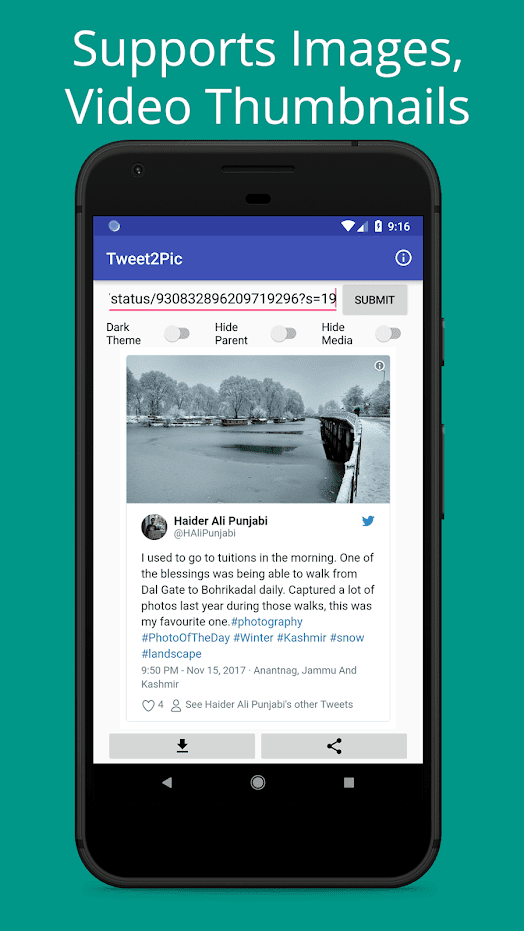 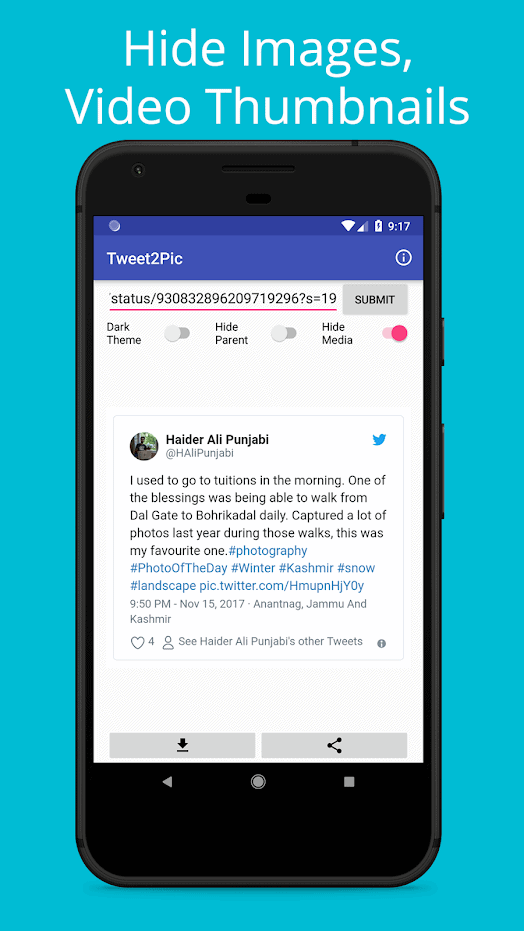 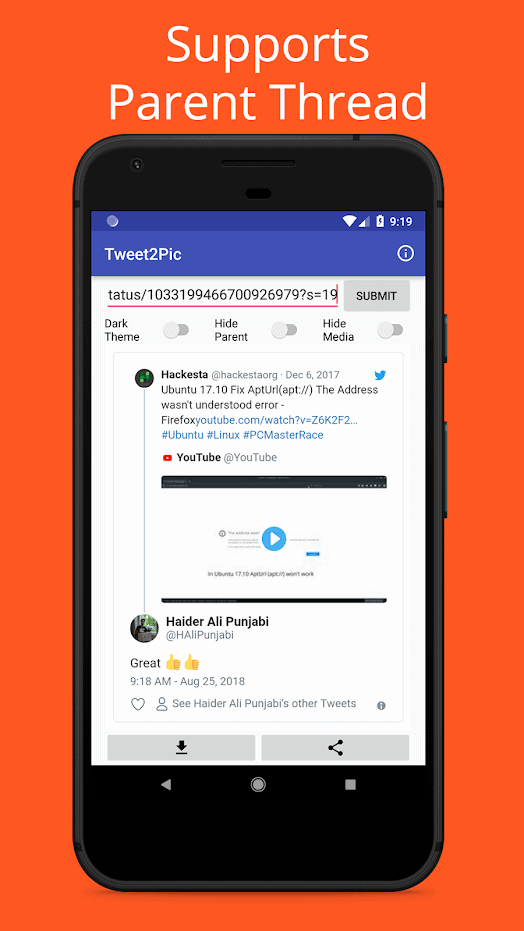 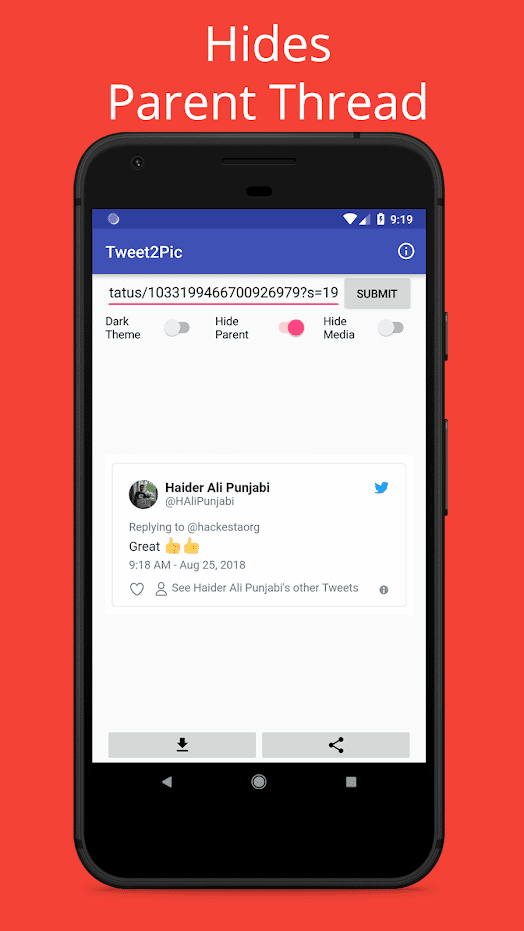 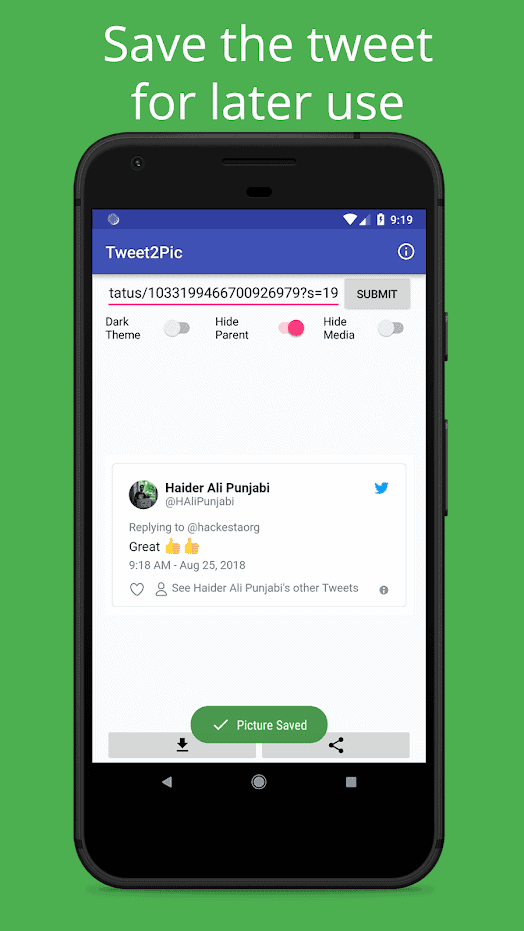