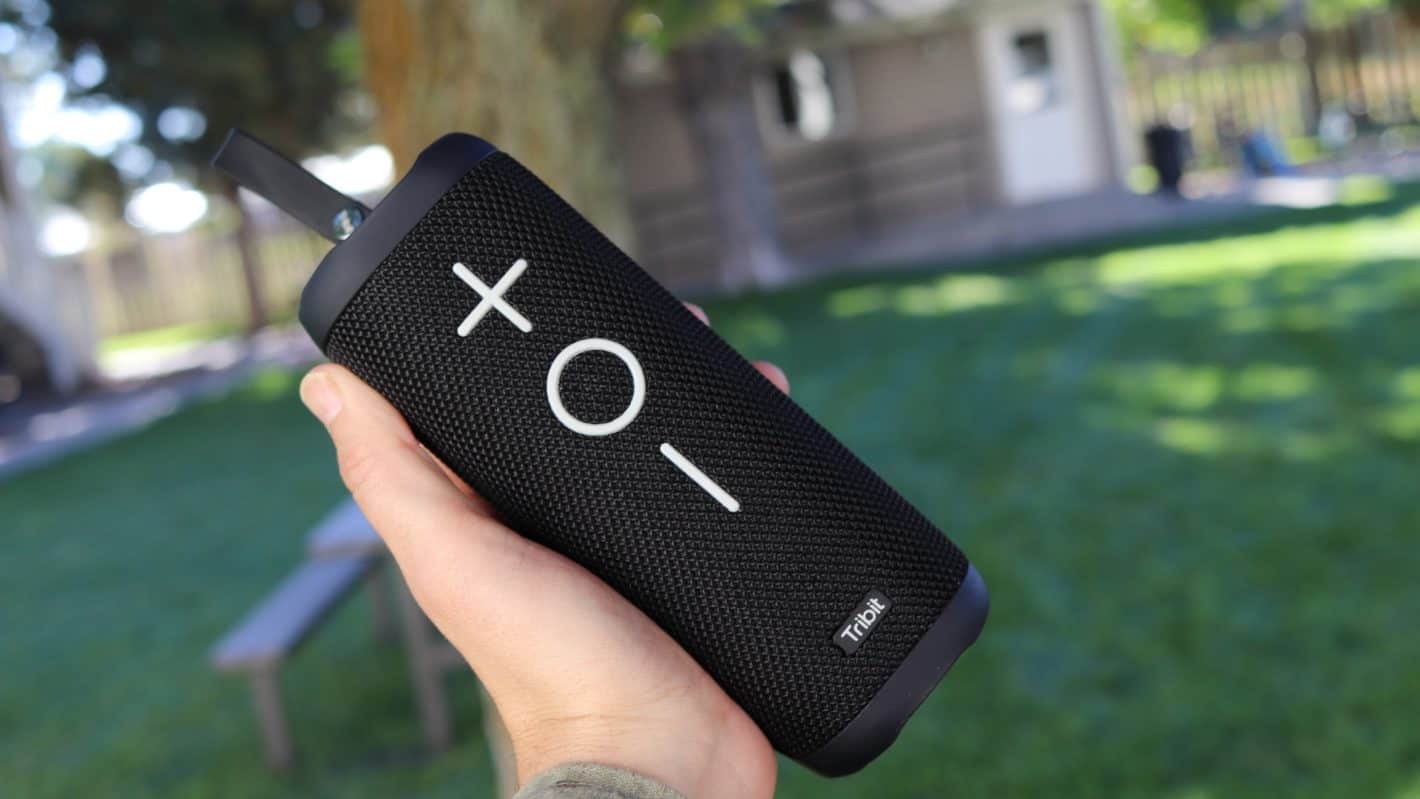 The XBoom puts out a lot of sound from a relatively small and very rugged package.

Tribit has built quite a reputation over the years when it comes to high-quality audio solutions that don’t necessarily break the bank and its new XBoom ruggedized portable speaker is no exception to that. Currently on sale in a black variation at the company's official Amazon listing for just $69.99, the XBoom may even be one of the most high-value devices in its category right now. The accessory features waterproofing, a 20-hour battery life, and clear audio delivered at a full 24-watts across two 360-degree speakers drivers. Neither style or build quality has been left on the drawing board either and, after thorough testing across multiple genres of music and a couple of podcasts, there are almost no caveats to speak of. All of that and more makes this speaker well-deserving of a closer look, at very least. 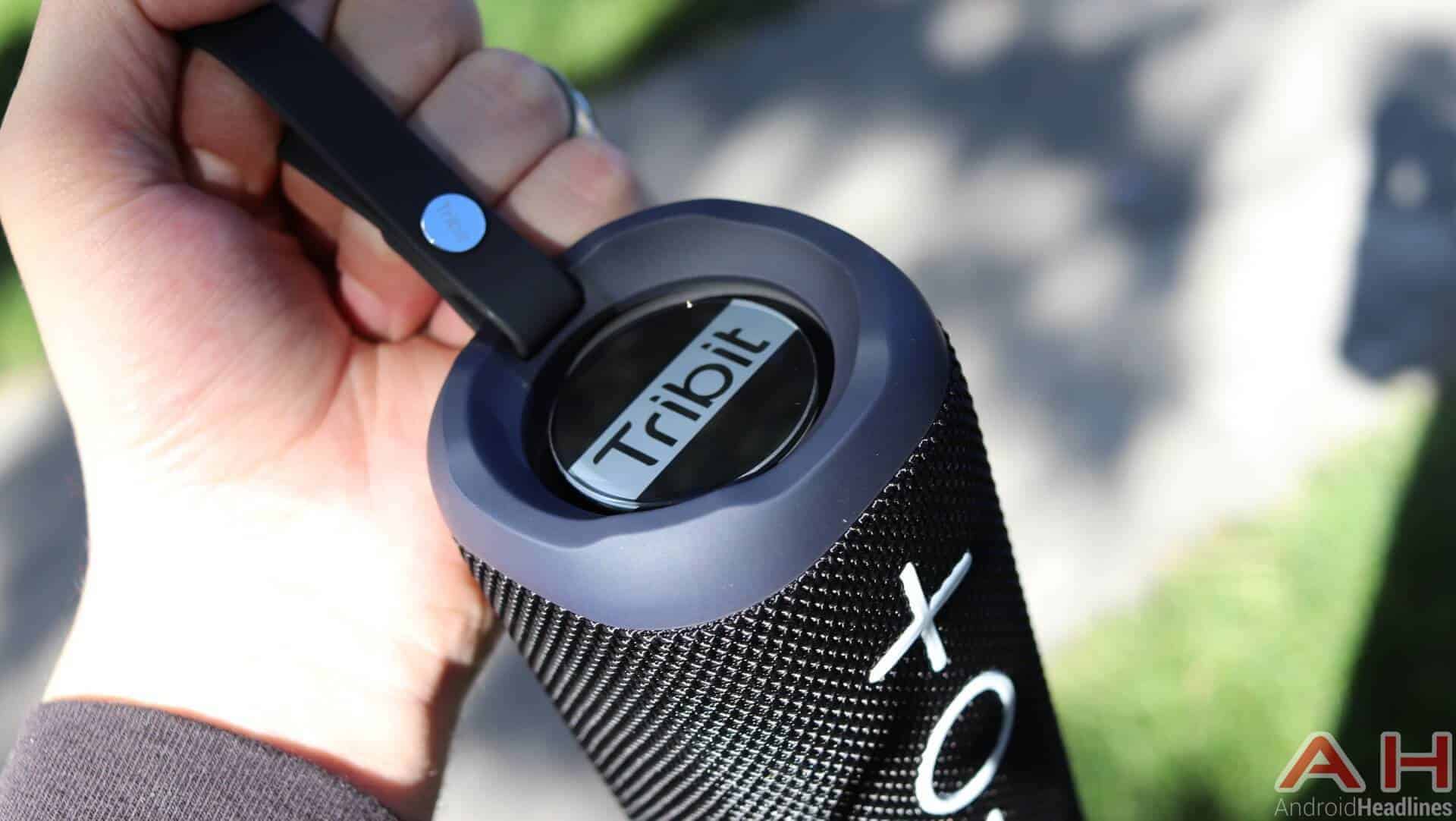 Tribit’s XBoom speaker is comprised of two 45mm and two passive subwoofers backed by a 24-watt driver and backed into a 68 x 180 x 68mm cylinder for 360-degree audio. The built-in 5,200mAh battery takes around 4-hours to charge via micro USB at 5V/2A with the included cable and can play music or other audio for up to 20 hours through either one or two XBoom devices simultaneously. Connectivity is provided over Bluetooth 4.2 and the speakers themselves are covered in a premium cloth material in spite of the design's IPX7 ruggedization, allowing for splash protection and device survival at up to 30 minutes under 3-feet of water. The speakers combine for a signal-to-noise ratio rated at over 80 dB with a frequency range between 70 Hz and 20 KHz. That's all topped with a silicon overall build, featuring several useful buttons for extended functionality, and a similarly fashioned strap for easy transport with a total weight of around 545 grams. 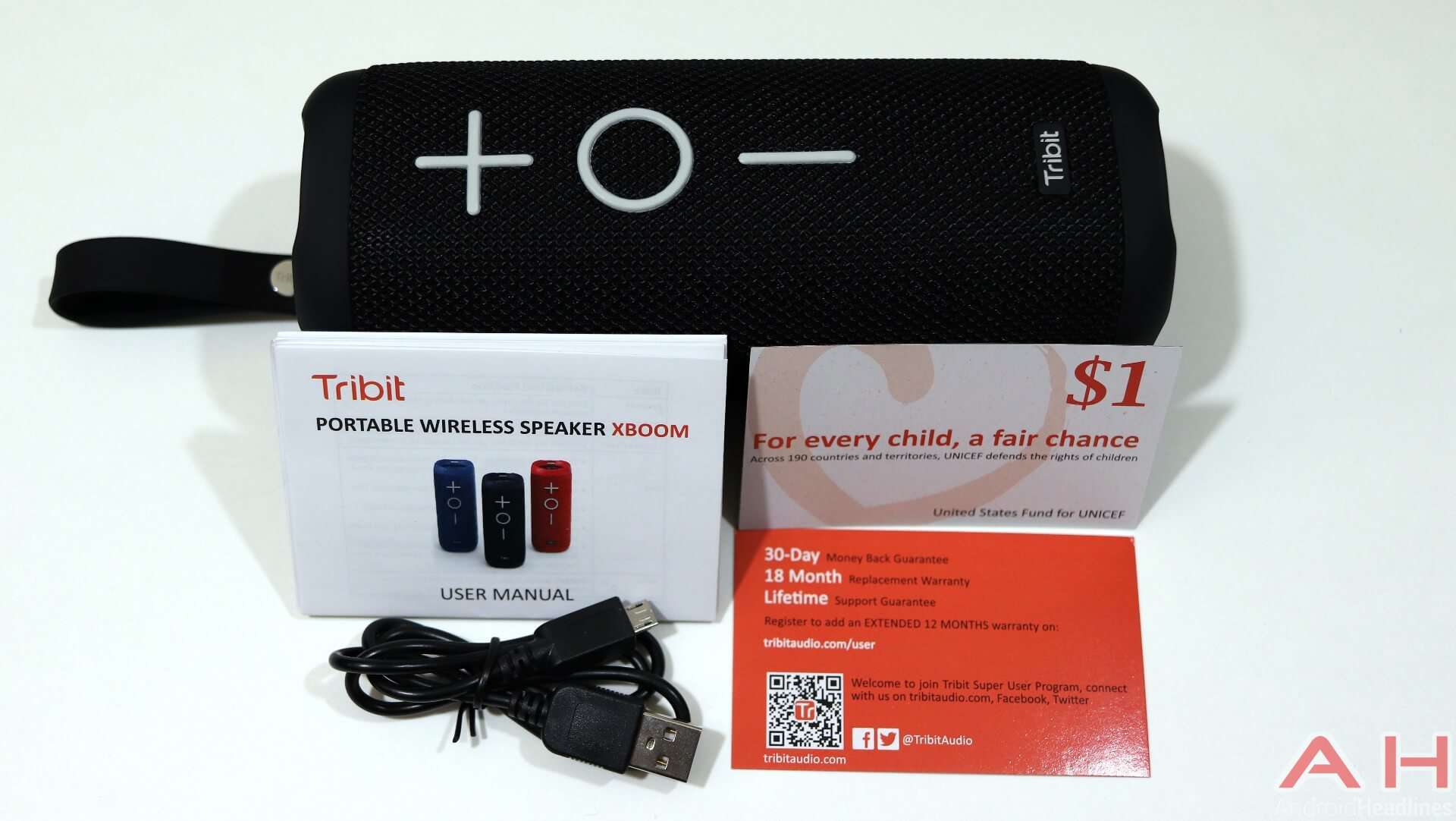 In the box, Tribit ships its water-resistant high-end speaker with a user manual and the speaker itself. The user manual comes in several languages with detailed diagrams for ease of use and a good explanation of how the multi-function button works. There’s also a short USB to micro USB charging cable but it’s worth noting that is very easy to overlook. The company tends to hide its cables in the hollowed-out inner cardboard lining in the package. There’s really no indication that’s where it’s at, either. That can be a bit confusing since buyers will basically need to pull out every last bit of packaging just to find the charging cable and may actually be one of the few drawbacks to this particular device. 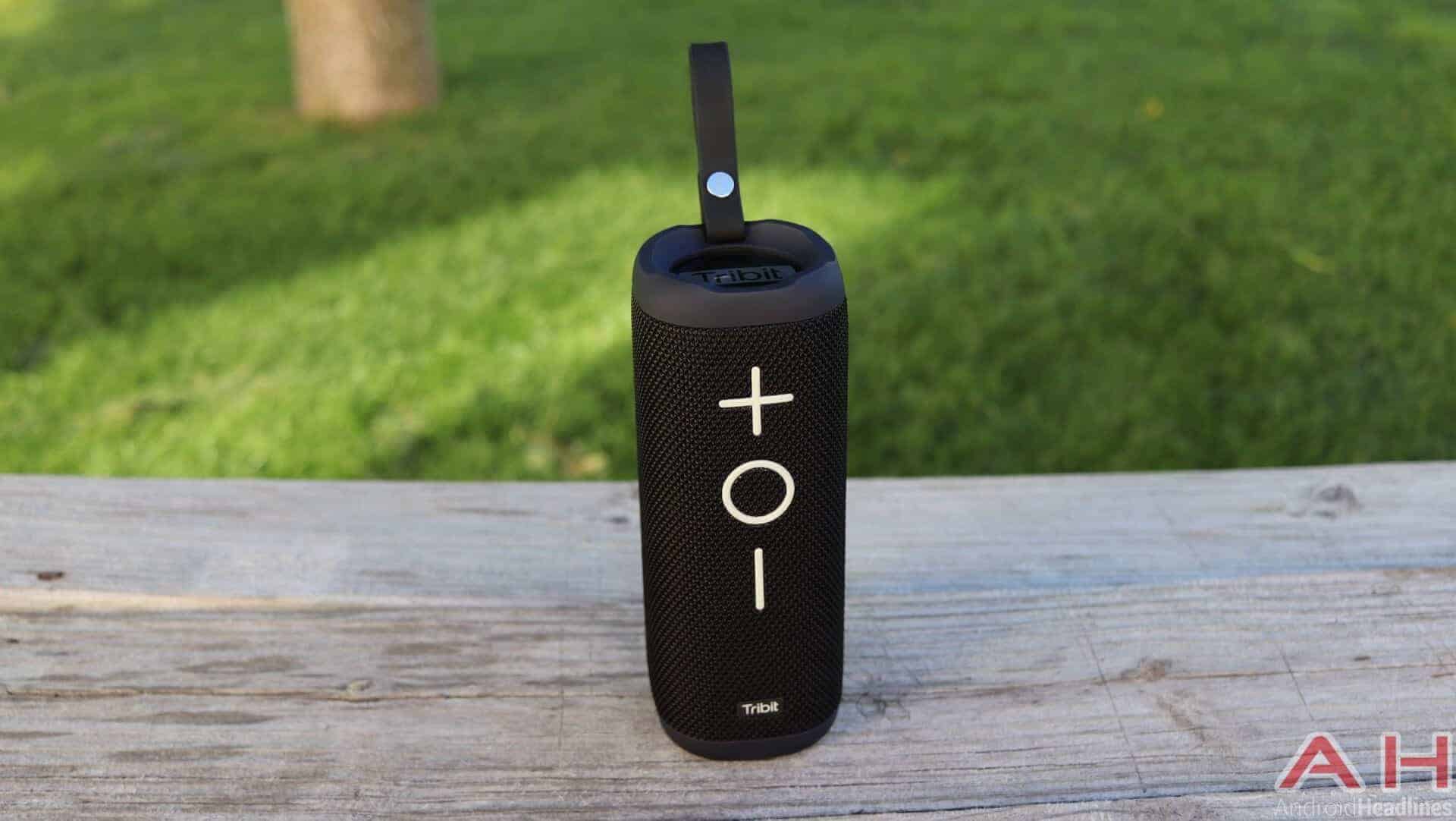 In terms of hardware, Tribit’s design is straightforward and effective at delivering optimized sound in a rugged build in a black coloration – although the user manual also shows a red and blue version that isn't seen at the official website as of this writing. The cylindrical shape is only broken by a slightly flat section at the back where a micro USB port and AUX input are positioned below three buttons and under a thick protective silicon flap. Although that’s wrapped in a premium-feeling speaker cloth, the rugged silicone ends will do a great job of protecting the passive subwoofer located at either end. The button markings on the front are silicone and embedded in a way that makes them feel almost stitched into that outer wrapping.

On the other hand, the buttons at the back are made of a silicone material as well for waterproofing purposes. So it doesn’t feel as though there’s much the average user could do to break this speaker without being either careless or deliberate about it. Even the silicon strap is made of sturdier material, in addition to being bolted together with thick flathead-topped hardware so that it can be tightened down if it becomes loose.

Meanwhile, the buttons all have a satisfactory feel when pressed and respond quickly to inputs. With regard to what those buttons can do, there is a power, Bluetooth, and an 'XBASS' button at the back. The front has a plus, minus, and multi-function circle button. Starting at the back, each of the buttons does precisely what its designation implies. The power button also lights up to show that the speaker is on or what connectivity state the speaker is in while four LEDs in-between indicate battery level. The XBASS button turns on or off bass boost and lights up when that's been turned on. On the front, the plus and minus buttons control volume while the circle key can be used to control media playback or to answer, reject, or end a call. That also serves as a way to activate voice dialing via a connected smartphone. All of that is backed by a limited 18-month warranty outlined in the manual. 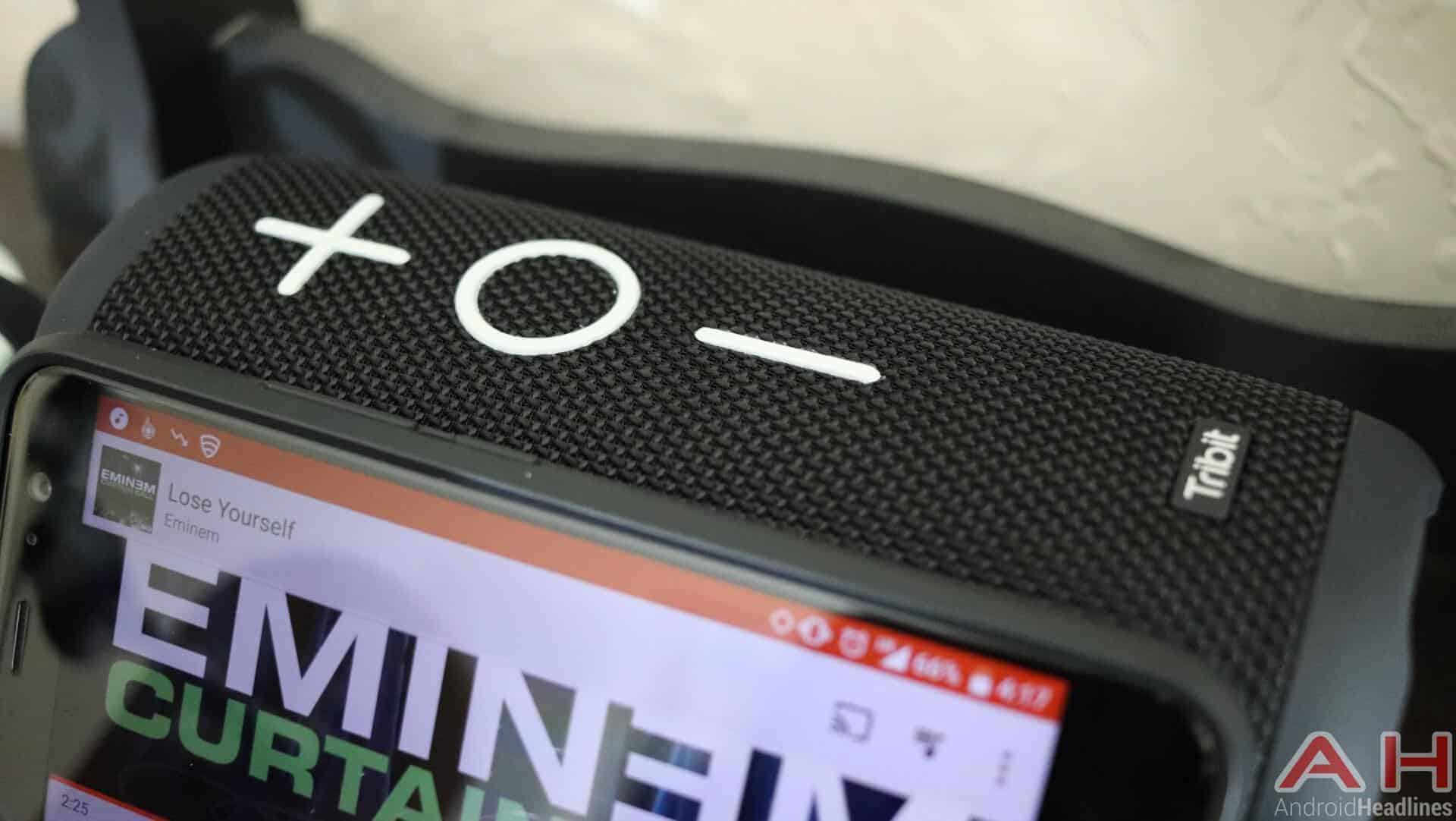 As good as the build quality of Tribit’s XBoom is, audio quality is obviously going to be the feature that matters most in a speaker that’s ordinarily priced at $99. The good news is that this is one device that doesn’t disappoint. That’s not to say the “boom” name is necessarily 100-percent accurate. No company has yet devised a way to engineer a speaker quite this small and still deliver heart-stopping thumps at every kick of the bass drum or thrum of the bass guitar. Bearing that in mind, the bass tones are substantially more powerful than is often found in a Bluetooth speaker and crystal clear to a point. We’ll address that point momentarily but the mids and lows are excellent and carry through in a well-balanced fashion as well.

Overall, the quality of noise put out by the XBoom is beyond acceptable and bordering exceptional, with consideration for the price. That remains true whether the volume is at its lowest or at its loudest. In short, both the consistency of output and balance is actually quite exceptional here. Bass tones can get washed out and tend to produce some slight static in the higher pitched low tones if both the source volume and speaker are set at maximum volume. That’s not a deal-breaker since this speaker is plenty loud, to begin with, but does show where just the tiniest bit of optimization could still have been undertaken by Tribit. Throughout most of our test period, we simply clicked the volume of the speaker itself down a single click and the problem disappeared entirely. In fact, the passive subs at the ends compress and push so well that we couldn't help but place various lightweight objects – very carefully – on top just so we could watch them bounce up and completely out and off of the table. 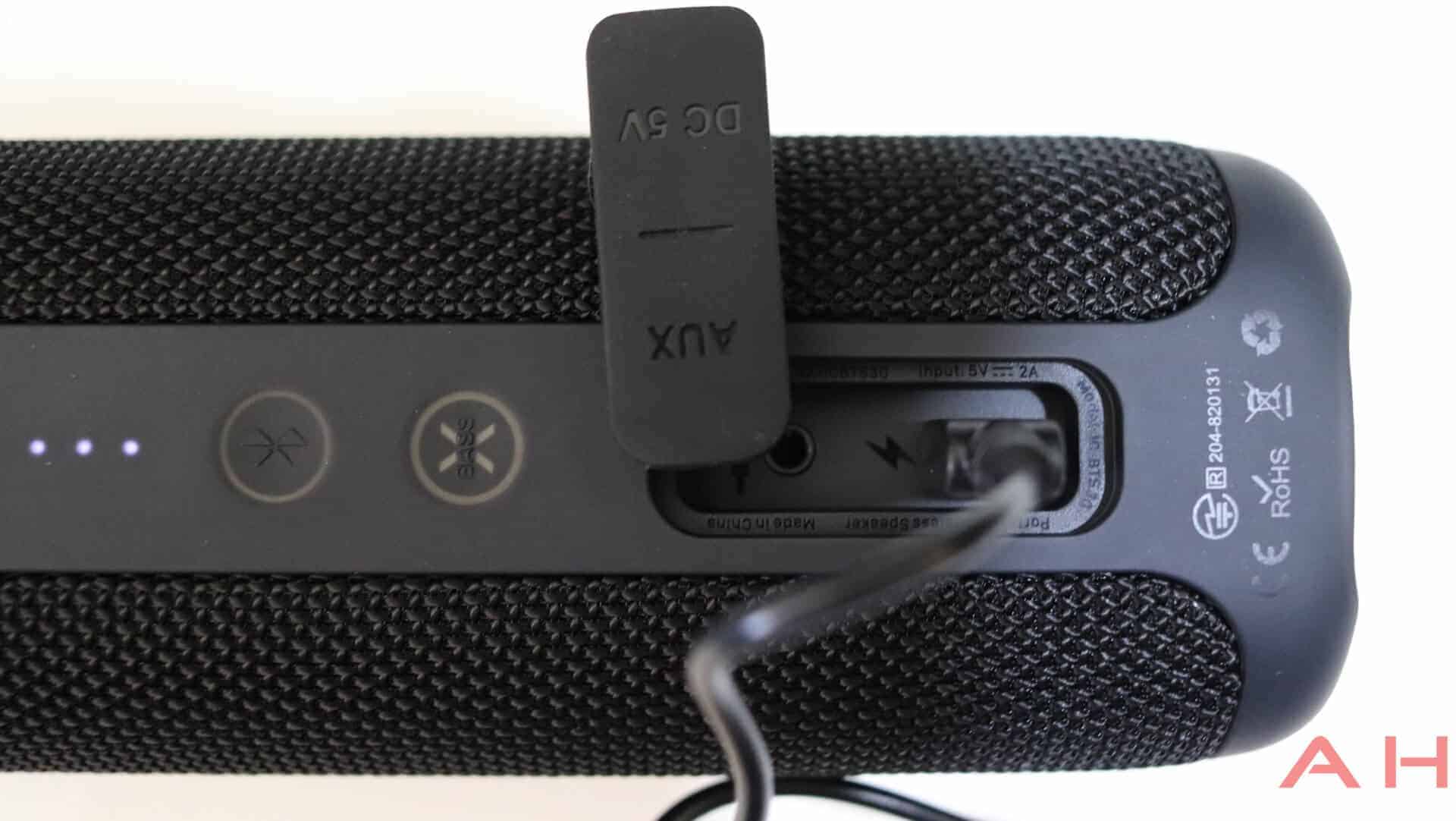 For connectivity, up to two speakers can be synced up wirelessly over the same Bluetooth 4.2 link used between XBoom and a smartphone or other input. That allows for up to 66-feet of distance at a maximum and 360-degree, dual-stereo sound. We weren't able to test this particular feature since our test setup only included a single device but the results, if our use of the device is any evidence, would be impressive. With that said, that may also bring down the overall battery life. If connectivity becomes an issue for whatever reason, the volume keys can be held together for five seconds to reset everything.

The battery life seen with Tribit's latest speaker is fair, given the sound output and volume XBoom can achieve. The company rates the speakers at 20-hours with moderate use and that holds true in our tests of the device. We set the volume at just above half – plenty loud to fill a small apartment or associated courtyard with clear audio tones – and saw just over 19-hours before charging up. The charging time claimed is accurate as well at just over four hours to fill the battery from completely dead. So the XBoom should last well beyond the average timeframe for use and will be ready to go again to at very least finish the night off in just an hour or so.

As alluded to from the beginning, Tribit has really gone out of its way to put forward something here that isn't content to sit amongst all of the hundreds of other options available for Bluetooth speakers. It isn't necessarily unique in its aesthetics since tube or pill-shaped speakers are the current go-to on the design front. However, it does offer above-par sound delivery at a full 360-degrees and at a volume that can be heard at a distance and at the center of a party or gathering. Clarity remains present despite the volume at all but the highest setting and that only really becomes a problem when both source device and the speaker are turned all the way up. What's more, its sale pricing at just a tad under $70 places it in the same bracket as a more typical six-watt portable speaker. In fact, even at full price, the Tribit XBoom is going to feel like a bargain.

Buy The Tribit Xboom
Advertisement
Trusted By Millions
Independent, Expert Android News You Can Trust, Since 2010
Publishing More Android Than Anyone Else
44
Today
252
This Week
253
This Month
4998
This Year
106473
All Time
Advertisement