Nostalgia is one of the stranger, more bittersweet emotions out there, but many seek it nonetheless. There are a large number of games on Android that recall bygone eras, and more than a few ways to replay the games of those eras outright. Here are the 10 best retro games on the Play Store right now. 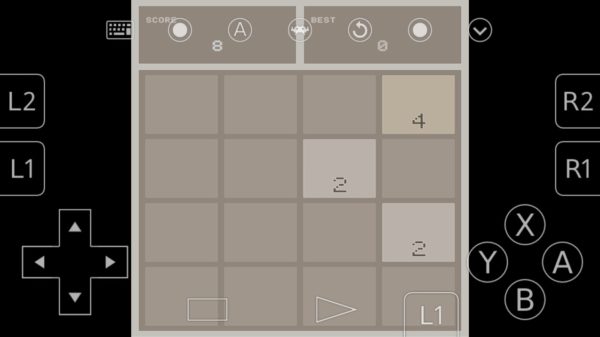 This is the one retro gaming app to rule them all. It’s packed full of classic game emulators for systems like the Super Nintendo, Sega Genesis, Atari 2600 and more. As a bonus, you can use it to play LucasArts’ point and click adventure games through SCUMMVM, the classic indie game Cave Story, many versions of Doom, and more. It’s a bit technical, but once you’ve figured it out and loaded up the ROMs and data for games you want to play, the retro gaming world is your oyster. 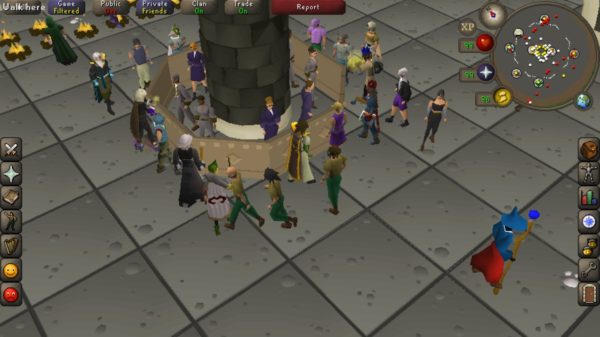 No small number of people played RuneScape back in the day. The browser-based MMORPG was one of the most successful of its time, and helped set the mold for many contemporaries to come. RuneScape has moved on to a more modern format that’s in line with current games, but those who long for the older version can not only still play it on their PCs like back in the day, but can now take it with them wherever they please. 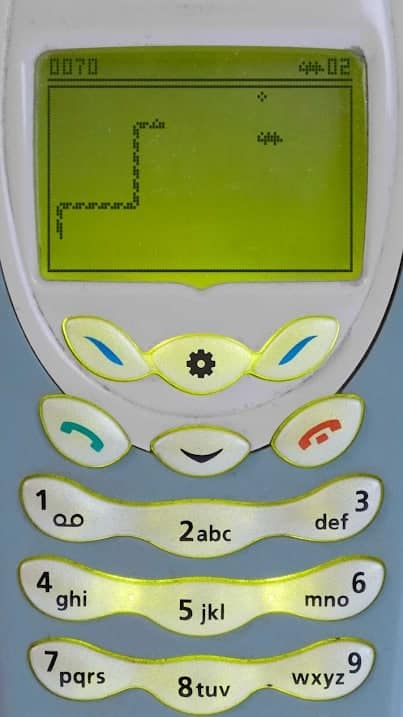 Not long before the age of Runescape, people were enjoying Snake en masse on the Nokia phones and other gadgets of the day. This game emulates that experience, and even puts a frame around the action that recalls old phones and allows you to play by pressing the virtual buttons on them. 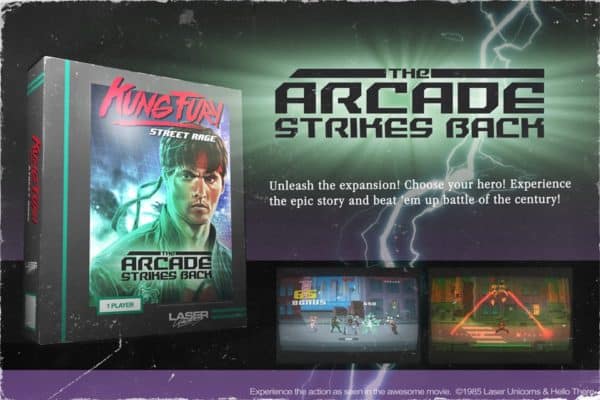 Kung Fury is one of the most ridiculous homages to ’80s excess in existence, and the incredibly fun movie has an incredibly fun tie-in game. This mobile beat-em-up is free, and features in-app purchases, as opposed to paying on entry for the console and PC versions. Playing as Kung Fury and a smattering of other characters, your only concern is smashing baddies’ faces in while grooving to the excellent soundtrack and listening to the skillfully acted voiceovers. 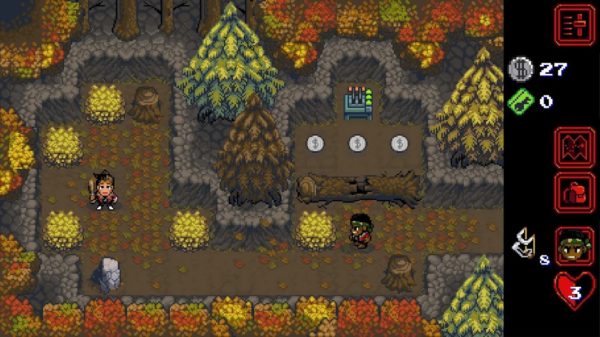 Netflix’s Stranger Things series is all about the ’80s horror aesthetic, and the tie-in video game is just as retro, albeit in a different era. The top-down adventure game evokes top-down classics like The Legend of Zelda: A Link to the Past and Beyond Oasis. You’ll be running around Hawkins using each character’s unique abilities to solve puzzles and navigate the environment as you follow a side story set in the show’s universe. 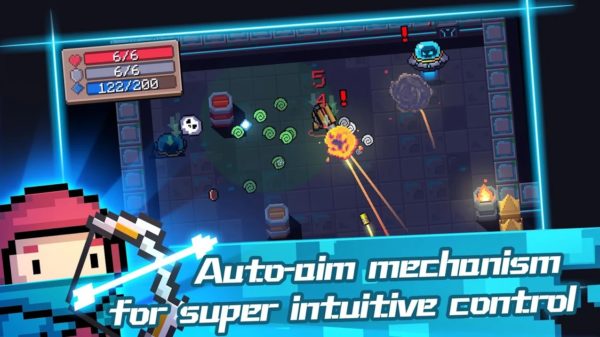 This hybrid dungeon crawler and top-down shooter sports a charming retro aesthetic, juxtaposed with tons of modern gameplay features. Smooth and intuitive controls, tons of enemies, over 170 different weapons, and a stable of unique heroes with distinct strengths, weaknesses and skills make this one worth checking out for anybody into old-school action games, top-down shooters, or dungeon crawlers. 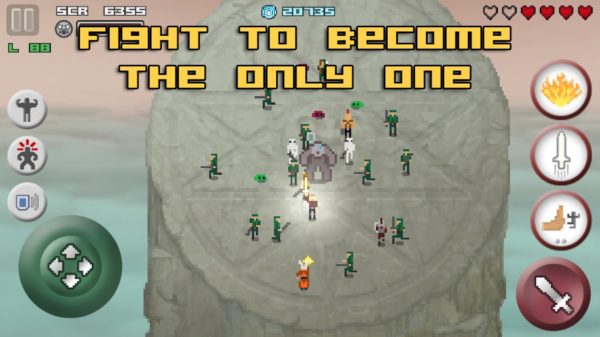 This is another modern game with a retro aesthetic. Unlike the previous entry in this list, however, this one is about as dead-simple as it gets. Pick a character and a weapon, and shove your enemies off a giant pillar. Seriously. That’s it. The game has a surprising amount of depth, hundreds of enemy types, and complex character progression. 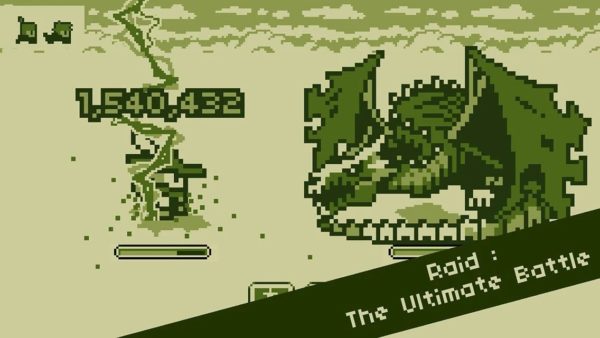 This is another deceptively simple game. There’s a ton going on in the background, but what everything boils down to, as the title implies, is launching your attacks and dodging with just the right timing. This is a practice makes perfect sort of game; there is character progression, but quite frankly, if you stink at the game, none of it will matter; enemies will obliterate you in a matter of seconds. The whole ordeal is set against a backdrop of classic Nintendo Game Boy palettes and resolutions. 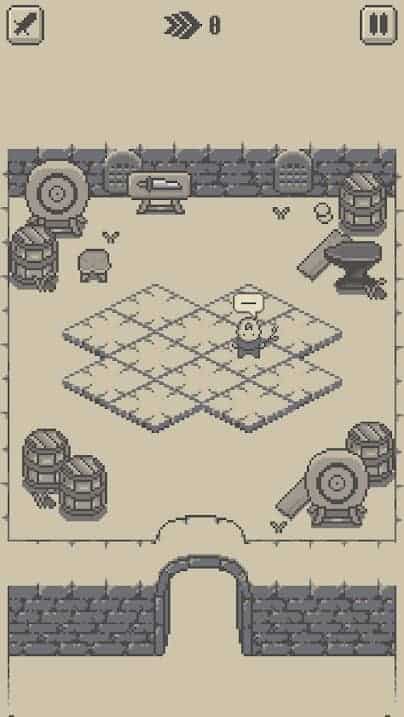 This one has a similar style to Timing Hero, but is actually a strategy game. You’ll direct monochrome knights around a diagonally-oriented board to protect towns and strongholds from enemy invasion. As a bonus, this is a portrait-orientation game that can be played with one hand, and it can also be played offline. 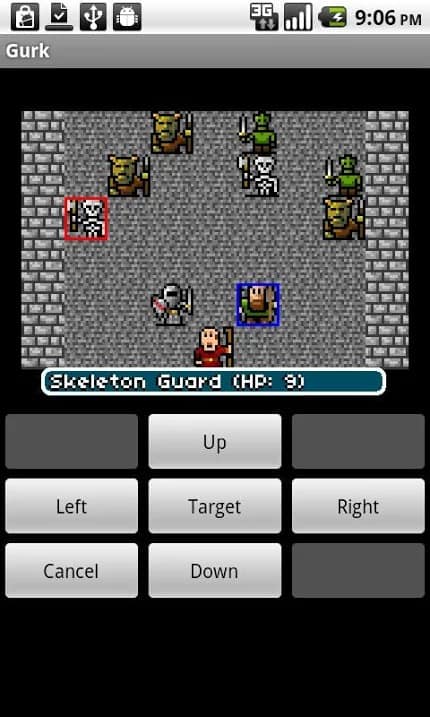 Rounding out the list, we have an 8-bit, old-school RPG that looks and feels a lot like the PC fare of the late 80s and early 90s. This old-school dungeon crawler clings to its roots, keeping everything fairly simple. Navigate your band of heroes through deep dungeons and take on the beasts inside in turn-based combat. This is the first in a three-part series. This one is free, the second game is $0.99, and the third is $1.99.