Poker is one of the most popular card games out there, if not the most popular one. Well, there are a ton of poker-related applications published on the Google Play Store, and in the list down below, you will find our top 10 favorite ones, just in case you’re looking for a new poker app / game to entertain yourself. That being said, apps that are listed down below are not listed in any specific order, so keep that in mind. 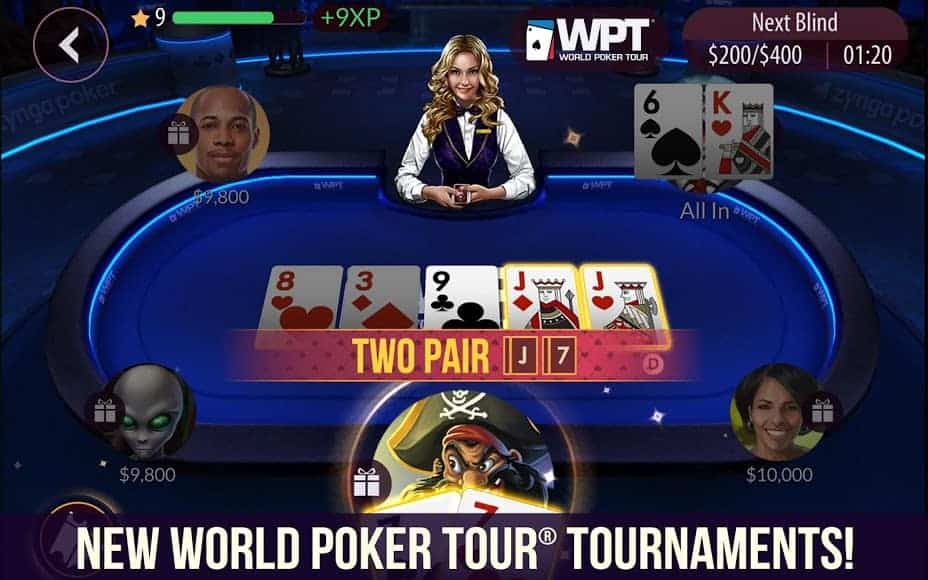 Zynga is a very well-known game developing company, and its Poker game is one of the most popular ones around. This is Texas hold ‘em poker, and it lets you play poker against a ton of people around the world. This game comes with a VIP program which offers various benefits, and you can earn free chips inside the game. You can join various poker leagues in Zynga poker, while the game is free to play. 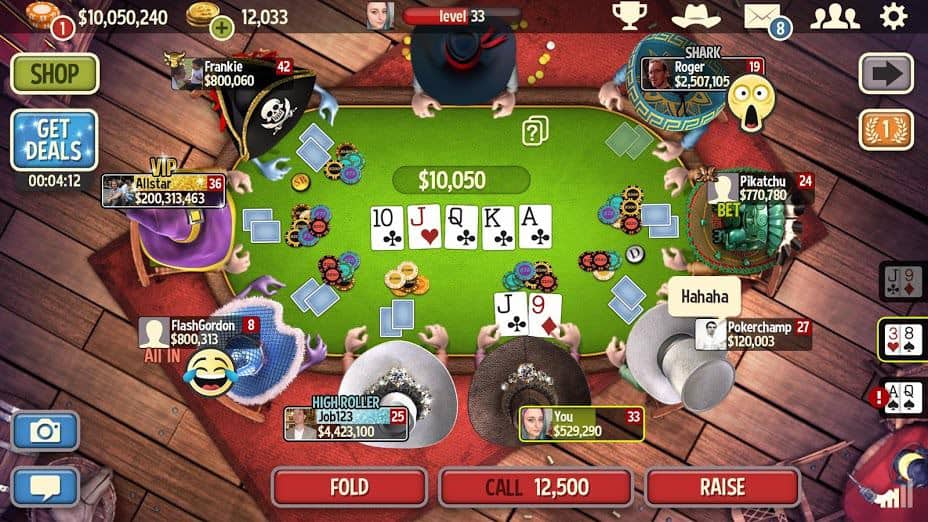 Governor of Poker 3 is only one game from the series, but it’s also the best one, arguably, of course. If you’re into Texas hold ’em poker, this game may appeal to you. There are seven Texas hold ‘em poker types included in this game, while you can play this with your friends as well. You can win free chips in Governor of Poker 3, while chat with other players is also supported. 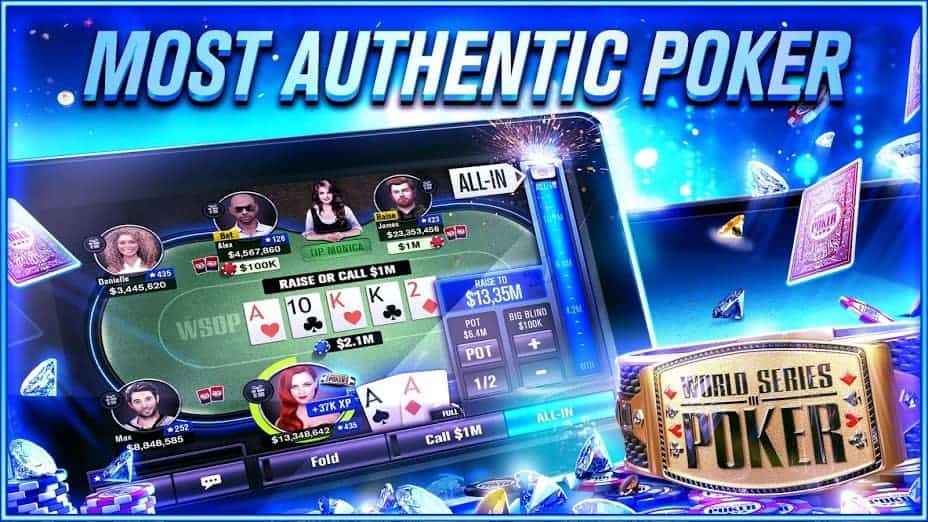 World Series of Poker is definitely one of the most popular poker games around. Millions of players are playing it, and over 10 million of them downloaded this app from the Play Store. You will get free chips every four hours in this game, while Texas hold ‘em tournaments are included in this game. You can check out poker statistics in this game, while ‘Guest Mode’ is also available, and the same can be said for the Slots mini-game. 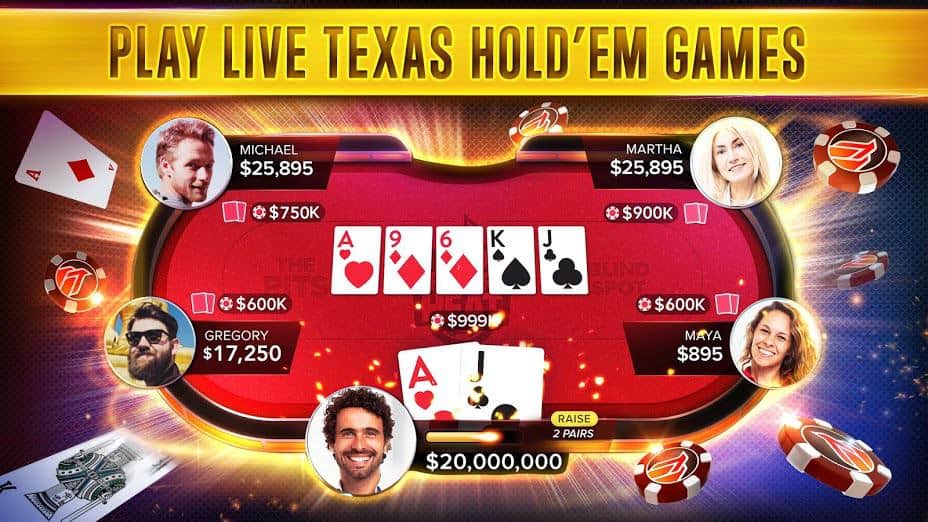 Poker Heat is an online poker game made by the creators of World Series of Poker, a company called Playtika. This game contains poker leagues, like many other games included on this list, and you can get daily bonuses in this game, along with all types of other free perks. This game does contain ads and in-app purchases, but you’re not forced to buy anything you don’t want, that actually applies to other apps on the list as well. 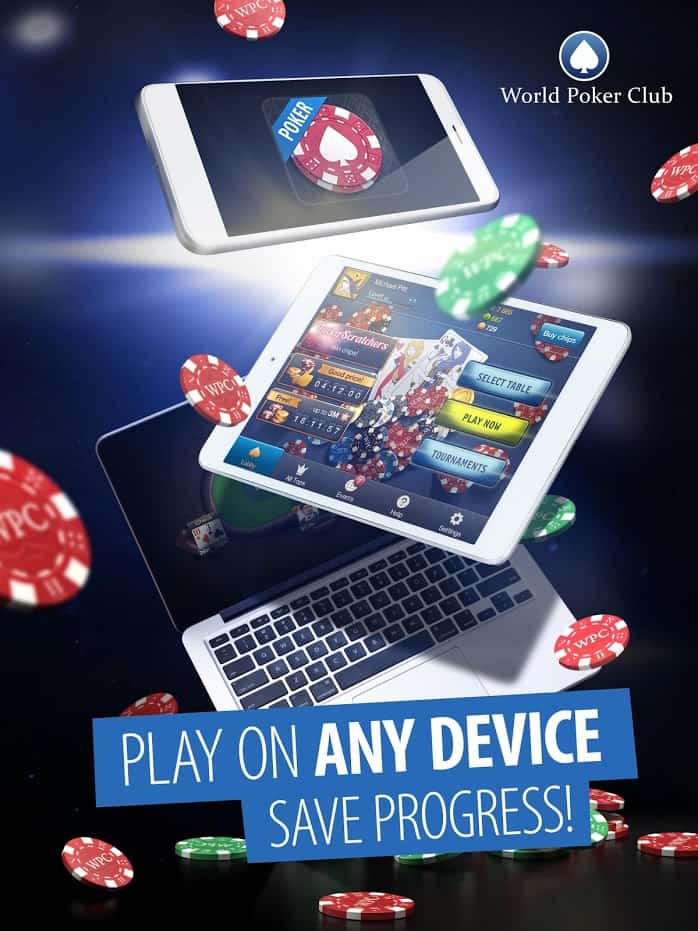 Poker Games: World Poker Club is one of the highest-rated poker games in the Google Play Store. This app will give you daily bonuses, while you can send gifts to other players if you want to. Live chat is enabled in the game as well, while top charts are also supported, just so you can see who’s at the very top of the food chain. Texas hold ‘em and Omaha poker are available, while you’ll also find Sit-n-Go tournaments in this game. 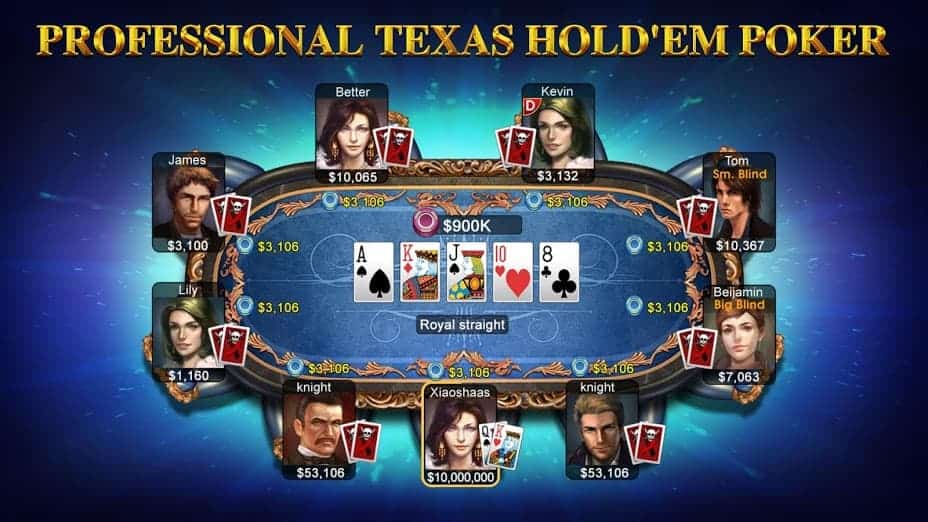 DH Texas Poker has over 30 million downloads, and is a game that is similar to a number of other titles on this list. This game comes with daily gifts, and other online awards, while it’s free to play. You will get 80,000 initial chips for free, and the ‘daily login lottery’ is also a part of the experience. There are several modes you can take advantage of here, including Play Now, Lucky Table, Private Room, Select Casino, and Sit&Go. 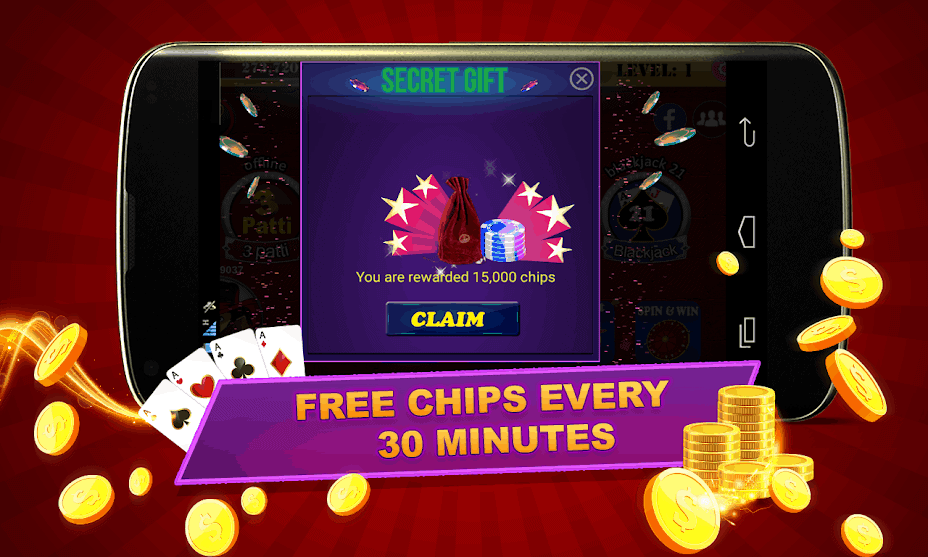 Poker Offline, as its name says, is an offline poker game, though it supports online play as well. This app comes with somewhat different graphics style than other games on the list, and it has been downloaded over 3 million times on Android. Daily bonuses are available here, while you can participate in various tournaments as well. This game also allows you to play blackjack, in case you’d like to take a break from playing poker. 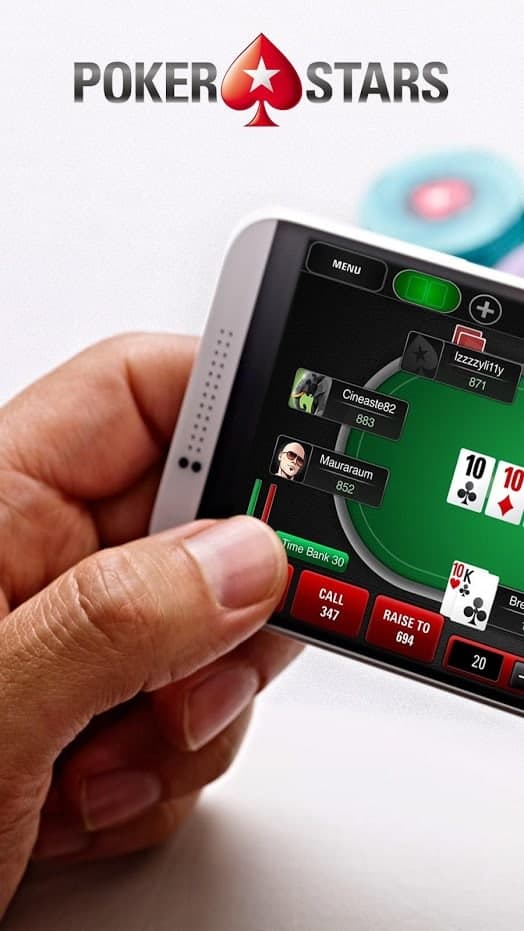 PokerStars is one of the most popular poker games out there, and it brings you similar game design as most other apps on this list. This app allows you to play poker with millions of players online, while it supports Texas hold ‘em, Omaha poker, or Stud, it’s your choice. Free bonuses are a part of the experience, the table chat option is included, and you will also be able to check the leaderboards table in this game. 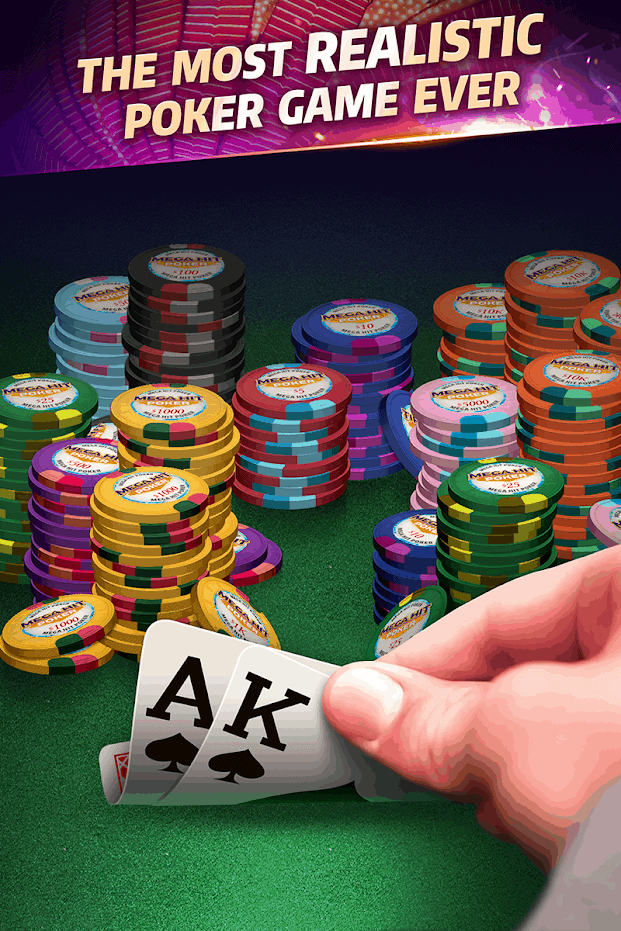 Mega Hit Poker actually allows you to compete with up to 1,000 players at the same time. This game’s card shuffling algorithm has been tested and certified by iTech Labs, while the app will provide you with free chips from time to time. Texas hold ‘em, Sit&Go, Shoot-out, and Tournament modes are available, while you can also play slot games while you’re playing poker, if you want. 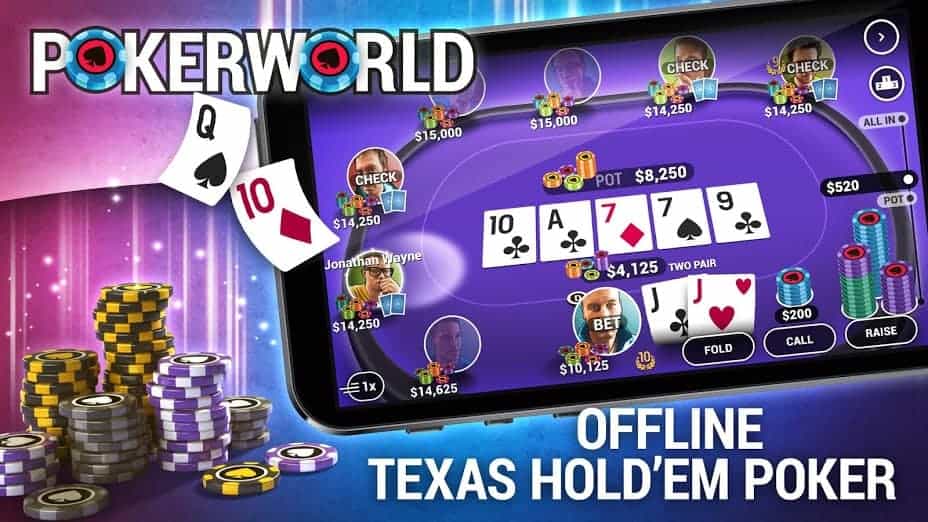 Poker World brings you offline Texas hold ‘em poker. There are over 60 poker cities that you can visit in this game, and you can also win tickets for special tournaments by beating the world’s best players. You can also collect status symbols in this game, while free daily chips bonus is also included. This game also brings eye-pleasing graphics, and it currently holds a 4.6-star rating in the Play Store.