A new NFL season is starting and if you’re looking for the best NFL apps out there, we’ve rounded up our favorite ones. Truth be told, most NFL apps out there are quite similar, as they do deliver news and results from NFL games, which is to be expected, and you will find a number of such applications in this list, though there are some different ones included here as well. Do keep in mind that these apps are not listed in a specific order, as is usually the case with our top ten app lists for Android devices. 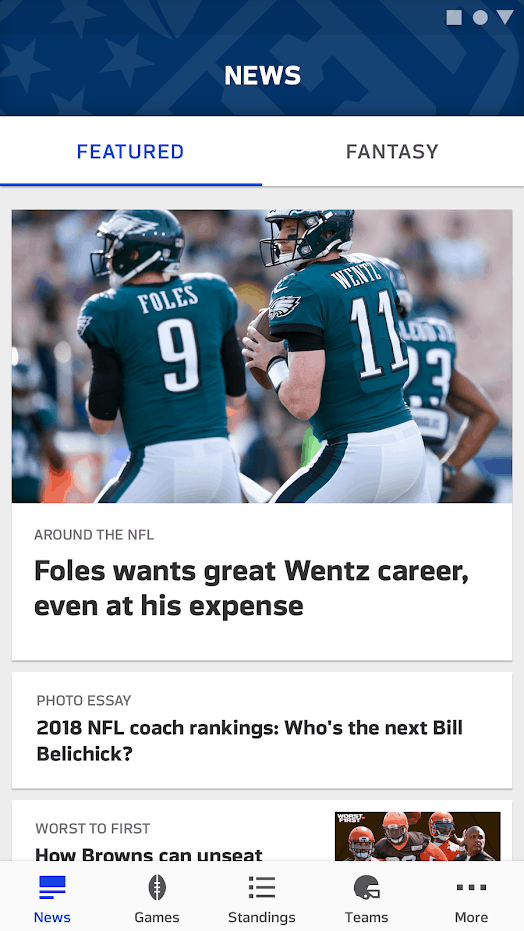 The very first app on our list is simply called ‘NFL’, and it’s actually the official app of the NFL. This app comes with a really clean UI, and it delivers the newest NFL-related information your way, In addition to that, you can also access some video and highlights content, and also replays of every game with NFL Game Pass (subscription required). This app, however, is free to use, though do keep in mind that you’ll need a subscription for some of its content. 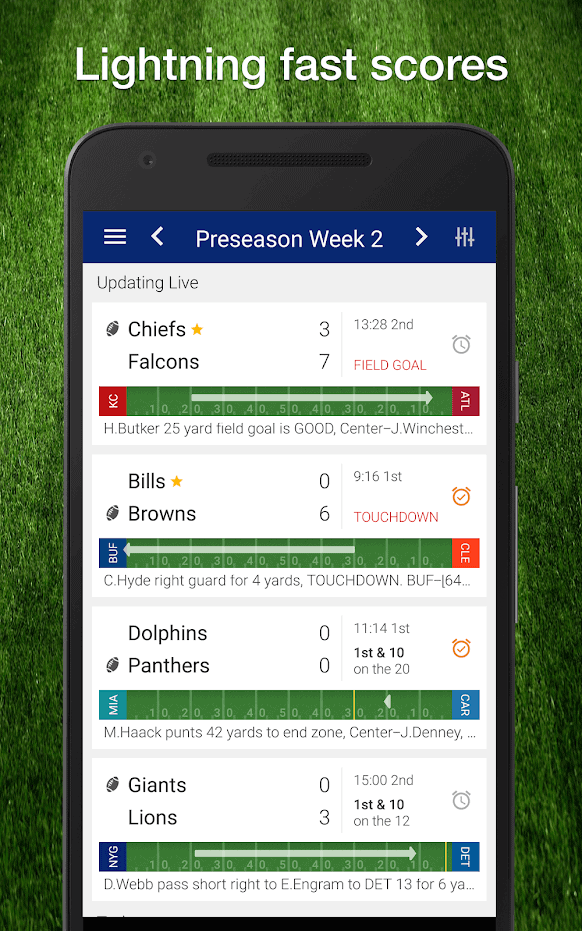 This app has a rather long name, but its name does explain the app’s functionality really well. This application will keep you up-to-speed when it comes to NFL scores, statistics, and schedules, as it has plenty of those included. This application also offers the ‘real-time plays’ feature, which will basically keep you in the loop as to what’s happening on the pitch in real time, via text, so that you don’t miss anything in case you’re not able to watch NFL games live. 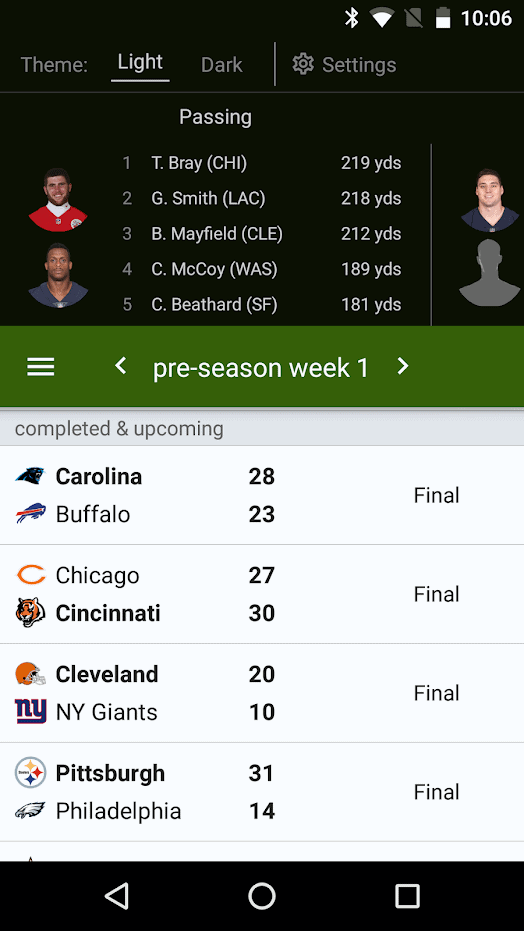 Sports Alerts – NFL Edition is yet another rather popular NFL app that is available in the Play Store. Similarly to the app before it, this applications brings you live scores from NFL matches, while plenty of statistics are available as well. Score alerts are available via push notifications in this application, while you can check out full team rosters, team schedules, play-by-play content, and so on. 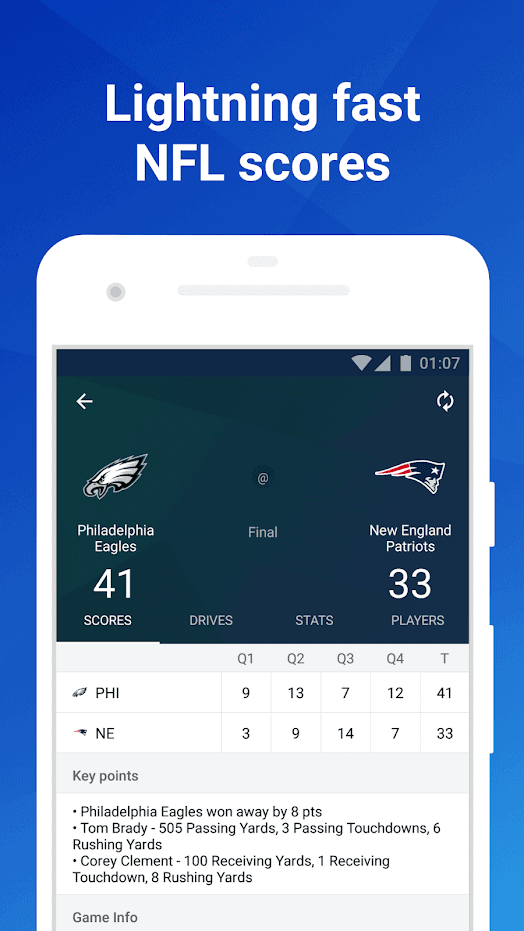 Football Live app brings you NFL scores, statistics, and news, and it uses a rather clean UI in order to do it. Live scores are available for every NFL match, while you will find detailed stats here as well, along with a play-by-play commentary, as is the case with some other apps that we’ve talked about. Play-specific stat sheets are also available, and so are detailed NFL news… and these are only some of this app’s features. 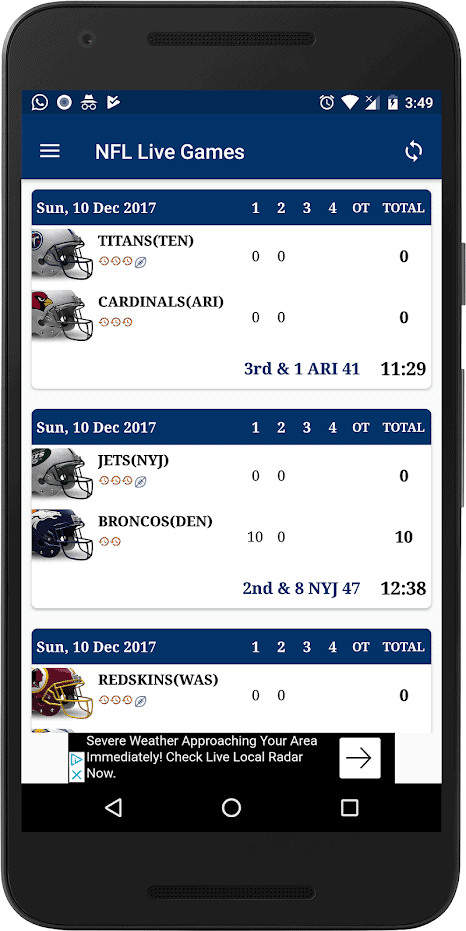 Football NFL Schedules & Score is an app that is quite similar to Football Live, even the design is somewhat similar. A ton of NFL-related info can be found in this app, including detailed info about NFL teams, their schedules and so on. Live score info is available as well, and so are push notifications for results. Player-specific info is included here, and you’ll also find live stream network broadcast information in this app. 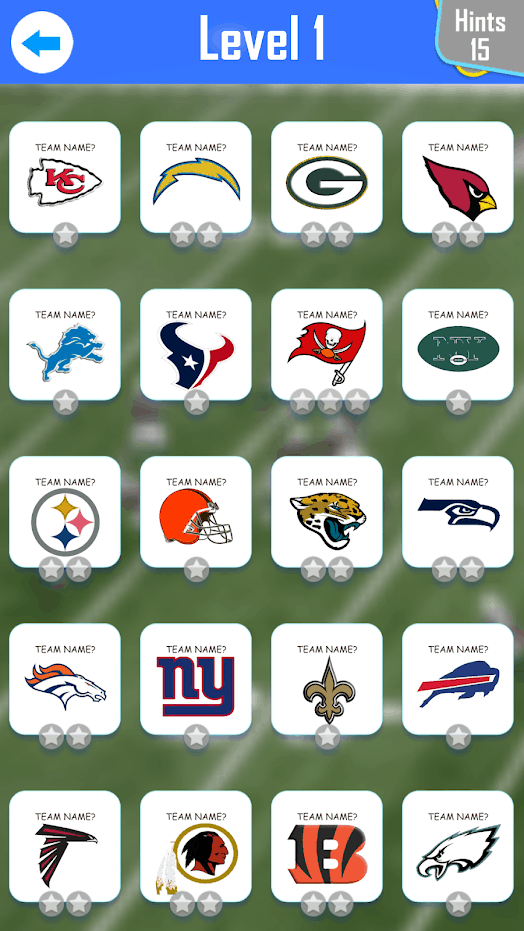 American Football Quiz is a rather interesting application which will show you a logo of a specific American football team, and you need to guess what team, arena, state, city, players or head coach that logo belongs to. In case you get stuck along the way, there are hints that can help you progress. Every time you answer three pictures correctly, you will get two hints to help you out later on. 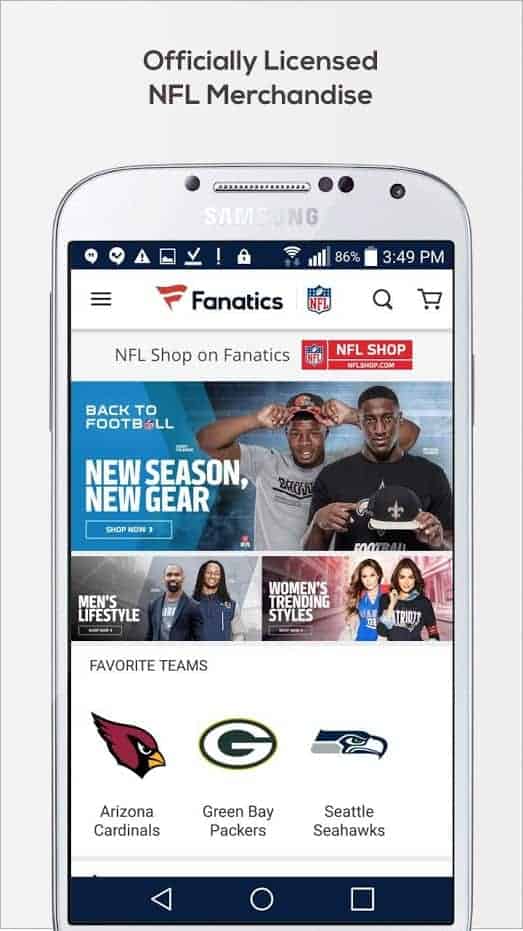 Fanatics NFL is basically an NFL online store, though an unofficial one. This app has a huge assortment of officially licensed NFL merchandise from brands like Nike and New Era. Various discounts pop up constantly here, and the design of this app’s UI is also eye-pleasing, which will definitely help with browsing for merchandise. This application is completely free to use, and ads are not a part of the experience. 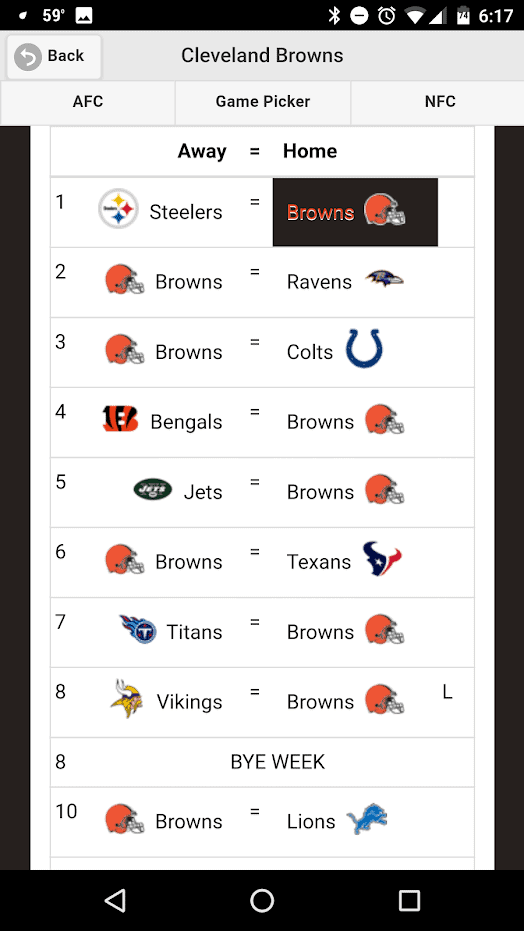 NFL Playoff Predictors is a rather interesting app which lets you pick every game of the NFL regular season, and post-season games as well. This app does not make predictions on the outcome of games, but it does let you pick what you think will be the outcome of every game. This may sound a bit complicated as this is not a better app at all, if you’d like to get more info, however, visit PlayoffPredictors.com website. 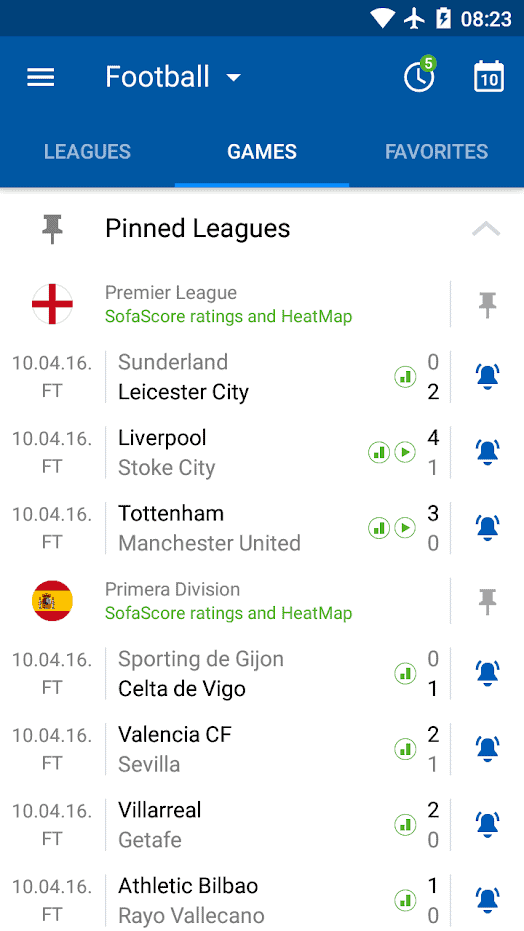 SofaScore is one of the most popular live score applications out there, if not the most popular one. A ton of sports are available in SofaScore, ranging from soccer, basketball, tennis and F1, all the way to American football, rugby, handball, and so on. American football is a big part of this app, and the NFL is included in the equation. You will be able to get statistics, live results, and so much more info when it comes to NFL games and included teams using this app, while push notifications for results are also included. 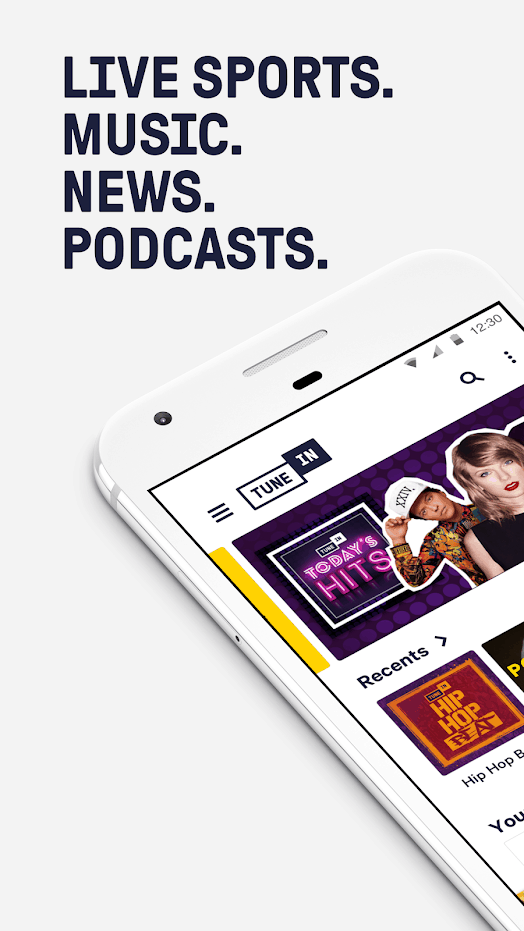 TuneIn Radio may seem like an odd pick for a list like this, but if you’re not able to follow what’s happening on the pitch on your TV, radio will have to do, right? Well, TuneIn Radio lets you hear what’s happening on all NFL games, and it does all that via the Internet, so that you can stay in the loop even if you’re otherwise engaged at the time. TuneIn radio is free to use, but it does come with ads.