Formula 1 is in full swing at the moment, and things are getting quite interesting. If you’re looking to prolong your F1 time, and expand your horizons a bit, we’ve put together a list of the very best Formula 1-related applications that can be found in the Play Store, at least our favorites. Regular applications and games are both included on the list, and if you’re looking for an app that will keep you informed about what’s going on in the F1 world, or you’re simply looking or a Formula game to play, we’ve got you covered. Apps down below are listed on random, there is no specific order to them, so keep that in mind.

Super Pole Position F1 PRO is actually a really compelling F1 game, and it’s not free. This app will cost you a $1 to play, but it’s well worth it. Graphics in the game is quite compelling, and the gameplay is also up there. This game is not very popular in the Play Store as it is in primarily aimed at Spanish speakers, but it’s worth to try it. Do keep in mind that you’ll need a phone with at least 3GB of RAM to play it, at least that’s what the developer says. 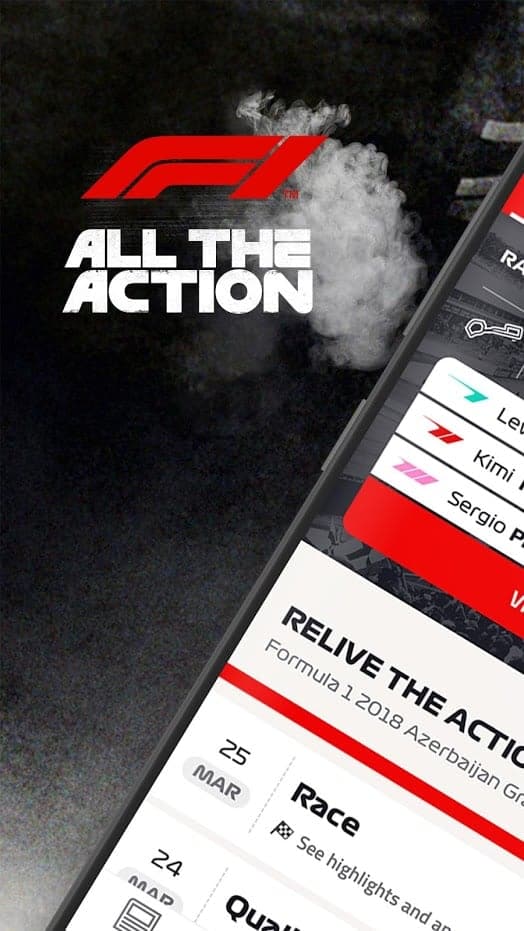 Formula 1 is an official F1 application, and at the same time one of the most popular applications on this list. Formula 1 will keep you informed as to what’s going on in the F1 world, as you will be able to access the latest news, Grand Prix schedules and results, and even get in-depth technical analysis. Lap-by-lap live blog updates are also available in this application, while you will also get some exclusive content if you’re an F1 TV Access subscriber. 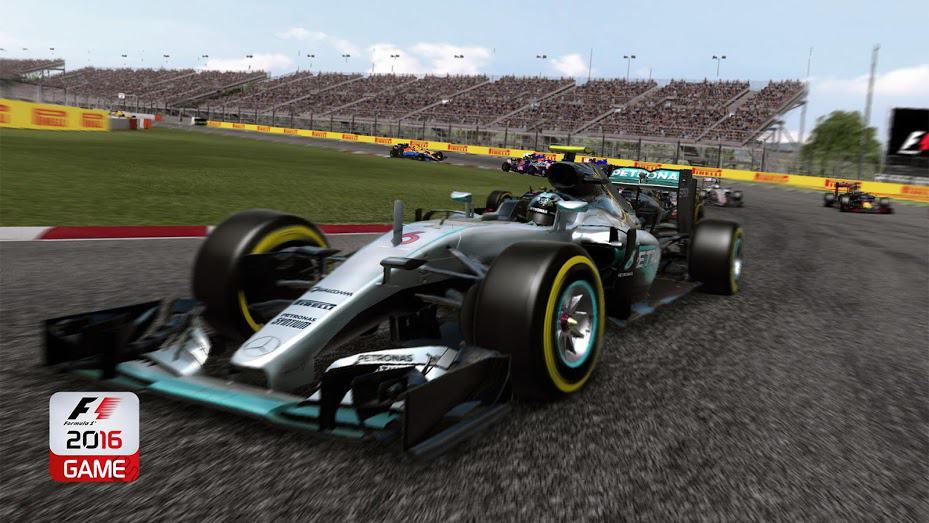 F1 2016 is the next app on this list, and by the name of it, it may seem outdated. Well, truth be said, this game is made for F1 2016 season, but it’s one of the most compelling F1 games out there, which is why we felt obliged to include it on this list. You can play a full season of 2016 Formula 1 in this game, and the graphics are really good, the same can be said about gameplay as well, actually. This game is not free, though, you will have to part with $3 in order to get it. 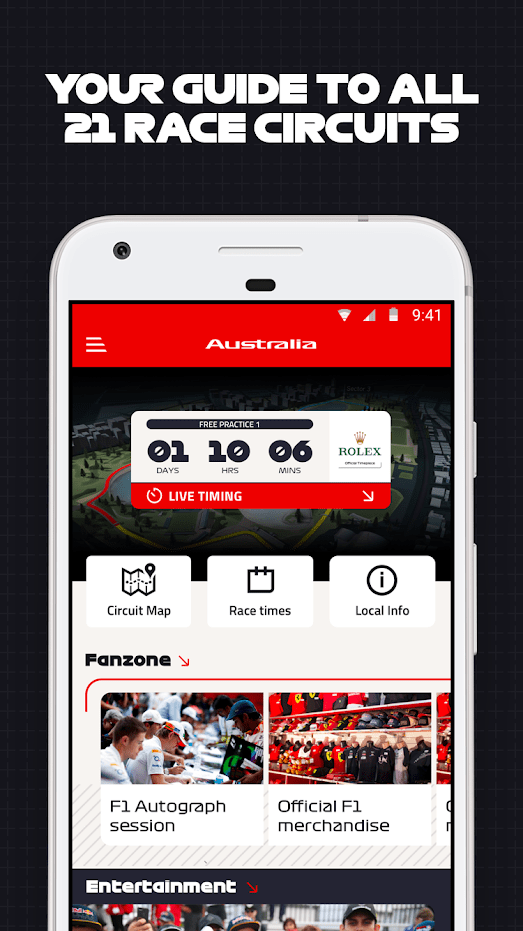 F1 Grand Prix is an app that comes from the developer of the official Formula 1 application, and this app is completely Grand Prix-focused. This app will guide you around all 21 race circuits of the 2018 Formula 1 season, you’ll be able to access interactive maps and local travel information in this application. On top of that, this app includes full race schedules for all Formula 1 and support races.

RACE: Formula nations is yet another compelling Formula 1 game. Graphics are not bad in this game, at all, and the game is trying to be as realistic as possible. You can compete in the F1 championship, while this app supports multiplayer as well, you will be able to compete with players from all around the world. There are four track difficulties you can choose from, while you can also unlock some achievements in this game. 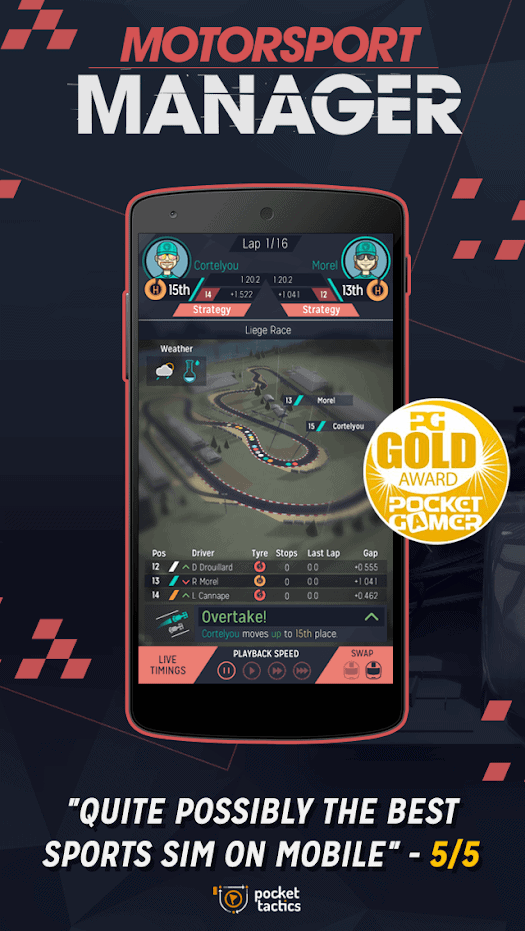 Motorsport Manager Mobile is one of the best-rated apps on this list, and this is basically a racing sim game. Your goal here is to assemble a great racing team, and keep everything running smoothly, from hiring drivers, developing your cars, and investing in new technologies. You can watch races in real-time, or simply just into the strategy screen to take control of what’s going on. 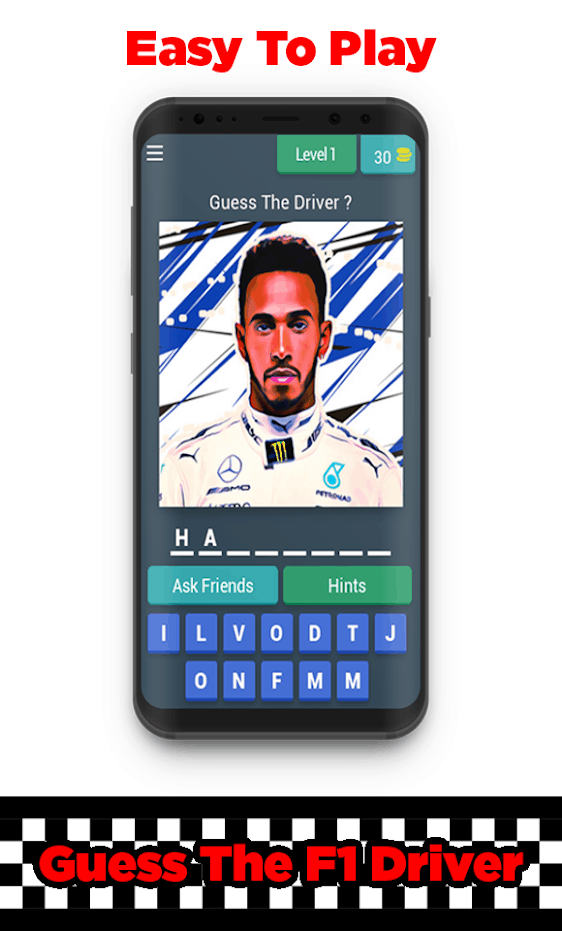 Guess The F1 Driver app is kind of self-explanatory, this is basically a game which requires you to name the F1 driver whose image is shown to you. This app is extremely simple, you get to see the whole image of a driver and all you need to do is guess, while hints are also available to you. The more you guess on your own, the more credit you’ll get to spend on further hints. This app does contain ads, but it’s free to use / play. 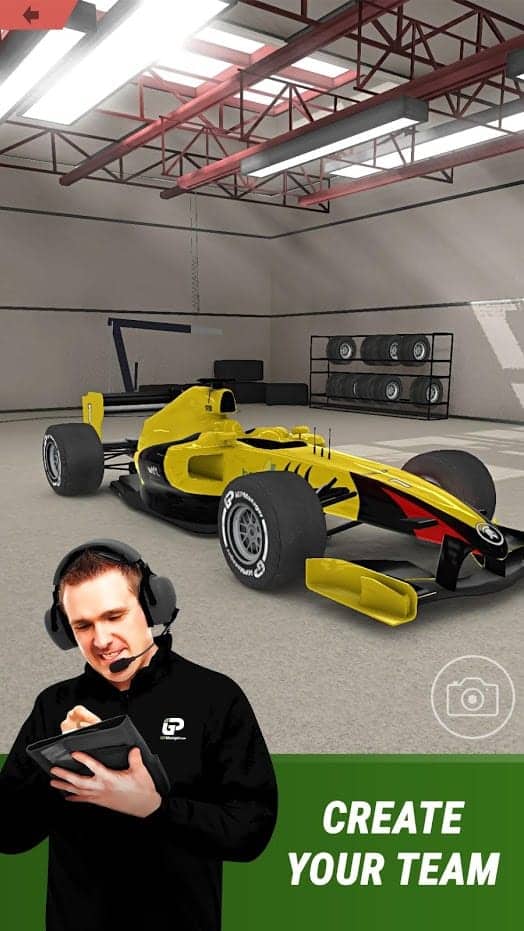 iGP Manager is yet another racing sim game. In this game, you can build your own race team, and compete in online multiplayer championships. You can watch races in real-time, and develop a strategy as the race progresses. Weather will change during races as well, so that will be a factor to consider. iGP Manager actually launched way back in 2011 as a browser game, but it has been completely rebuilt for Android. 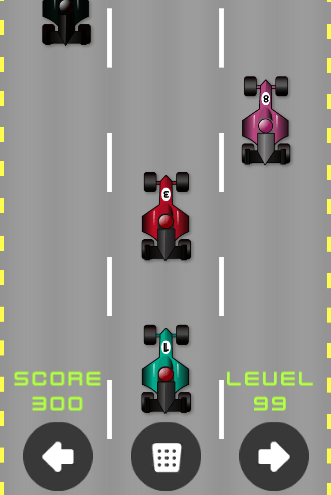 F1 HIT is an extremely simple game, and even though it’s not exactly immensely popular, it’s currently holding a 4.8-star rating in the Play Store. This is basically a racing game which has no end, you race until you crash, and you score points that way, and climb to higher levels. You can unlock achievements in this game as well. Think of this game as Temple Run of Formula 1, and you’ll get a pretty good idea what to expect. 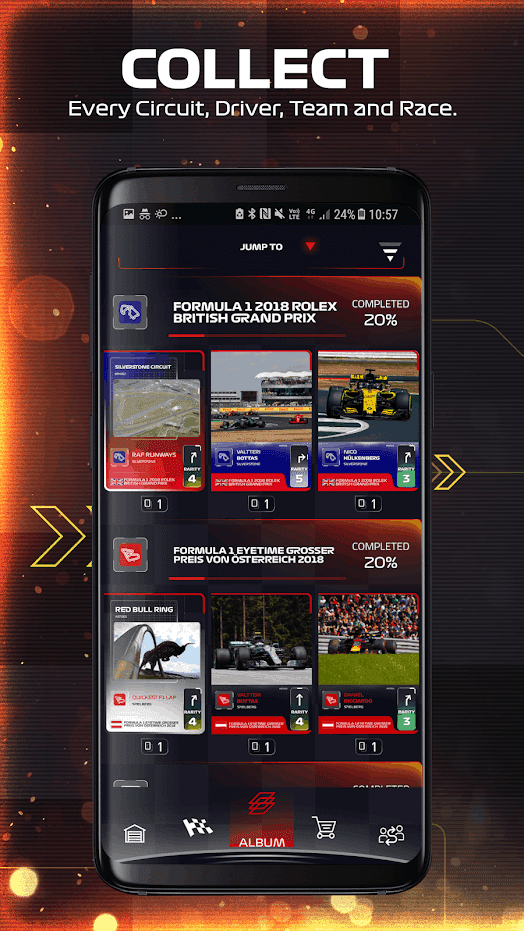 F1 Trading Card Game 2018 is, naturally, a Formula 1 trading card game. In this game, you need to build your collection of F1 trading cards by earning or buying packs. You’ll need to set a strategy, build a deck and then you can compete with friends, and other F1 fans from all over the world. You can complicate duplicate cards in order to create all-powerful Fusion cards, and you can also trade with other collectors.