A new NFL season is here, and some of you are probably looking for a fantasy football app that you can use throughout the season. Well, if you haven’t settled on an app already, we have hand-picked 10 such apps for you to check out. There are many fantasy football apps out there, but finding the best ones is not exactly an easy task. That being said, do keep in mind that these apps are not listed in a specific order, they all have their advantages and disadvantages, as does any app, and it’s up to you which one(s) you’ll use. 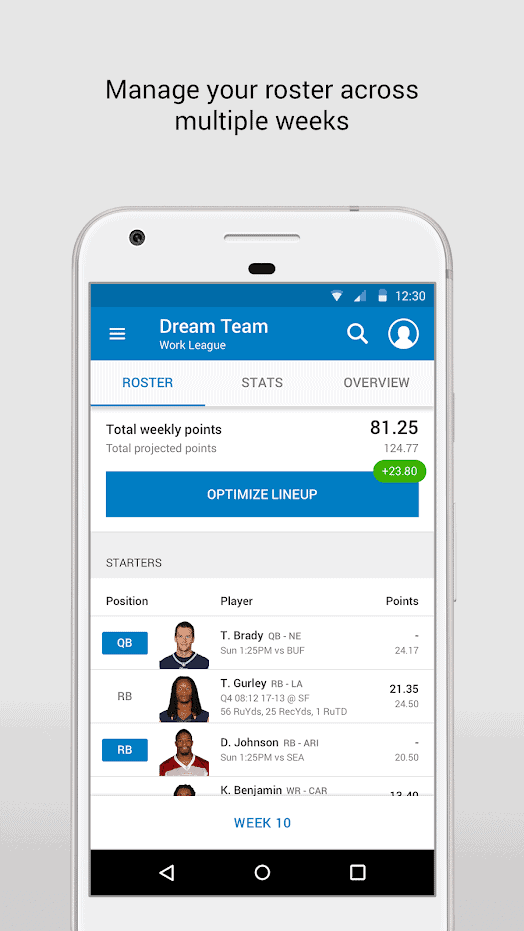 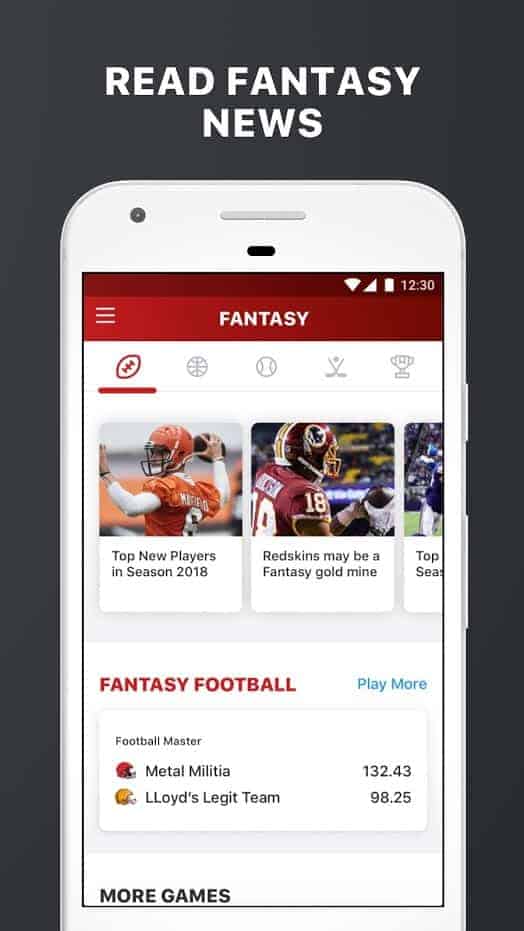 Yahoo’s Fantasy Sports app is the second app listed here, and this is one of the best fantasy sports apps out there. American football is included in the equation, and Yahoo’s offering actually comes with a really clean UI that is easy to navigate. This app allows you to manage your roster of players, draft players anywhere, offers you instant updates when it comes to scores and what not, fantasy messenger is included in the app as well, and so on. 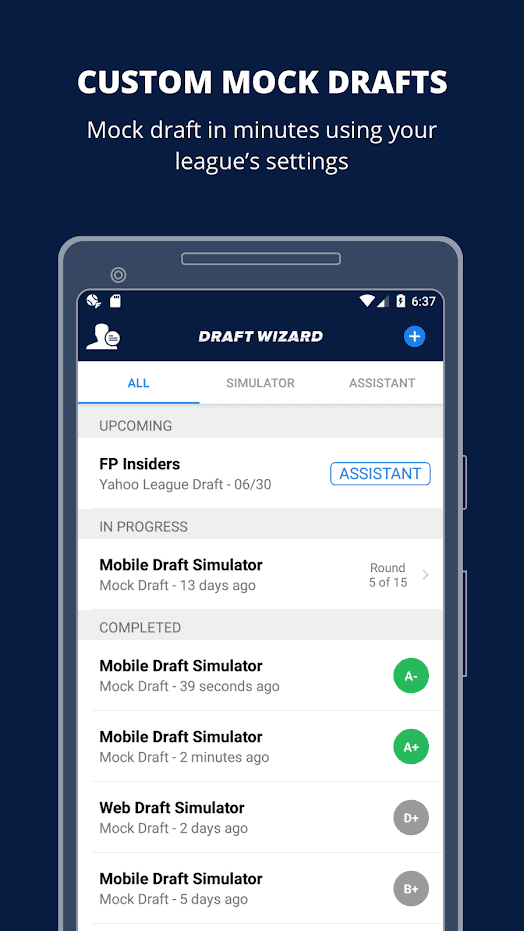 Fantasy Football Draft Wizard is one of the best-rated fantasy football applications out there, and for a good reason. This app doesn’t seem to have any serious technical issues, while its UI is spot on. This app has a draft simulator built-in, while a cheat sheet creator is also included on the inside. Expert advice is also at your disposal in this application, and so is the ‘Draft Analyzer’ option. 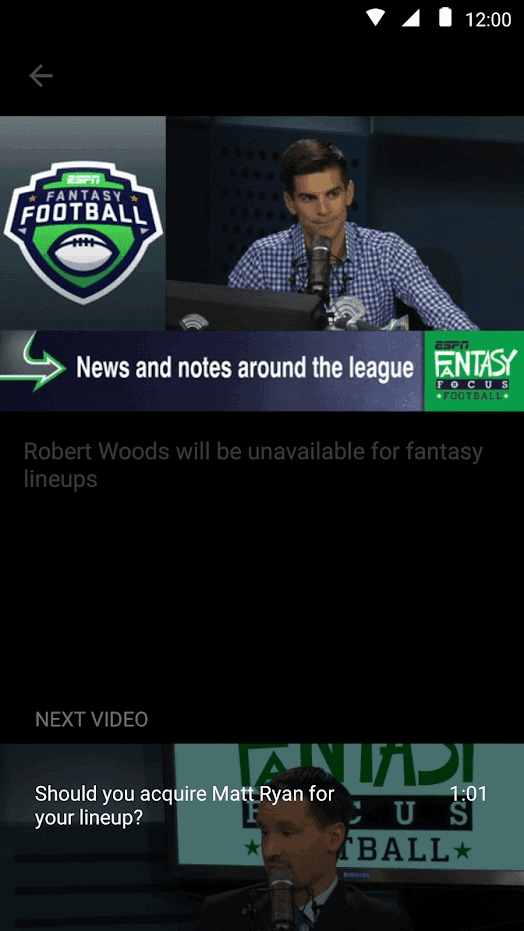 ESPN Fantasy Sports app is amongst the most popular fantasy sports apps out there, and American football is a part of it. This app comes with a rather colorful, and yet clean UI, and it allows you to create your fantasy football leagues or join one. You can draft your fantasy team, edit your lineup using this app, while you can also add players, make trades, and do pretty much everything other fantasy football applications allow you to do. On top of them, there are some additional options, such as customizing team logos, and so on. 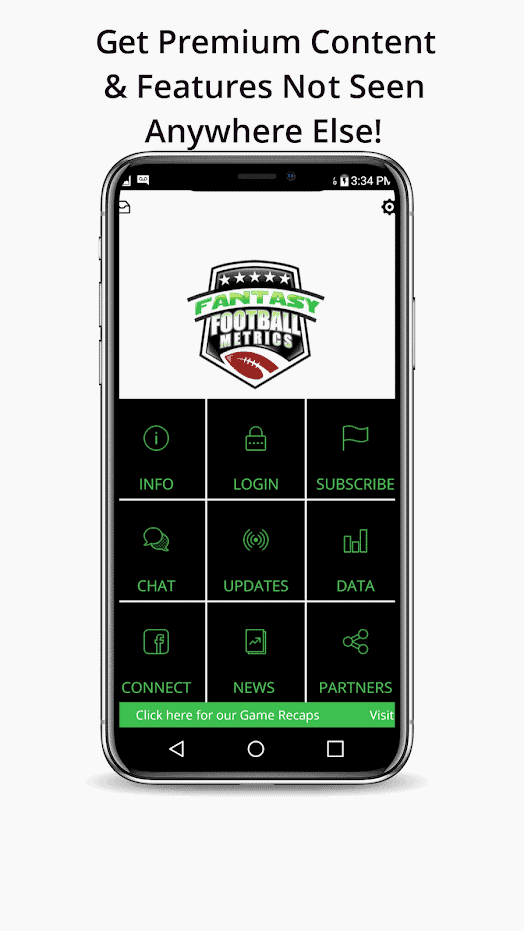 Fantasy Football Metrics app is a bit different than most other apps on this list, as this app is perfect for football scouting, projections, and analysis. The developer actually explained this app really well, he said that it merges computer model analytics with voluminous tape study. This app will provide you with weekly projection updates (in-season), and daily trade advice, while all games are studied and report out on. 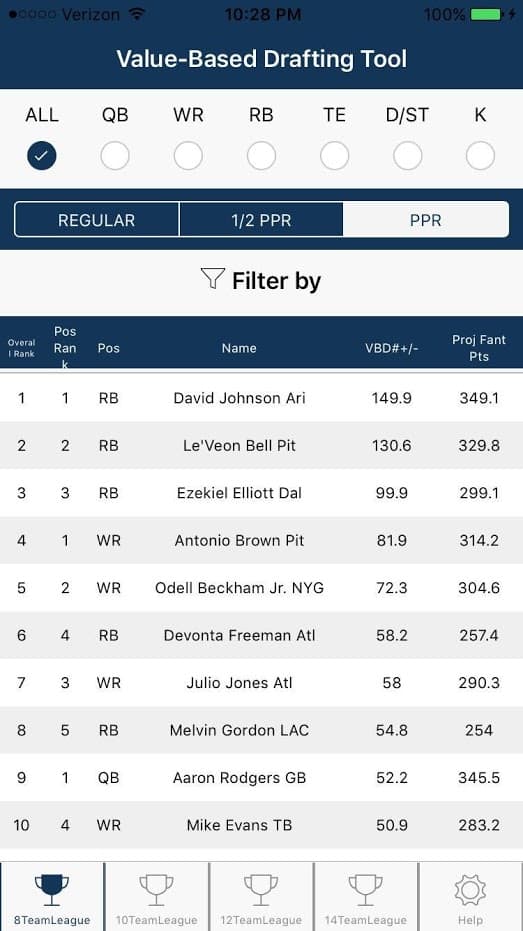 Value Based Drafting is a rather interesting tool for fantasy football. This app requires you to select your league size, and scoring format… and based on that it will show you a draft board to get the most value on your roster. This can be quite useful in order to get the best value players on your team quickly, which is quite important as all positions are up for grabs at once in fantasy football, as most of you know. 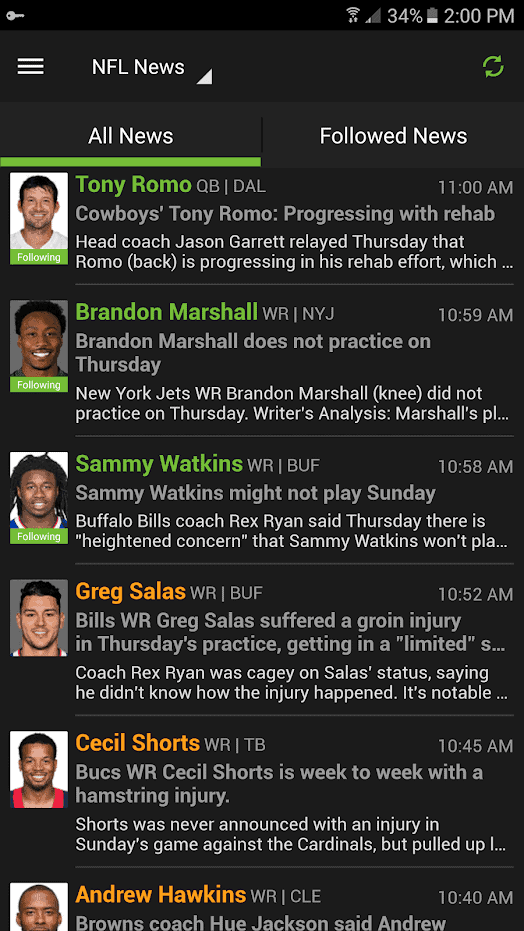 Fantasy Football & NFL News app gives you access to real-time fantasy football updates for every player in the NFL, while it will also provide you with the latest NFL news. This application also comes with notification support, so you will be getting notifications on breaking news, if that’s what you want. Statistics and insights for every player are available here, the same goes for player profiles, and so on. 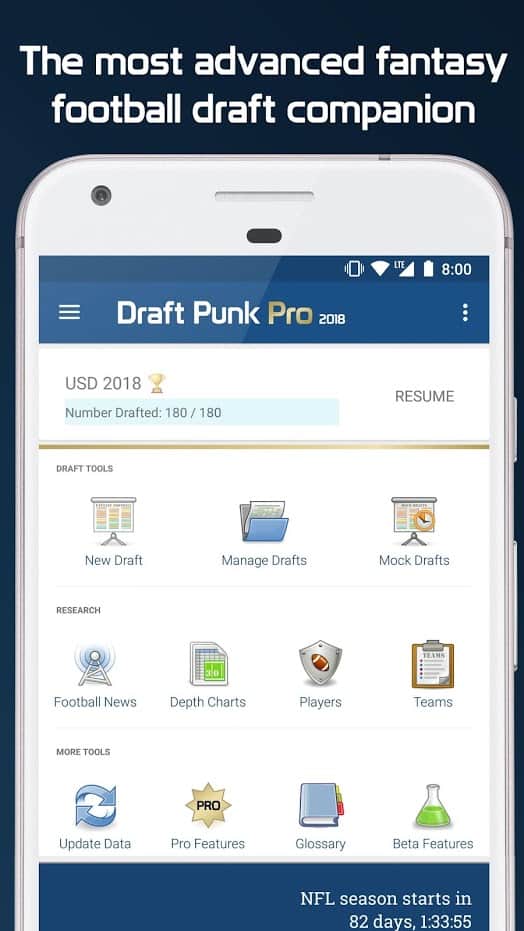 Draft Punk is a mobile fantasy football draft companion tool, cheatsheet, and mock draft simulator, which can be quite handy. This tool will auto-generate custom rankings based on the most accurate player projections, at least the developer claims it will. You can add your league scoring settings in order to get fully customized draft rankings, while you can also sort player by value over replacement, default scoring ranking, or average draft position. These are only some of the features this app offers. 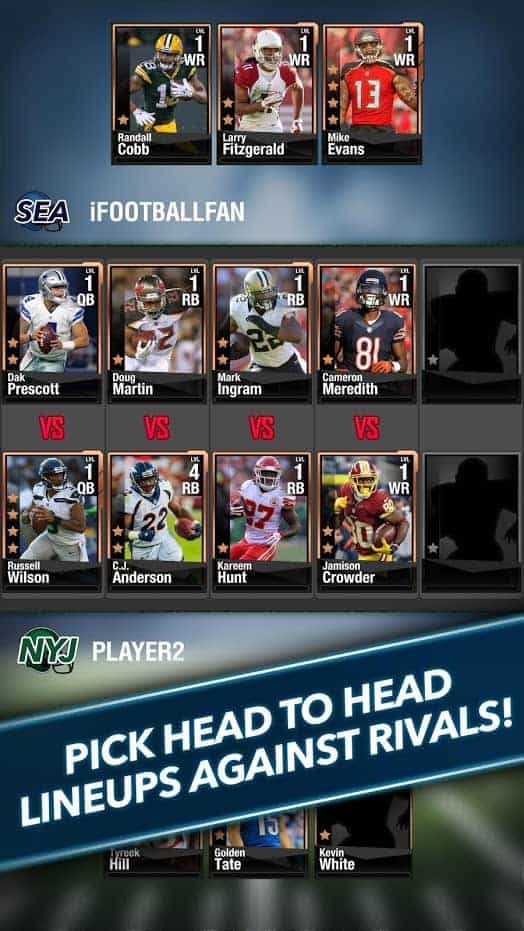 Draft Rivals allows you to create lineups all week and face off football rivals all over the globe. You can compete in tournaments in this game, while you can also collect, build and train players as well. The look of this game is considerably different than other apps on this list, as it basically brings you football players in form of cards, basically, while other apps take a noticeably different approach. 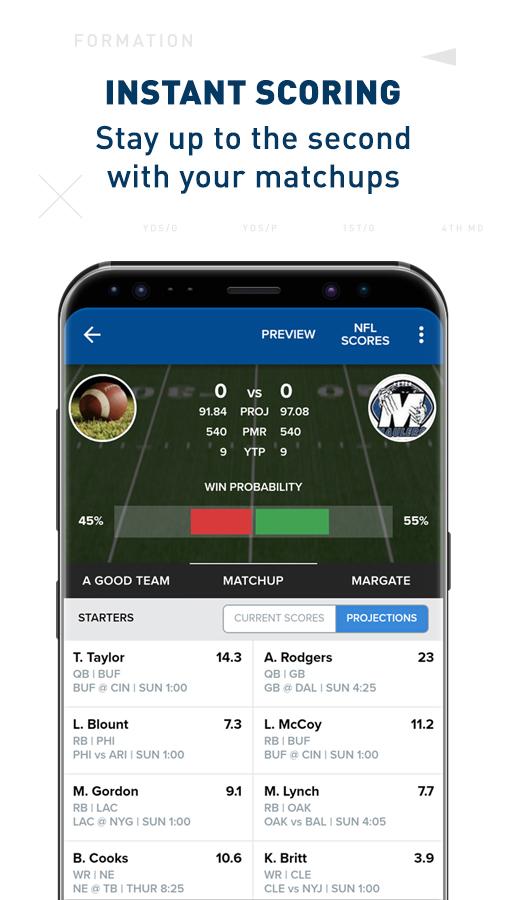 CBS Sports Fantasy is yet another app which brings fantasy football for more than one sport, and American football is included here. This app allows you to manage, track, and get advice for your fantasy teams. You can manage your team using this app, and the same can be said about tracking scores and various statistics. Running your own league is also an option here, while the app is free, but it contains ads.