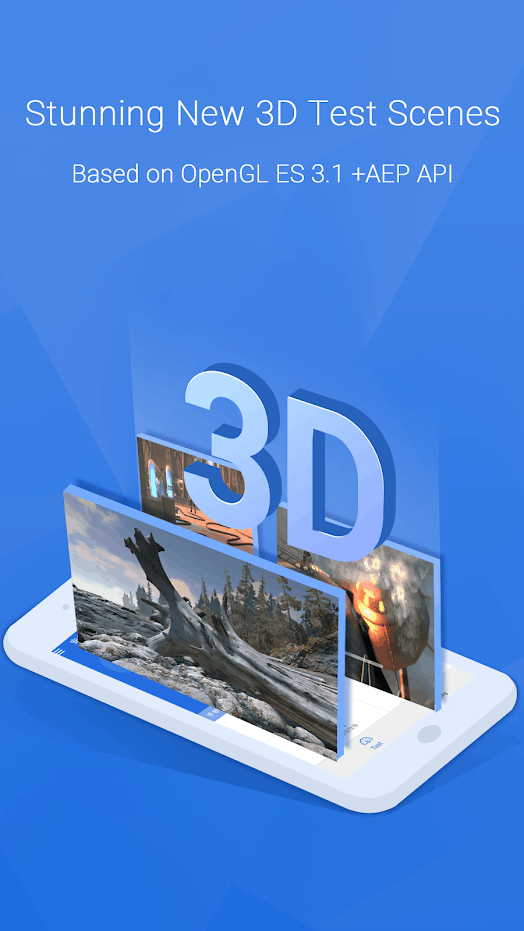 AnTuTu is one of the most popular benchmarking tools out there, as it has over 100 million users. A while back, the company introduced new 3D test scenes, new UX tests which reflect real-world use cases, and new score proportion. Using AnTuTu you’ll be able to see how powerful your phone is one paper, in the general sense, while you’ll also get info regarding battery temperature, battery level, and CPU load changes. 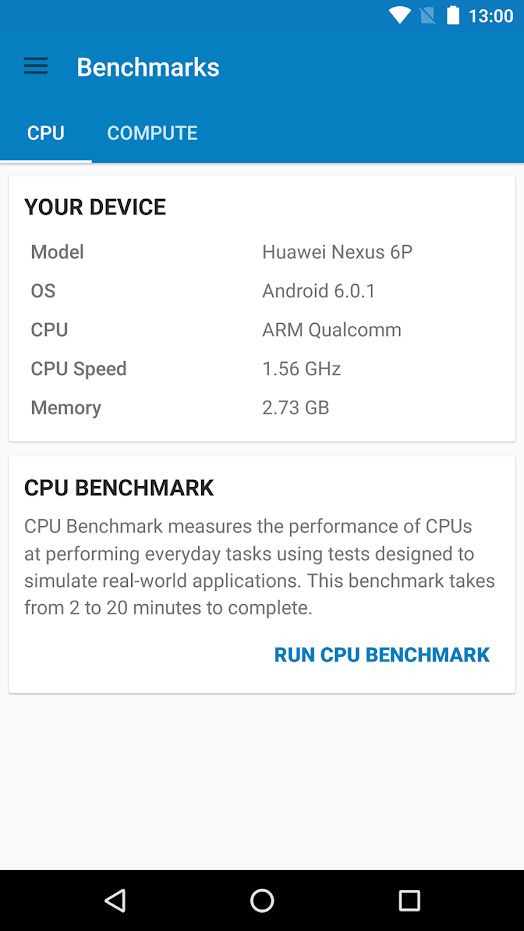 Geekbench 4 is also quite a popular app, it doesn’t really have as many users as AnTuTu, but it’s quite a useful tool either way. This is the fourth iteration of Geekbenchs, and it comes with updated CPU tests “that model real-world tasks and applications”. Such tests will measure mobile CPU performance, they will basically show you the true power of the processor that is included in your smartphone. 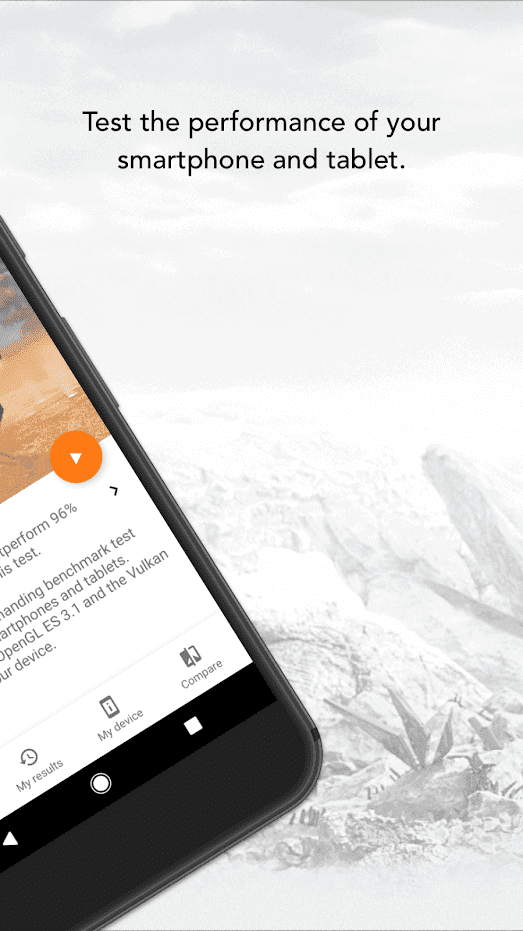 3DMark is an app that the developer refers to as “the gamer’s benchmark”. This app will test and compare the performance of your device, and it will focus on your device’s CPU and GPU. Once you open 3DMark, the app will suggest the best that for your device, the best benchmark out of the ones that are on offer, including Sling Shot, Sling Shot Extreme, Ice Storm Extreme, and API Overhead. Each of those tests offers something different compared to the other. 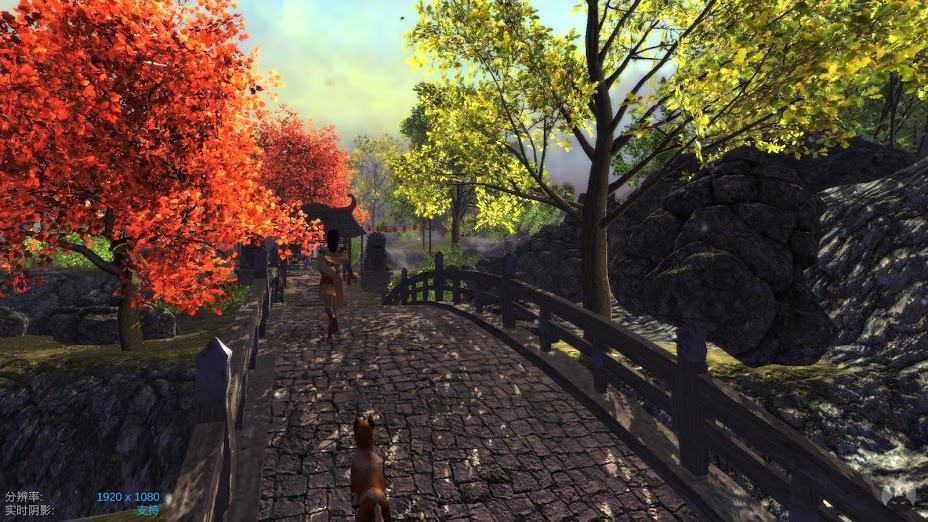 AnTuTu 3DBench comes from the same company as the regular AnTuTu benchmarking app, but this app is considerably different. This app will test the 64-bit CPU and UX performance of your smartphone, which is why a separate app is needed, says AnTuTu. This app includes three test scenes, the OpenGL3.0-based Marooned, the OpenGL3.1-based Coastline, and the OpenGL3.1+AEP-based Refinery. 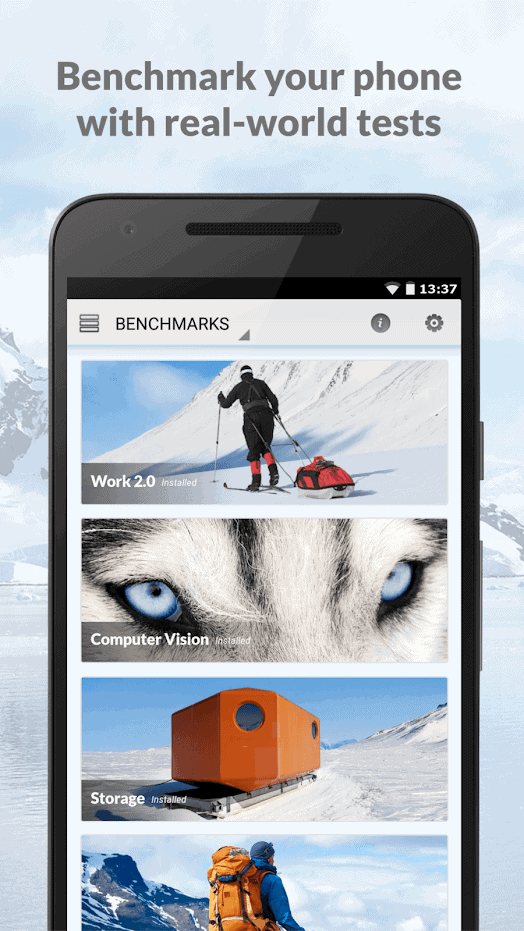 PCMark tests the performance of your device’s hardware, and it also tests its battery. In PCMark, there are a number of tests at your disposal, including Work 2.0, Computer Vision, and so on. You will get detailed results for every test you perform, and charts will be included as well. As far as the battery test is concerned, this app can measure active battery life for everyday tasks. 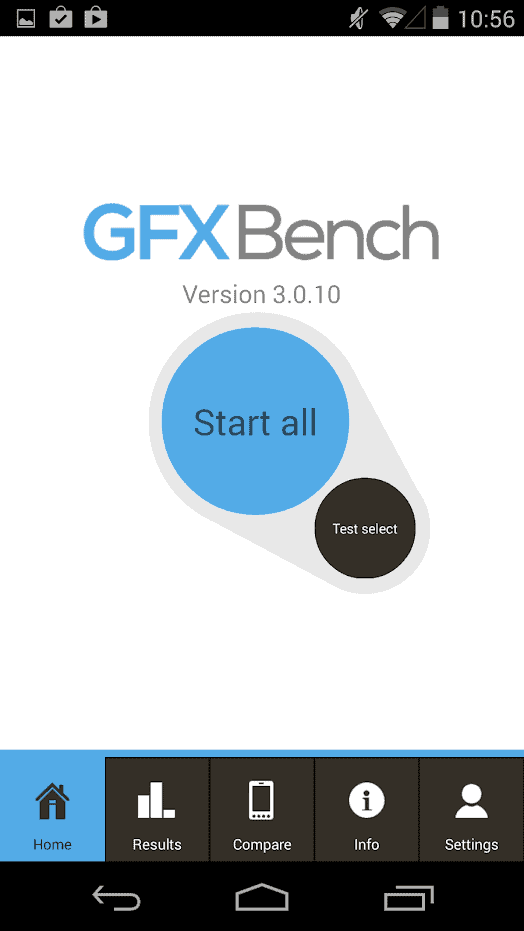 GFXBench is a benchmarking app that measures graphics performance, long-term performance stability, render quality, and power consumption. There are a number of smaller benchmarks packed into this one application, and all of them are fired up when you fire up the Geekbench test. This app uses both Vulkan and OpenGL, and the app is completely free to use, as are other apps on this list. 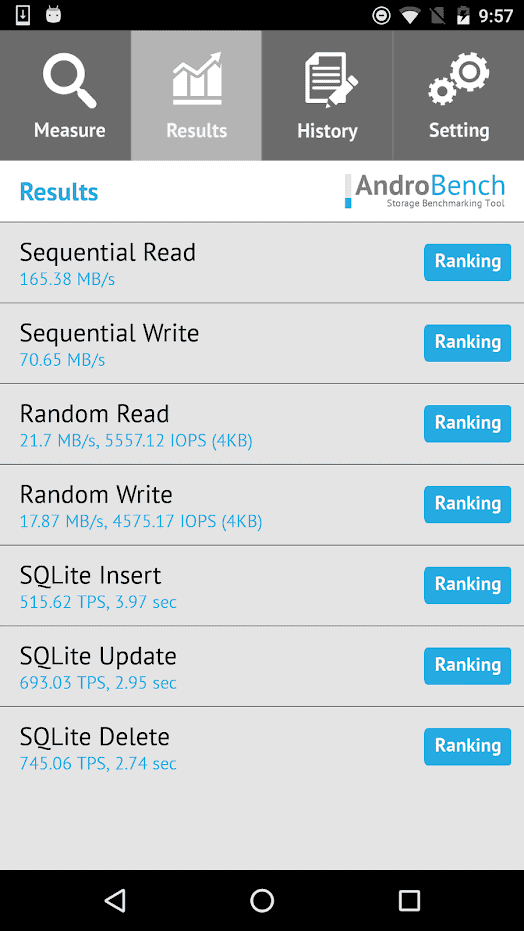 Androbench is an app that measures the storage performance of Android handsets. This app comes with two different benchmarks on the inside, Micro and SQLite. The first one compares the base performance of your storage with those of other devices, while the SQLite benchmark tests the performance of insert, update, and delete queries on a database table that mimics the one used in a messaging application. 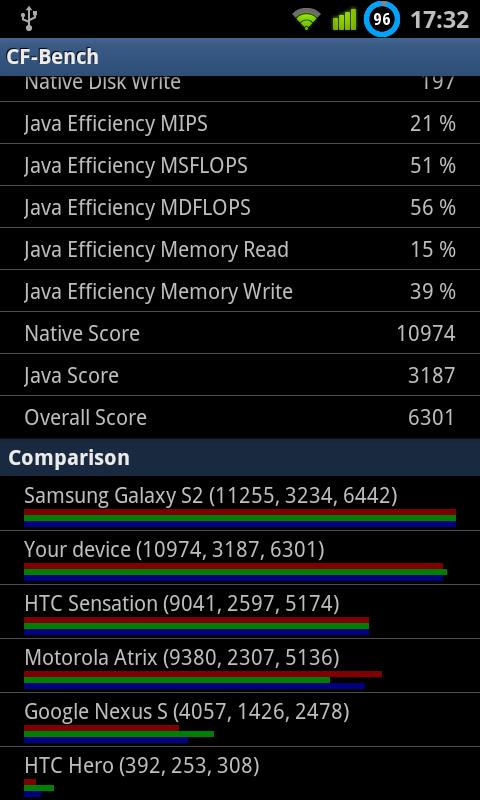 CF-Bench is a benchmarking app whose main goal is to test your device’s CPU and memory. This app tests specific device properties, and runs in a set timeframe. The developer claims that this is app differentiates from other benchmarking apps out there, as it tests some specific stuff that other apps do not. On top of everything, this app will also compare your device with other devices out there once the benchmark is complete. 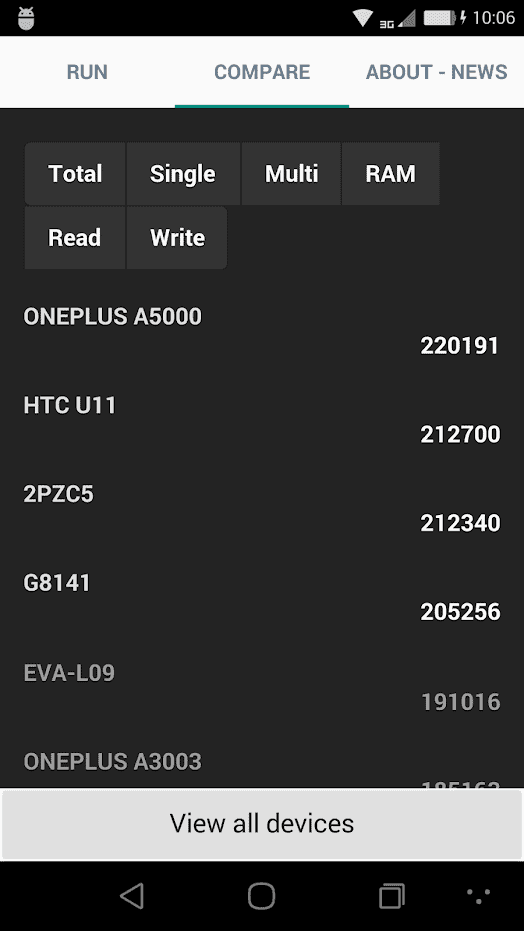 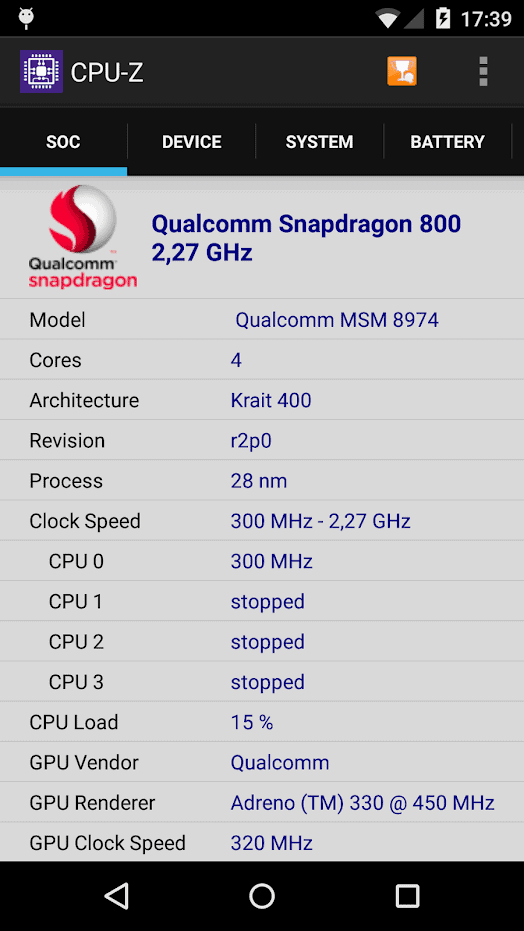 CPU-Z is an app that will let you know your device a bit better, by sharing a ton of info about it, well, its hardware. This app will list your phone’s SoC name, architecture, clock speed, while it will also give you a ton of info regarding its battery (level, status, temperature & capacity). Sensors on your device will also be identified by this application, while you will get to see the exact model of the phone, screen resolution, RAM, storage, and much more.