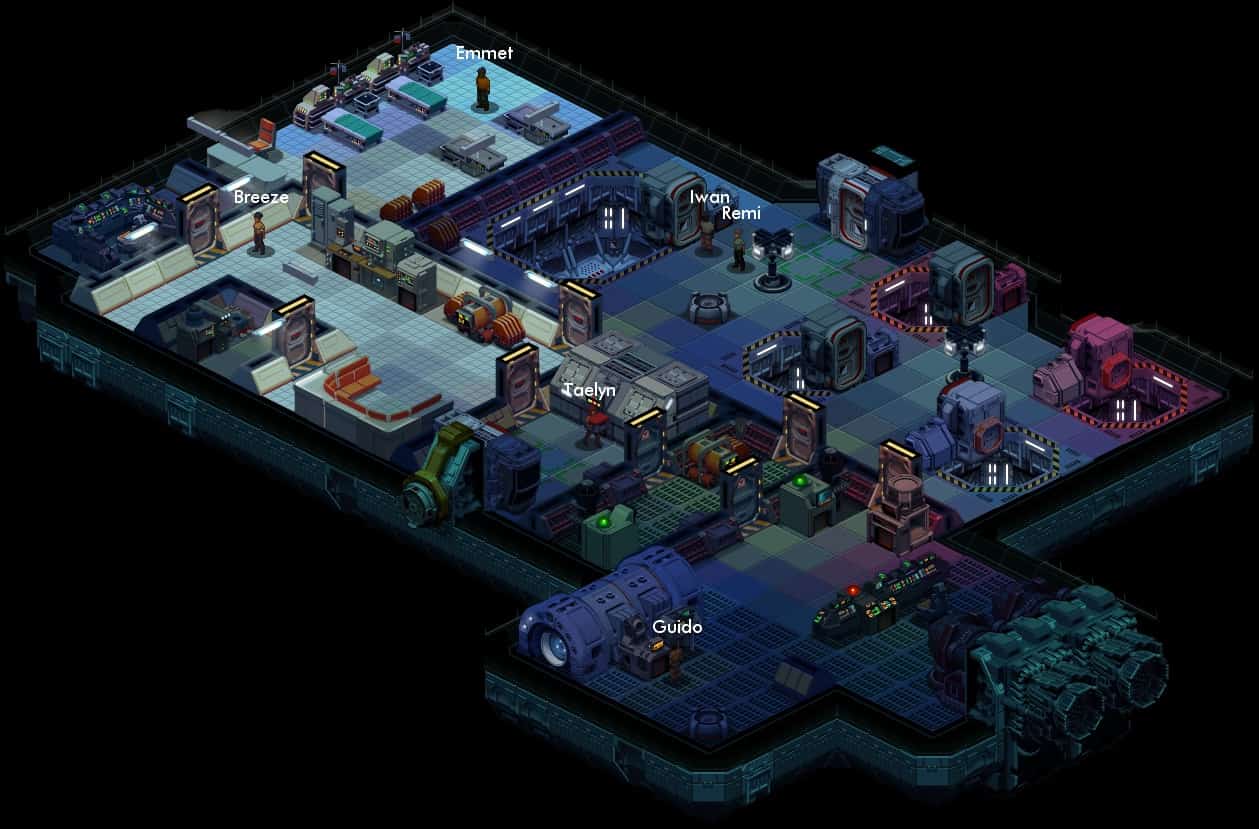 If you like games like RimWorld, Dwarf Fortress and Oxygen Not Included, you'll want to check out hand-drawn space colony sim Space Haven, coming to Google Play in 2019. The game sees you managing every tiny and highly volatile element aboard a spaceship that you design yourself, tile by tile. Your crew, plants and organisms brought on board, and various machines will all have certain needs and benefits revolving around resources and management of the onboard gas system. While managing that, you'll also have to contend with hazards both inside and outside of the ship, such as crew scuffles, invading crews from rival ships, and the classic asteroid field.

Space Haven is all about freedom, but your design and management has to fit your situation in order for your colonists to survive and your ship to thrive as a whole. The plot of the game sees humans fleeing a ruined Earth in search of a new home, and the crowded stars are ripe with opportunities for all sorts of unpredictable shenanigans. The game is open to a vast number of different scenarios, including running out of food and being forced to eat invaders, having explosions happen on board due to crew member and invader combat, rescuing crew members from alien kidnappers, and making large plant growth operations from recycled biomass gleaned from toilets, to name just a few. Each crew member has their own attributes, past and skills, all of which will affect their talents, growth, desires, and relationships with other crew members.

Super-comprehensive spaceship sims with a pixel aesthetic are a very specific niche in the world of mobile gaming, and one that this game seems to be the only entry in for now. There are a number of space simulators, terraforming simulators, city builders and other competitors, but Space Haven, by and large, looks set to be the most detailed space colony simulator on Android when it's released. There's no word as to when that may be right now, aside from some time in 2019. It's also expected to first launch as an early access version while the developers gain feedback prior to the full and proper release.