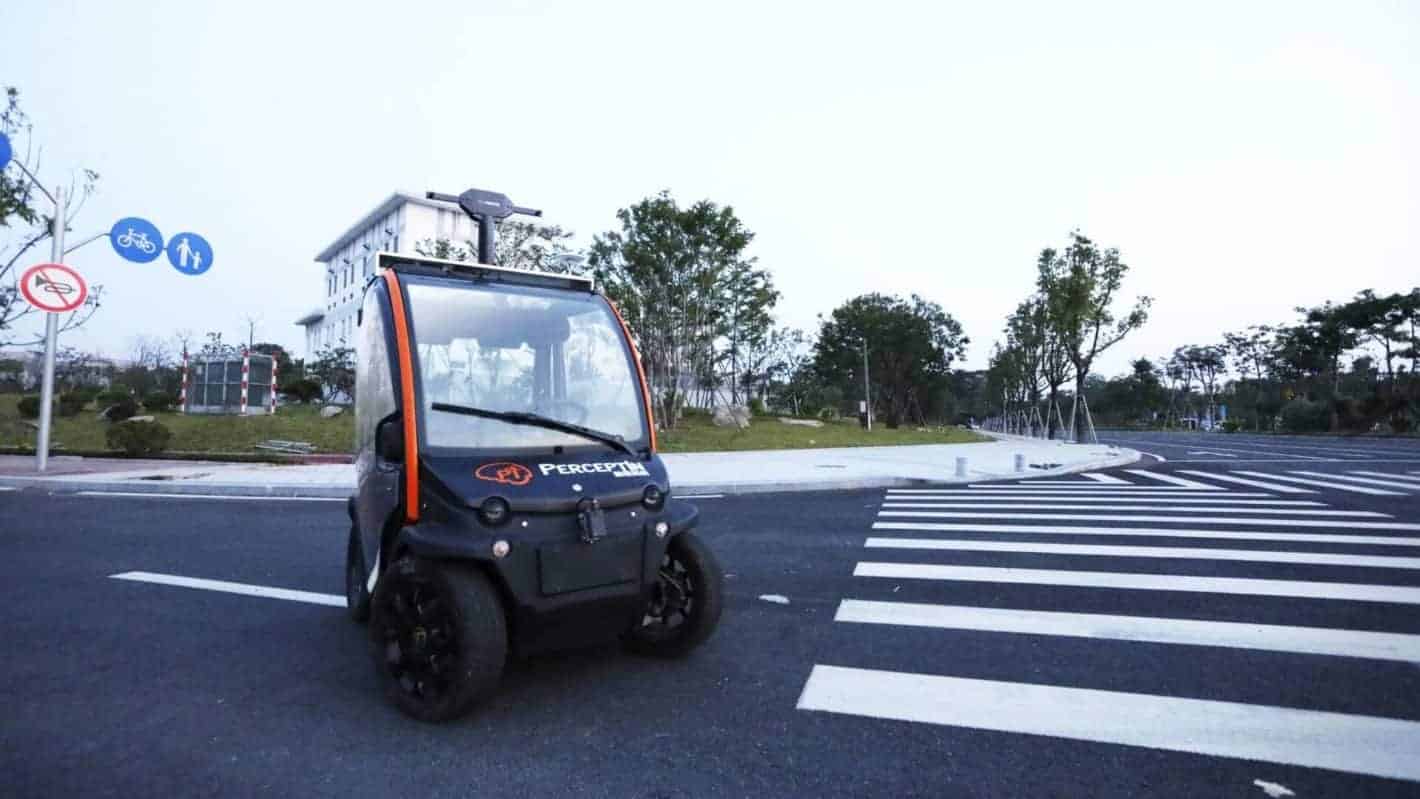 Full-stack visual intelligence company PerceptIn has announced that it will be offerings its low-speed autonomous vehicle, the $40,000 DragonFly Pod, via a pilot purchase program in November. Initially, the DragonFly Pod will be intended to work as a short-distance transport and primarily sold to corporate or university campuses. However, the company says it will be workable in any low-speed or low-traffic environment where employees or goods need to get around and might benefit from a self-driving vehicle to do that. Specifically, the vehicle will max out at 20 mph in order to maintain safety in those types of environments while a second vehicle is also in the works for “high-speed” environments.

Beyond the goal of delivering its own automated driverless solutions to carry passengers, the DragonFly Pod also highlights the company’s innovations in that arena so far. It will utilize PerceptIn’s own machine vision ‘sensor fusion’ and computing systems track and generate path trajectories. Key components of the system are effectively modular, working in a fashion which its creators compare to ‘Legos.’ In fact, that plug-and-play component structure means that even those without a lot of knowledge in engineering could feasibly build their own autonomous vehicle, the company claims, using just five or six components made by PerceptIn. Moreover, that can easily be translated to other moveable machinery such as farm equipment and that appears to be a big focal point for the company launching its own vehicles. Rather than to build an income off of DragonFly Pod alone, Perceptin wants to use the platform to show off its capabilities and encourage prospective customers to use the built-in tech to build something new. That would likely serve to bring in far more income than DragonFly Pod itself over time.

Aesthetically, the DragonFly Pod doesn’t appear too dissimilar to other ‘pod-like’ vehicles making appearances found programs that have operated in the US for quite some time. It features a short overall length and has a small bubble-shaped exterior more akin to a cart than a car. Most of the upper section is comprised of glass, giving passengers a wide field of view. However, the company hasn’t revealed exactly how its business model would work beyond selling the vehicles to participants in its program and eventually more generally. That likely means that it will be up to buyers to determine the best way to implement the DragonFly Pod into a transportation system for their riders.