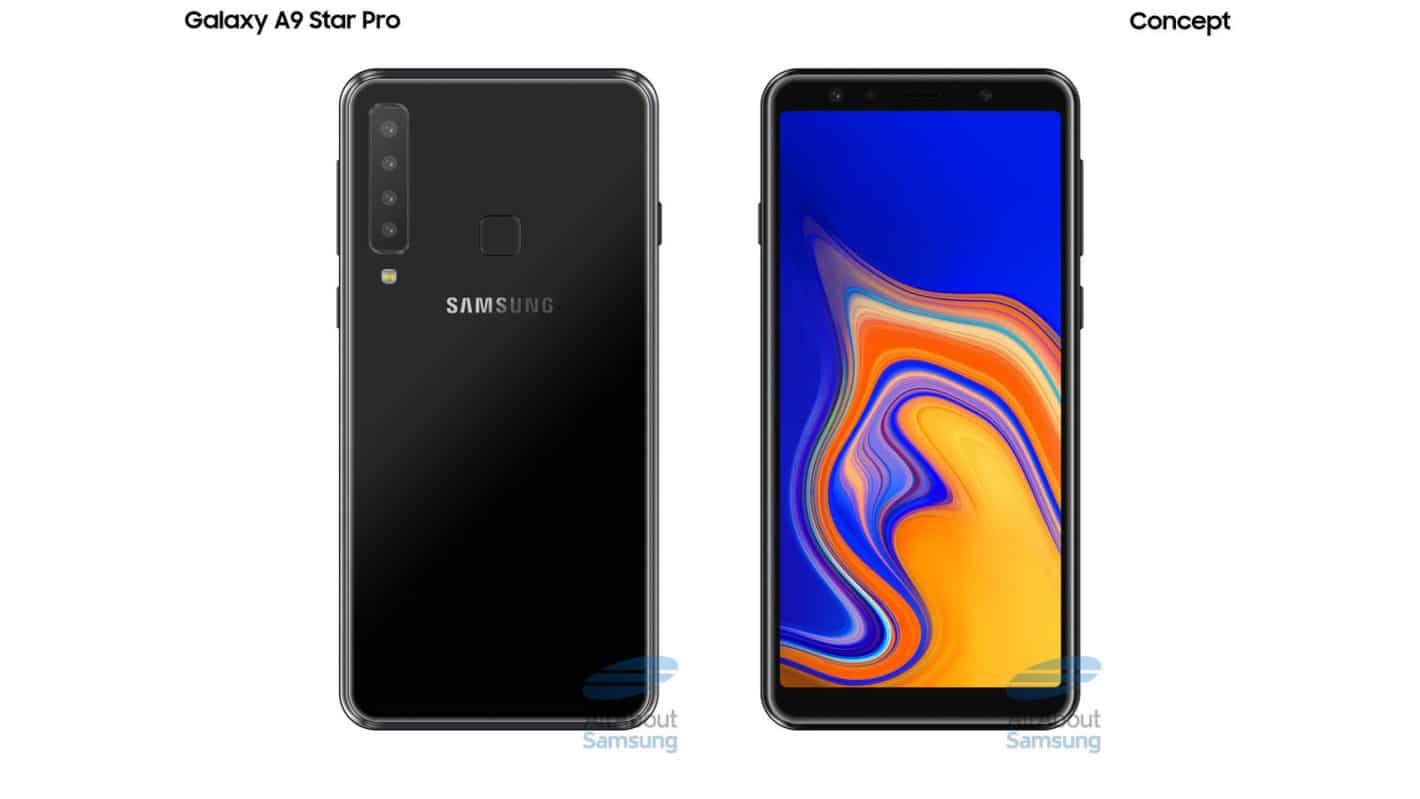 In short: Samsung’s first quadruple-camera smartphone leaked in a concept render based on credible information about the upcoming Android handset, having emerged online together with a number of new details about its unconventional imaging system. Besides the above render, a German insider claimed the device will use four different modules: an 8-megapixel sensor with a wide-angle (120-degree) lens, two zoom cameras with 5-megapixel and 10-megapixel sensors, and a 24-megapixel sensor as the main one. The top bezel of the Android phone will use Sony’s IMX576, the same 24-megapixel sensor used by the OPPO R17 and a broad range of other recent handsets with high-end selfie capabilities.

Background: The new concept is in line with previous depictions of the Samsung-made phone that’s likely to be advertised as the Galaxy A9 Star Pro, a more high-end variant of the Galaxy A9 Star the firm already commercialized in China earlier this year. While existing mobile imaging systems with more than two lenses don’t use all of their modules simultaneously, that’s precisely what Samsung’s upcoming phablet is expected to do. Other than an unconventional rear camera setup, the Galaxy A9 Star Pro is believed to be a standard 2018 mid-ranger, leveraging Qualcomm’s Snapdragon 660 chip and 4GB of RAM. The Super AMOLED panel of the device is said to be a 6.28-inch affair with an FHD+ resolution and an 18.5:9 aspect ratio which the South Korean tech giant will advertise as yet another “Infinity Display.”

Impact: The fact that Samsung is now set to start debuting new mobile innovations in the mid-range price bracket illustrates how the increased competition in the said segment pushed the company to revise its product strategy in order to push back against Chinese rivals and their aggressively priced devices. The Galaxy A9 Star Pro is hence expected to be primarily aimed at select Asian markets and likely won’t be officially available for purchase in the West.