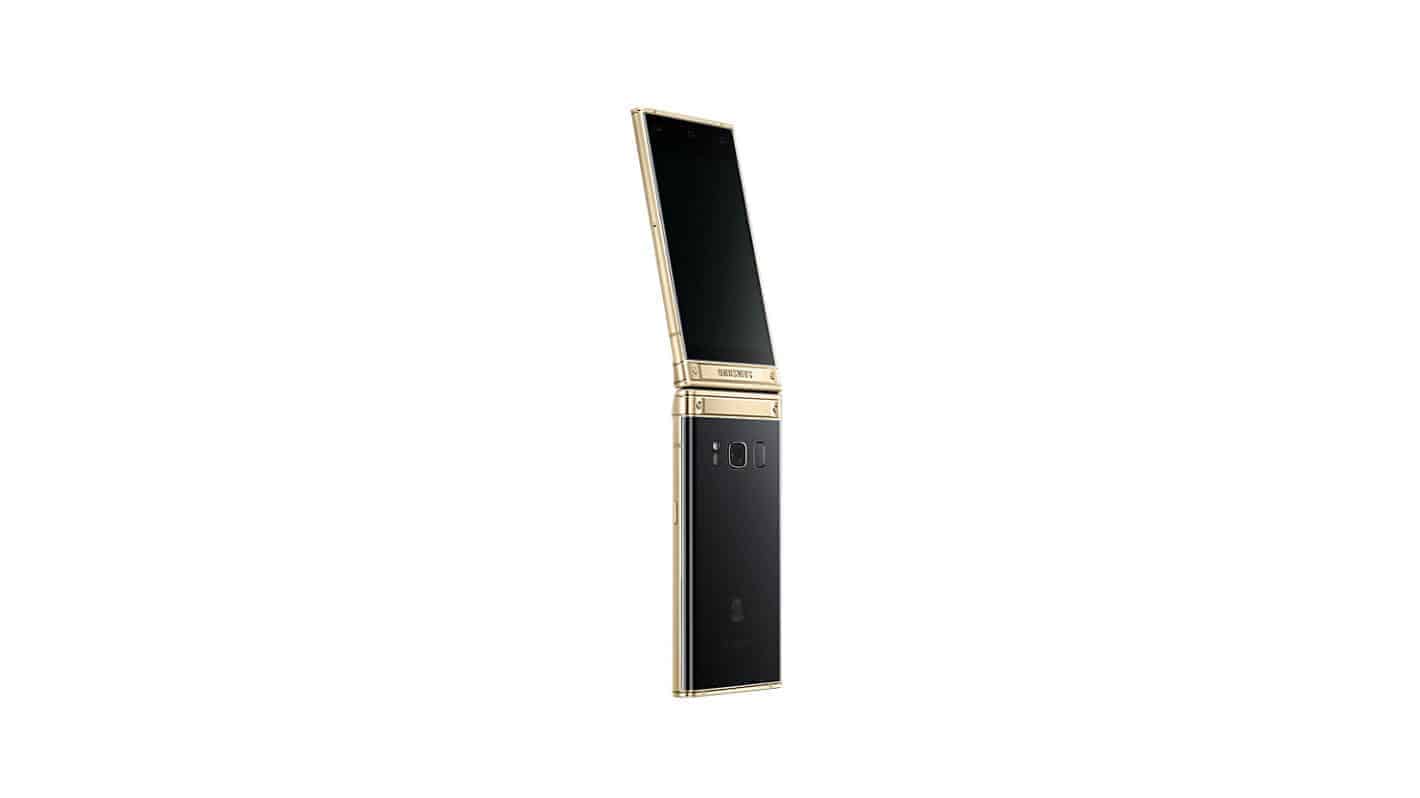 Samsung is working on a successor to its W2018 Android flip phone (pictured above) that's likely to be advertised as the W2019, with the handset presently being tested running firmware version W2019ZCU0ARI1, as first spotted by SamMobile. The South Korean firm has an established track record with using its niche flip phones as testbeds for new technologies that it's considering implementing into its mainstream products. Last year, the W2018 debuted with the world's first contemporary mobile camera offering a variable aperture, with that functionality later being turned into one of the main selling points of both the Galaxy S9 and Galaxy Note 9 lineups.

As Samsung is rumored to be working on a device featuring a quadruple-camera setup on the back that's said to be launching by the end of the year, it's possible the W2018 ends up shipping with such an unconventional system. The flip phone line traditionally debuts in December but has been exclusive to China so far, with Samsung giving no indication of that product strategy being changed for this year. While the flip phone form factor is now largely obsolete in most parts of the world, there's still a small market for such offerings in the Far Eastern country and with Samsung struggling to re-establish itself in China, it cannot afford to ignore any product category wherein it still has a significant following.

The W2019 should be introduced as a device that's separate from Samsung's main Galaxy brand and sport high-end specifications. Based on its predecessors, the handset is likely to offer Qualcomm's Snapdragon 845 and at least 6GB of RAM, as well as a minimum of 64GB of storage space. A microSD card slot and dual-SIM capabilities should be part of the package as well, together with a traditional T9 keyboard and software based on Android 8.1 Oreo.