Samsung is rolling out an update to its Bixby Voice app on the Galaxy Note 9 that brings a fix for accidental Bixby key presses. With the update installed, a new menu option called ‘Bixby key’ will appear in ‘Bixby Voice Settings’ where users will find two options to choose from – single press or double-press to open Samsung’s voice assistant. With the second option selected, the chances of accidentally triggering Bixby should be significantly reduced, if not entirely eliminated. In addition to these two options, pressing and holding the key will also open Bixby Voice, as stated on the same settings page. The South Korean company hasn’t provided an option for disabling the Bixby key in its entirety.

Having said that, the update to the Bixby app currently seems limited to Samsung’s latest flagship and the Galaxy S9 line, with an Exynos variant of one Galaxy S9 Plus owned by AndroidHeadlines receiving one such upgrade earlier today. Galaxy Note 9 owners can either wait for an automatic update to hit their devices or can manually update the Bixby app to the latest version. In order to do the latter, you need to head to the app’s ‘Settings’ menu and select ‘About Bixby Voice’. There you’ll find the ‘Update’ button which should bring your voice assistant to version 2.0.36.14.

The Bixby key was first introduced with the Galaxy S8 last year and has since been part of all Samsung-made flagships. But with the launch of the Galaxy Note 9 last month, the smartphone maker decided to remove the option to disable the key, which was previously available. While the voice assistant has a deeper integration with Samsung Experience 9.0, many users demanded the company to bring back the option to disable the key to lessen the number of times Bixby is accidentally woken up. In response to this user feedback, Samsung announced earlier this month it will bring the feature back but is now tackling the issue from a different angle. 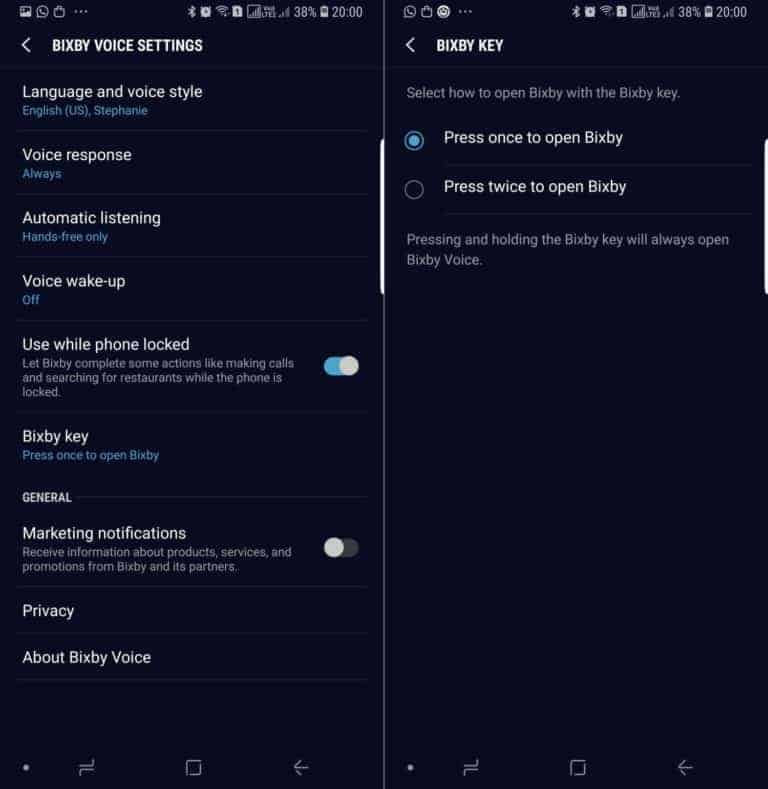