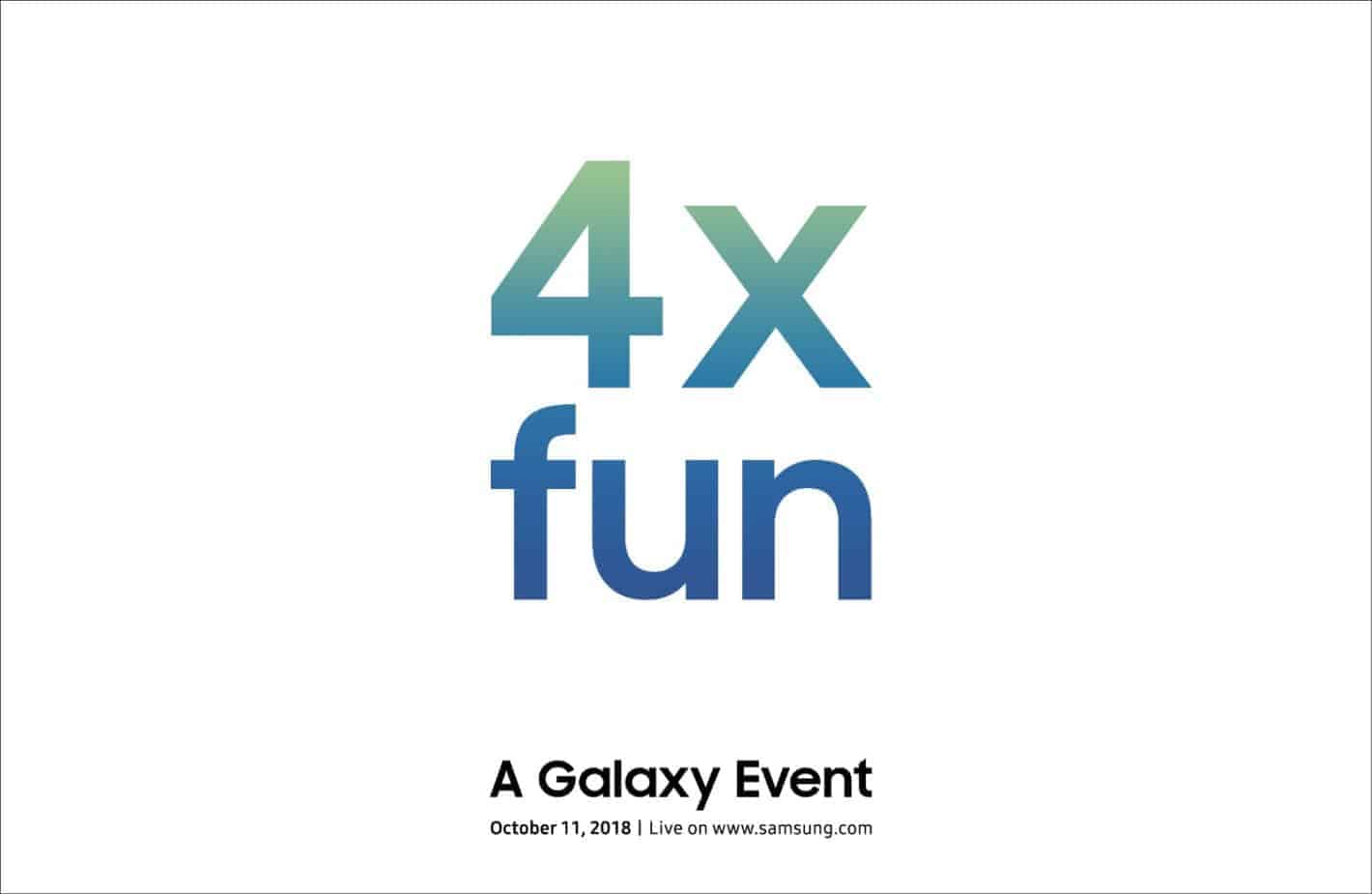 Samsung Mobile has just announced a new event for October 11, and that announcement managed to surprise quite a few people. If you check out the provided image above, and a GIF image down below, you will notice the "4x fun" teaser, while Samsung also confirms that this is a "Galaxy Event", which suggests that the company is planning to announce a new smartphone of some kind.

That is pretty much everything that the company mentioned on both its website and official Twitter handle, the venue of this event was not mentioned, but Samsung did say that the event will be live streamed on its official website. Having said that, a separate report has surfaced soon after this announcement, claiming that Samsung is planning to announce a new mid-range device, though the source is not sure whether it will be a part of the Galaxy A series or not… but it's worth noting that the Galaxy A7 (2018) did get certified quite recently. That very same source did promise that it will release a set of specs for the upcoming smartphone in the near future, though, so stay tuned for that. Several other outlets suggested that this may be the company's handset with four cameras, probably due to the "4x fun" part, and that is possible but only if Samsung means two cameras on the back, and two on the front, as it's highly unlikely that the company will release a mid-range smartphone with four cameras on the back, such a device would probably belong in the premium segment, and we'd probably have some info beforehand.

The "4x fun" part sure is cryptic, which is something Samsung probably did on purpose. It is possible that the company is teasing some sort of features (four of them) that this phone will sport, instead of four cameras, but who knows, we'll just have to wait for Samsung to introduce the device at the beginning of next month, though it's possible that some additional info will surface before then.