Nokia’s TA-1094, tentatively understood to be the Nokia 9, has now been spotted at China’s MIIT certification site with an approval date from way back in May of this year. That seems to suggest that the handset, which is expected to ship with no fewer than five camera sensors on the back panel, has been in the works for quite some time and will be announced sooner rather than later. That’s not altogether too surprising since alleged images of the proposed Nokia 9 have shown up in various reports. It’s also been nearly a year since the would-be successor to this Nokia smartphone, the Nokia 8, was revealed. The MIIT listing doesn’t provide too many details but does show that HMD will not be manufacturing this particular device. Instead, it is being put together by China’s Hemingdi Technology. In addition, and although not clearly identified individually, the mobile device will support GSM, TD-SCDMA, WCDMA, cdma2000, TD-LTE, LTE FDD, and wide area (Wi-Fi) connectivity, as well as an unspecified version of Bluetooth.

On the topic of the unusual five camera array, images of the handset in question have shown four sensors arranged in a diamond shape while the fifth is embedded just above. An LED flash has been shown off to the right-hand side. Speculatively, those might be used to enhance various shooting modes in a similar fashion to what’s expected from the still-unannounced Huawei Mate 20 devices. If that’s the case, at least one of the sensors may be there to help with wide-angle shots while another might assist with scenes that require a telephoto lens.

Those sensors are reportedly going to be embedded in a frame designed to encase a 6.01-inch display with Gorilla Glass 5 and an IP68 rating. There’s also been some speculation about the use of an under-screen fingerprint scanner. Rumors haven’t suggested a specific processing unit just yet, but whichever silicon the company chooses to go with, that’s predicted to have the backing of 8GB RAM and 256GB of storage. The battery has been predicted to ship with a capacity of 3900 mAh. As for the operating system version, this is still an unknown quantity, although some of the leaked images have shown an Android One designation on the rear panel. 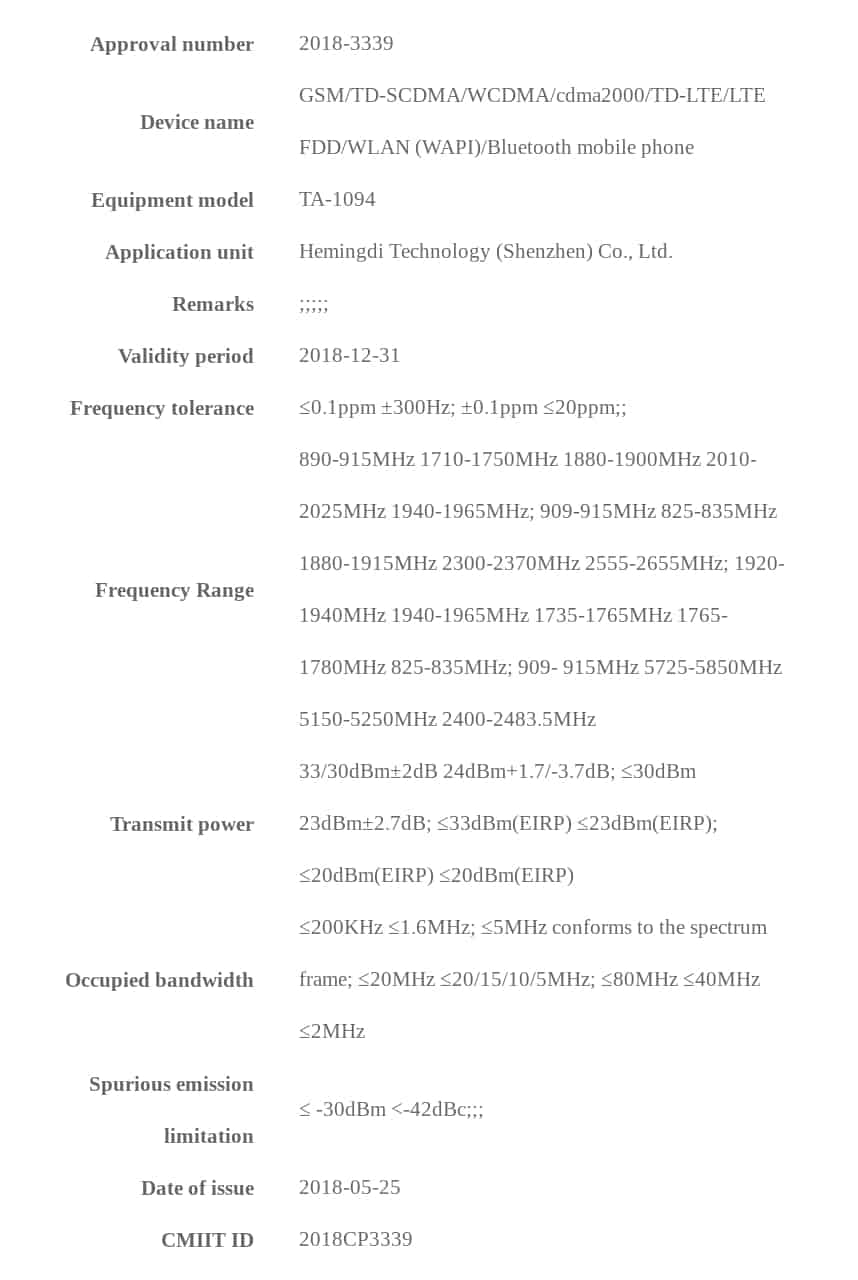