Razer’s upcoming high-end gaming smartphone was spotted on the popular benchmarking website Geekbench with the listing revealing some of its core specifications. As per the benchmark results, the Razer Phone 2 will be powered by an octa-core Qualcomm Snapdragon 845 chipset instead of the upcoming Snapdragon 855, as it was previously speculated considering the new processor will possibly be announced around the same time as the handset. Apart from this, the listing suggests that 8GB of RAM and Android 8.1 Oreo are included in the package, though the company may choose to launch the phone with Android 9 Pie pre-installed. With this set of specifications, the phone scored 2,026 points and 8,234 points in single-core and multi-core tests respectively.

The said scores are slightly lower than what similar hardware on other smartphones could touch, which is possibly due to an unoptimized operating system that is currently under development and a stable release should fix it. Razer started the trend of gaming smartphone last year when the Razer Phone was announced in November and according to the company’s Vice President Chen Xiaoping, its sequel should be out sometime later this year, though no definite timeline has been officially announced. In its recent earnings report, the San Francisco-based company confirmed to be working on the second-generation Razer Phone along with a few new software features that will accompany the smartphone.

Having said that, the Razer Phone successor is likely to retain the 120Hz refresh rate display that was introduced with the last year’s model, which not only improves the gaming experience but the overall user interface also feels much more responsive. Apart from bumping up the specifications to match the 2018 flagships, Razer may also consider making some design changes, like including a taller display and reduce top and bottom bezels while still sporting those front-facing stereo speakers. The first Razer Phone boasted a 4,000mAh battery to keep the phone running during those prolonged gaming sessions and its sequel is expected to improve upon that aspect as well, possibly by including a larger battery. The company has yet to officially confirm a launch date for the handset, though it is rumored to go official in a couple of months. 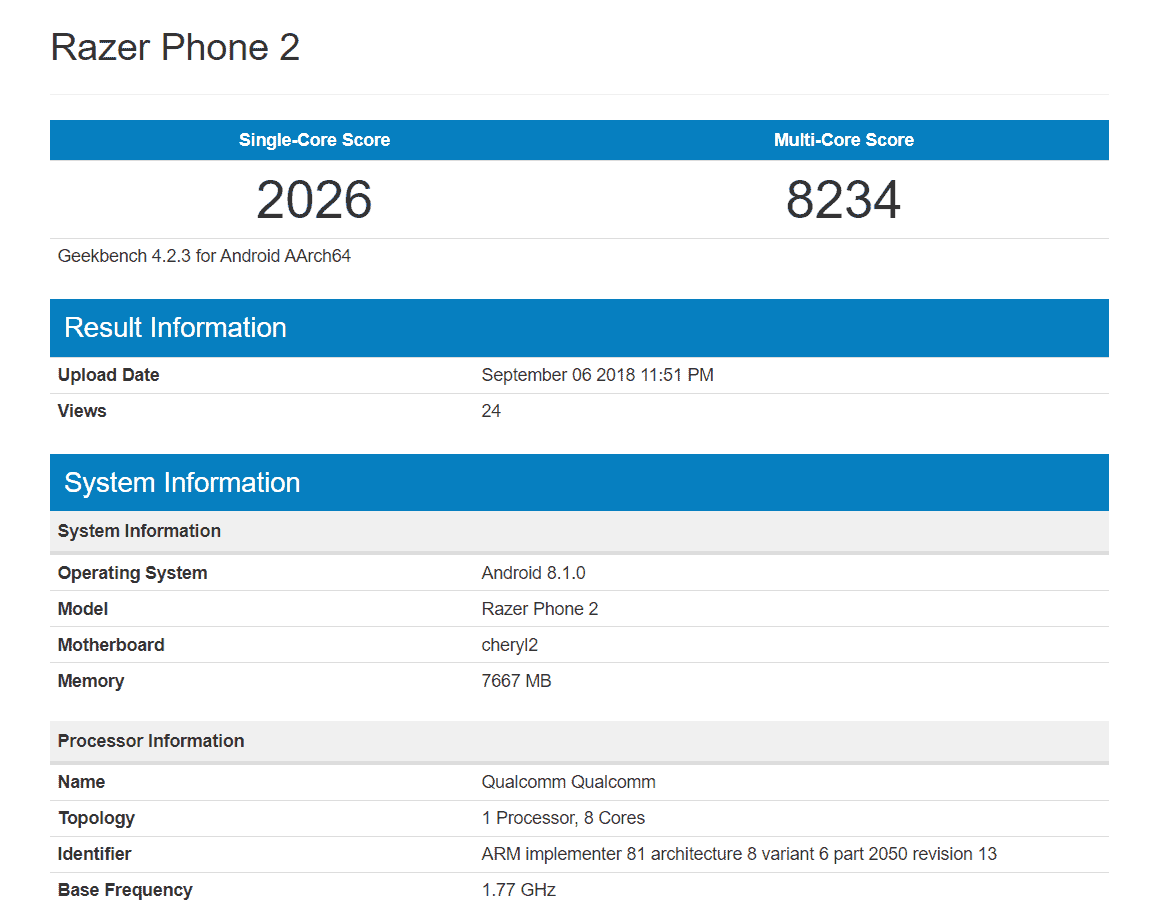