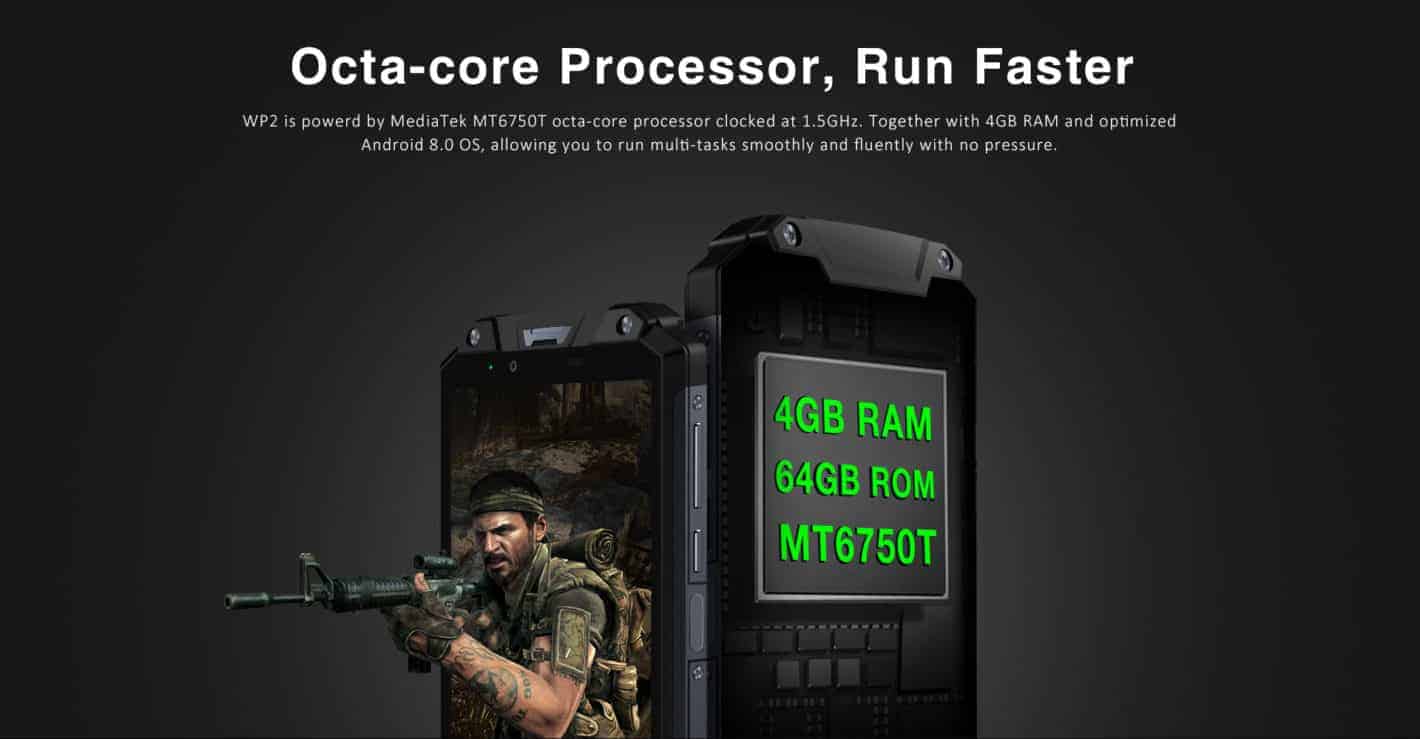 OUKITEL has just released another promo video for its OUKITEL WP2 smartphone. This device will become official for pre-order on September 24, and in order to promote the phone even further, the video that the company released shows off the phone's gaming prowess, and also its AnTuTu test. This video has a duration of about six minutes, and in it, you will see this phone run several 3D games without issues. Now, as far as the AnTuTu test is concerned, the phone scored 56,076 points.

OUKITEL has announced that the phone will be available in two color variants, black with tarnish, and black with gold. This phone features a 10,000mAh battery on the inside, and that is one of its main selling points, that's for sure. On top of that, this is a rugged smartphone which offers IP68 certification for water and dust resistance, while it is also worth noting that it is shock-proof. The OUKITEL WP2 offers a rather odd shape for a phone, it looks like a octagon of sorts, which is not something we haven't seen before, but it's not exactly something you see frequently. The device features two cameras on its back, while its bezels are quite substantial, which is not that surprising considering this is a rugged device.

Now, as far as its specs are concerned, in addition to a 10,000mAh battery, the device features a 6-inch fullHD+ (2160 x 1080) display, 4GB of RAM and 64GB of internal storage. The phone is fueled by the MediaTek MT6750T 64-bit octa-core processor, while it supports Bluetooth 4.0. 16 and 2-megapixel cameras are included on the back of this device, while a single 8-megapixel camera can be found on its front side. Android 8.0 Oreo comes pre-installed on the OUKITEL WP2, while the device comes with two SIM card slots (2x nano SIM), while you can insert a microSD card in the second SIM card slot in order to expand this phone's storage (hybrid dual SIM setup). If you're interested in purchasing the OUKITEL WP2, the phone is already listed on GearBest, and you can submit your e-mail address so that you're notified once it becomes available for pre-sale.