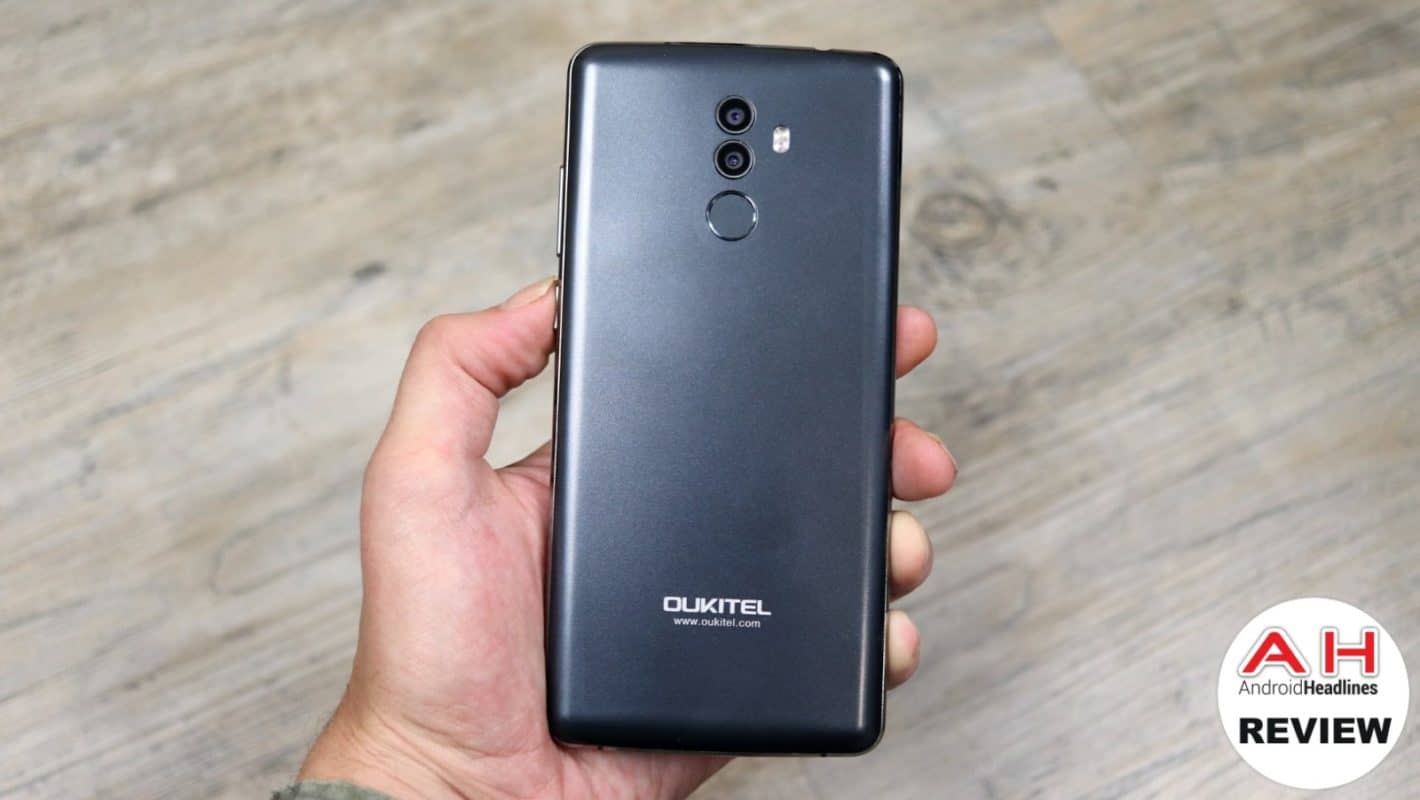 OUKITEL's K8 is not a perfect budget device in any sense of the word but has some decidedly positive features.

The OUKITEL K8 was only just recently launched to the affordable end of the Android Oreo arena and is by no means the best handset on the market. As is always the case with devices in the price range, there are trade-offs across the board to keep costs down and bring focus to its overall purpose. In the case of OUKITEL, that's ordinarily the battery capacity and longevity and that doesn't seem to differ much with its K8 or its 5,000 mAh battery either. However, the company also seems to have taken a step away from massively ruggedizing this device as well, giving a comparably great feel and overall design. 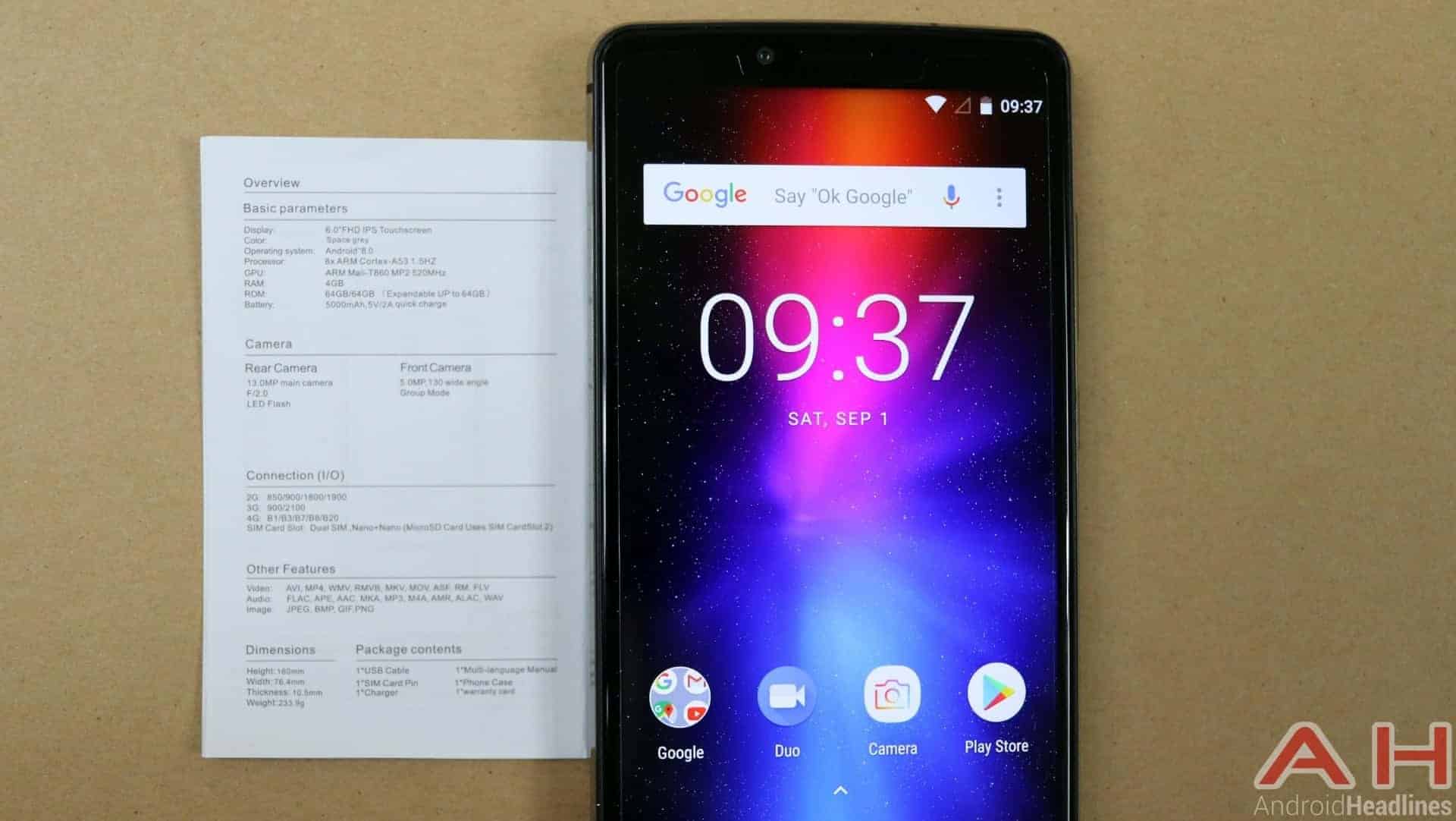 The OUKITEL K8 features a 6-inch 2160 x 1080 resolution display panel with a screen ratio of 18:9 and embedded in a CNC machined zinc alloy frame. The all-metal design measures 160 x 76.4 x 10.5mm and tips the scales at just a little under 234g. Above the display, which allows a screen-to-body ratio of around 82.4-percent, there's a 5-megapixel shooter tied to face unlock features. Proximity and light sensors set on either side of the earpiece and a three-color notification LED sits just a bit further to the left of that. Rolling the device over, a fingerprint scanner is placed at the top-middle and just underneath a Sony IMX135 model 13-megapixel and 2-megapixel dual camera setup with an LED flash. The entire package comes in only one color, Space Gray, while the surround is a bright metallic silver. Embedded in that edge are a headphone jack at the top and the bottom houses a micro USB charging port next to a bottom-firing speaker and a microphone.

On the inside, the K8 is driven along by an octa-core MediaTek MT6750T 64-bit SoC backed by a Mali-T860-M2 GPU. The former of those has cores split into two groups of Arm Cortex-A53 cores clocked at 1.0GHz and 1.5GHz. For memory, the Android 8.0 Oreo handset utilizes 4GB of RAM and 64GB storage that can be expanded up to 256GB via micro SD card placed in the second of two nano SIM slots. A 5,000 mAh non-removable battery provides power for all of that, with fast-charging enabled and a claimed lifespan of 1.2-days per charge. At retail, the OUKITEL K8 has a suggested price point of $159.99 but can sometimes be found on sale for just under $130. 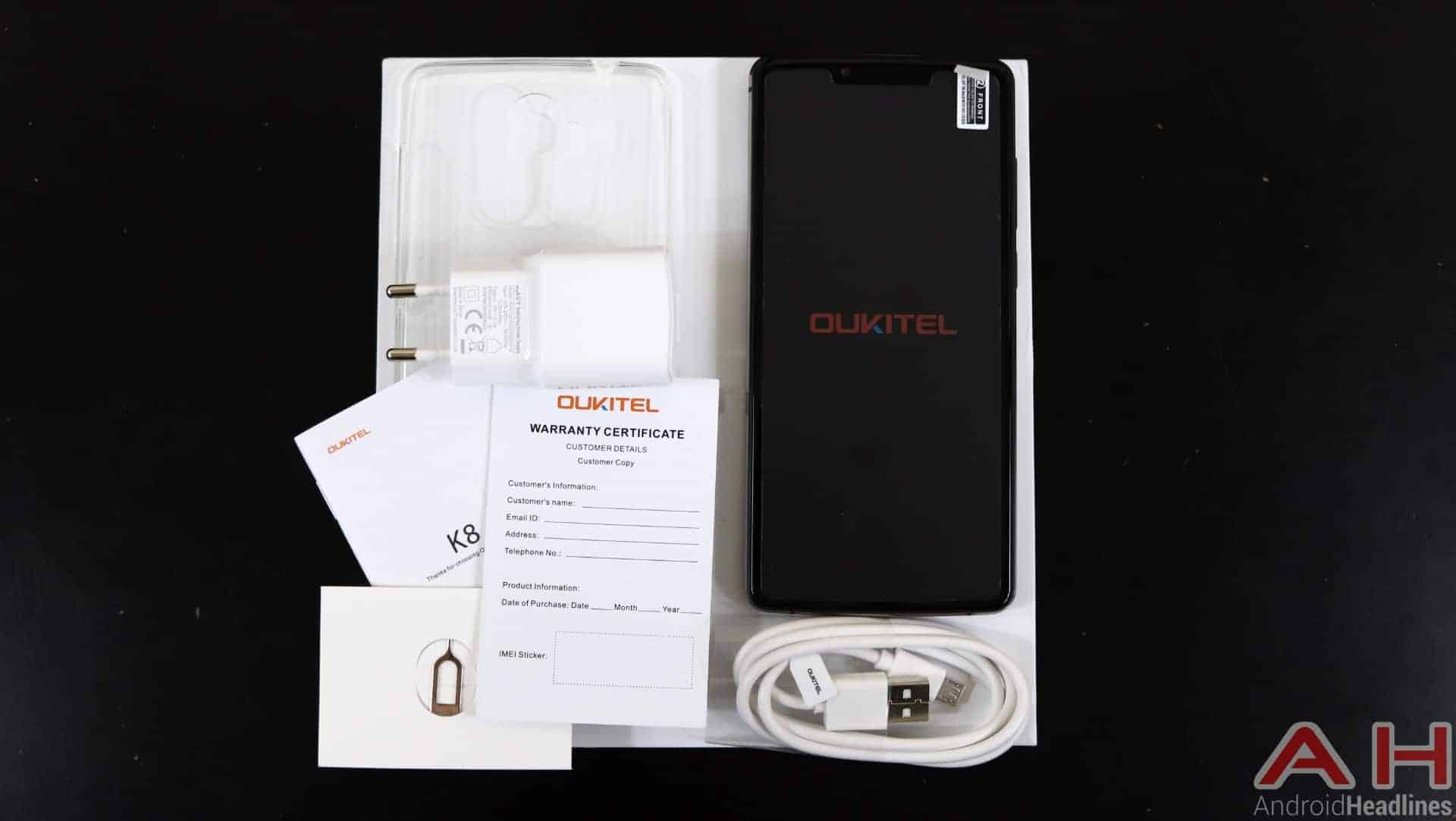 For that price, users can expect to receive the handset itself, with a film-style screen protector and soft TPU shell case already installed. The box also contains a USB to micro USB cable for charging or OTG transfers as well as a standard Type-C wall adapter as is commonly found in the regions where the OUKITEL K8 is sold. A SIM drawer tool is included to round out the packages, as is a warranty card and short booklet explaining some device specifications and the hardware. The latter of those is only a few pages long for each language and should be useful to any first-time smartphone owners. 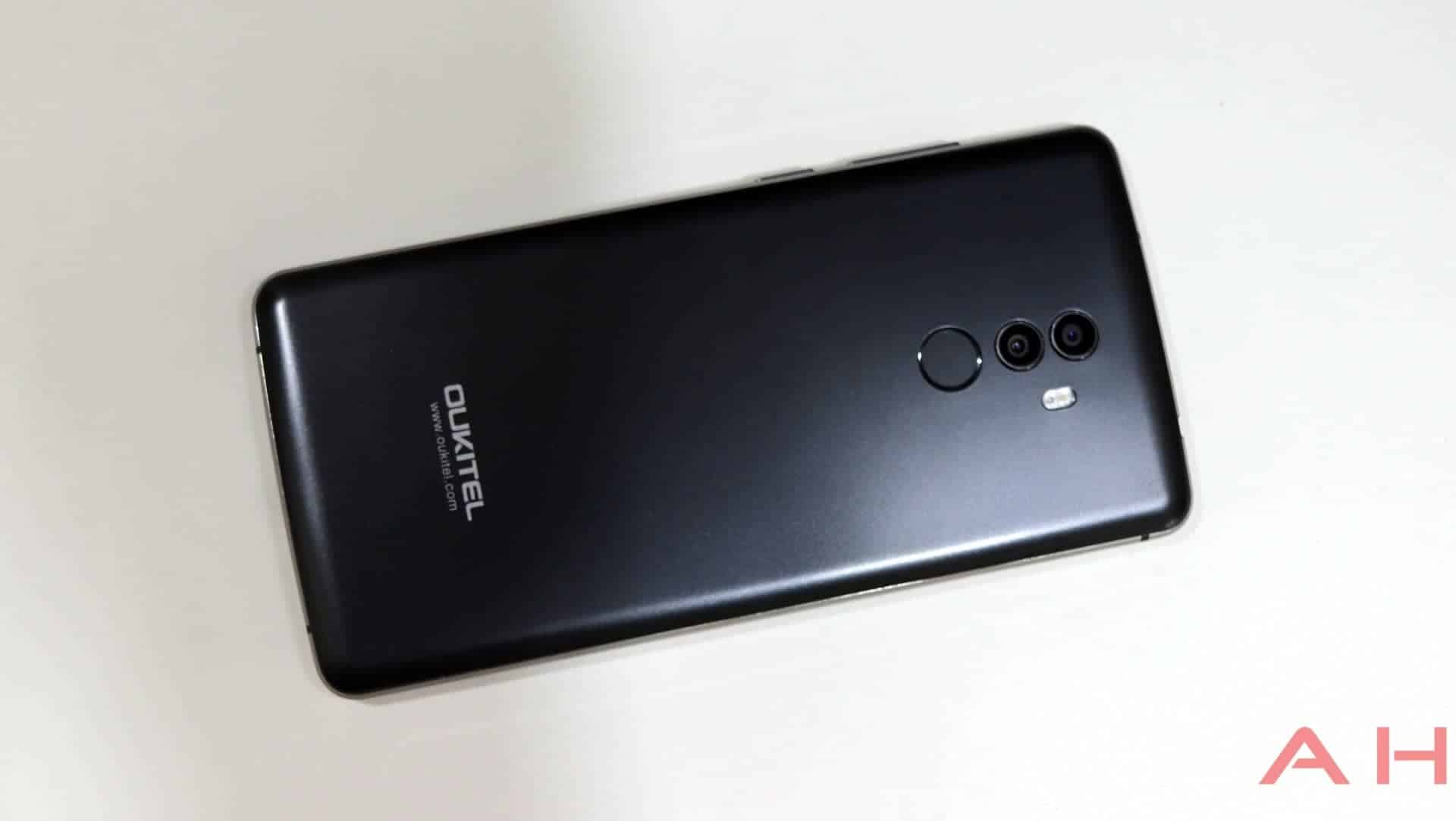 The hardware featured for this budget-friendly Android device has both its positive points and its trade-offs, as is almost always the case with devices in the category. On one hand, the build quality of the K8 feels good in the hand, if a bit thicker than some competitors, with a good amount of heft due to the use of metals and the battery. The exact composition of the metal and coloration make fingerprints a complete non-issue on that panel, while the buttons are clicky and the brighter metal used there and around the edge doesn’t pick up fingerprints too easily either. The plug on the headphone side of things fits snugly enough to put the handset in a pocket without worrying that things will come loose or wiggle too much. The bezels are well-past thin enough that the OUKITEL K8 doesn't feel dated at all for a device in its category.

On the other hand, there is a fair amount of wiggle in the side buttons too. Although not jiggly enough to cause any immediate concern, running a finger along those creates a clicking noise as the material from the buttons comes into contact with and bounces off of the frame itself. There's also no advertised ruggedization or glass hardening. That's a small break from the rounded corners or smooth edges used elsewhere in the design and starts to break the illusion that this could be a mid-range handset but is not a deal-breaker. The second issue we noticed in the build may have been a quirk of our individual test unit, rather than of the device lineup as a whole since no manufacturing process is perfect. Namely, our charging port was loose enough that even the brand-new cables could very easily be moved back and forth and nearly came out completely. It never did come unplugged during our test and didn’t have any issues charging but is worth noting. 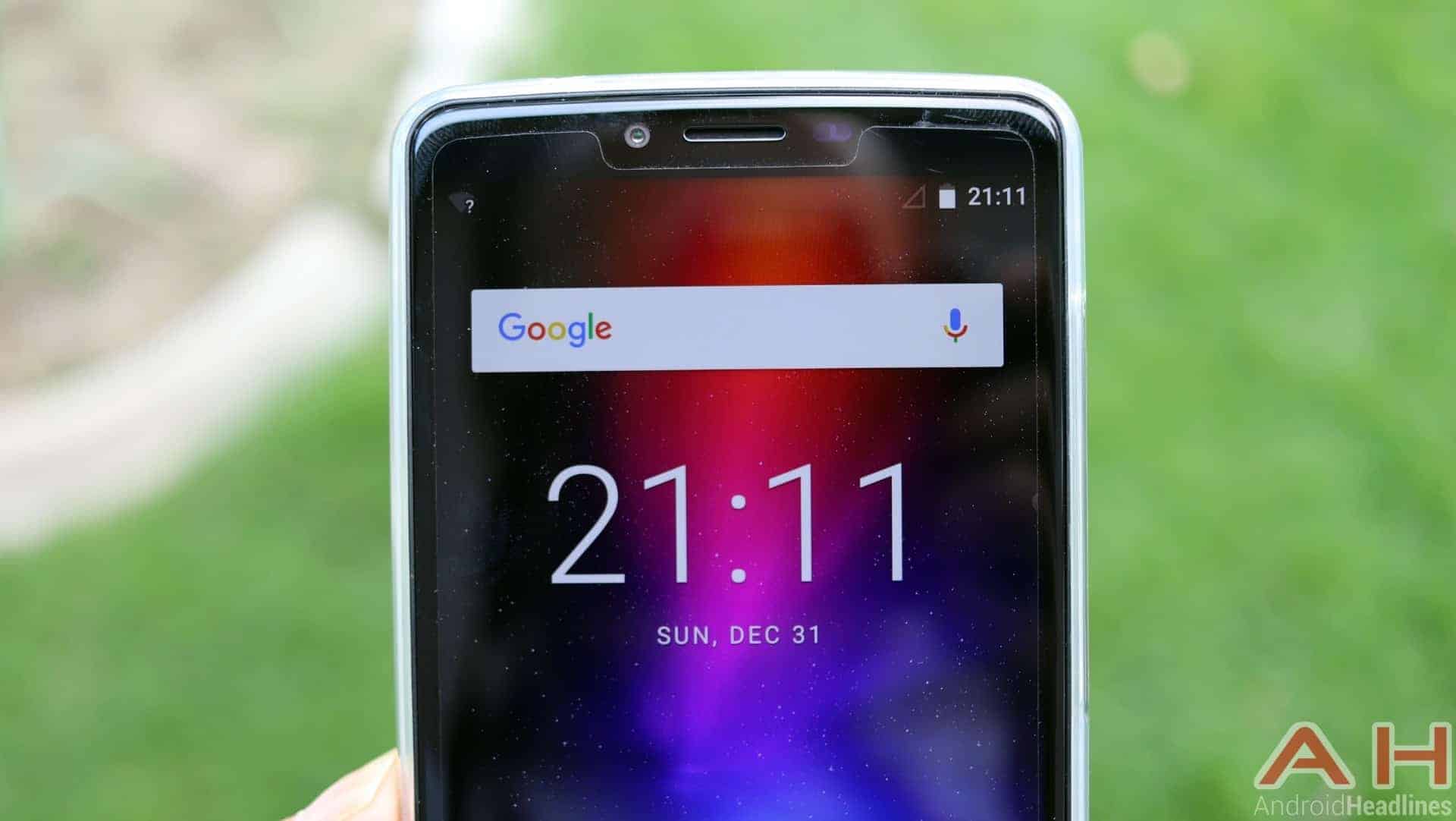 The fingerprint-hiding aspect found on the metals of the device absolutely does not carry over to the display-side, however. Instead, the only real complaint about the screen is that it collects fingerprint oils and dust spectacularly. Having said that, the display is bright enough to use under full sunlight and the touchscreen is very responsive. At 2160 x 1080, details are good and there is no real pixelation to speak of either. With the exception of the aforementioned lack of any advertising about screen hardening or other ruggedization, OUKITEL has done very well with the display. It should be a perfect fit for media consumption or those who need a large, clear panel for whatever other reason. 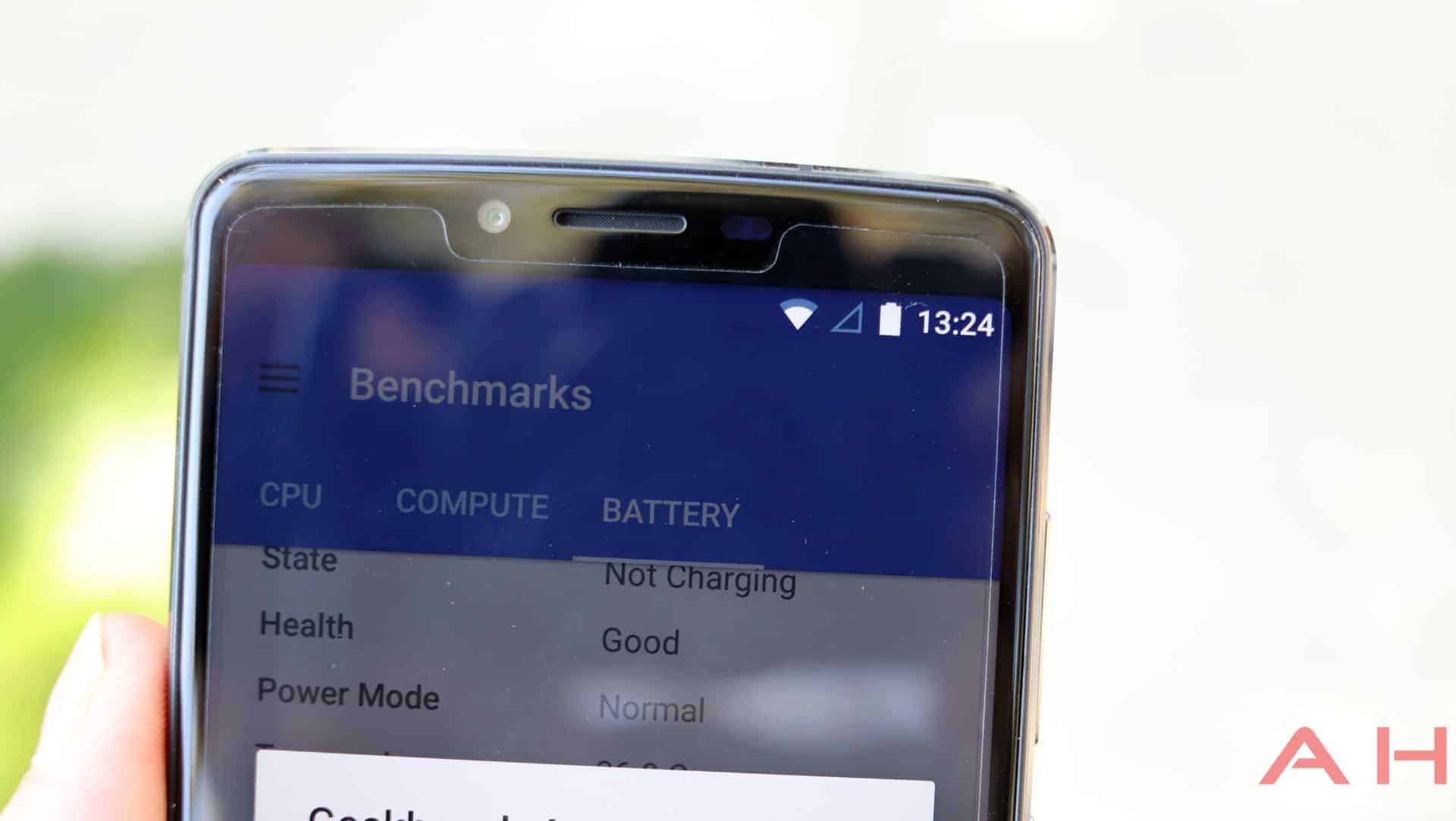 In terms of performance, OUKITEL's K8 is a respectable device as well – although certainly not the most powerful available, even in its price bracket. Fingerprint reading and face unlocking are quick and OUKITEL has even been responsible enough to include a warning that the latter is typically not as safe as other security methods. Both operate as well as can be expected for the OS. With that said, gaming and high-intensity apps are also obviously not the goal here. Asymmetrical processing, the separation of cores into two groups, is generally more efficient and allows for battery savings, in addition to performance when it's needed. However, the cores used here are definitely geared toward efficiency rather than power. As a result, there was some lag in even basic apps when the phone had more than half-a-dozen applications open and modern games meant for more powerful hardware are going to be out of the question for the most part. That was reflected in our benchmark testing too.

The battery, meanwhile, performed very well in both benchmarking and real-world use. We turned the device on well-before we started running our tests and it should, in fact, continue running for several days on standby without a charge, if that's what a consumer really needs it to do. During use, that didn't seem to change much at all except under the higher-intensity apps. Screen-on time was shown to be at just over seven hours with the CPU hovering at an average of 50-percent usage. The screen-dimming and battery savings features were turned off for the test and it could probably be extended quite a bit further than that. When charging the OUKITEL K8, we noted that it went from completely drained to over 80-percent charged in just under half-an-hour. 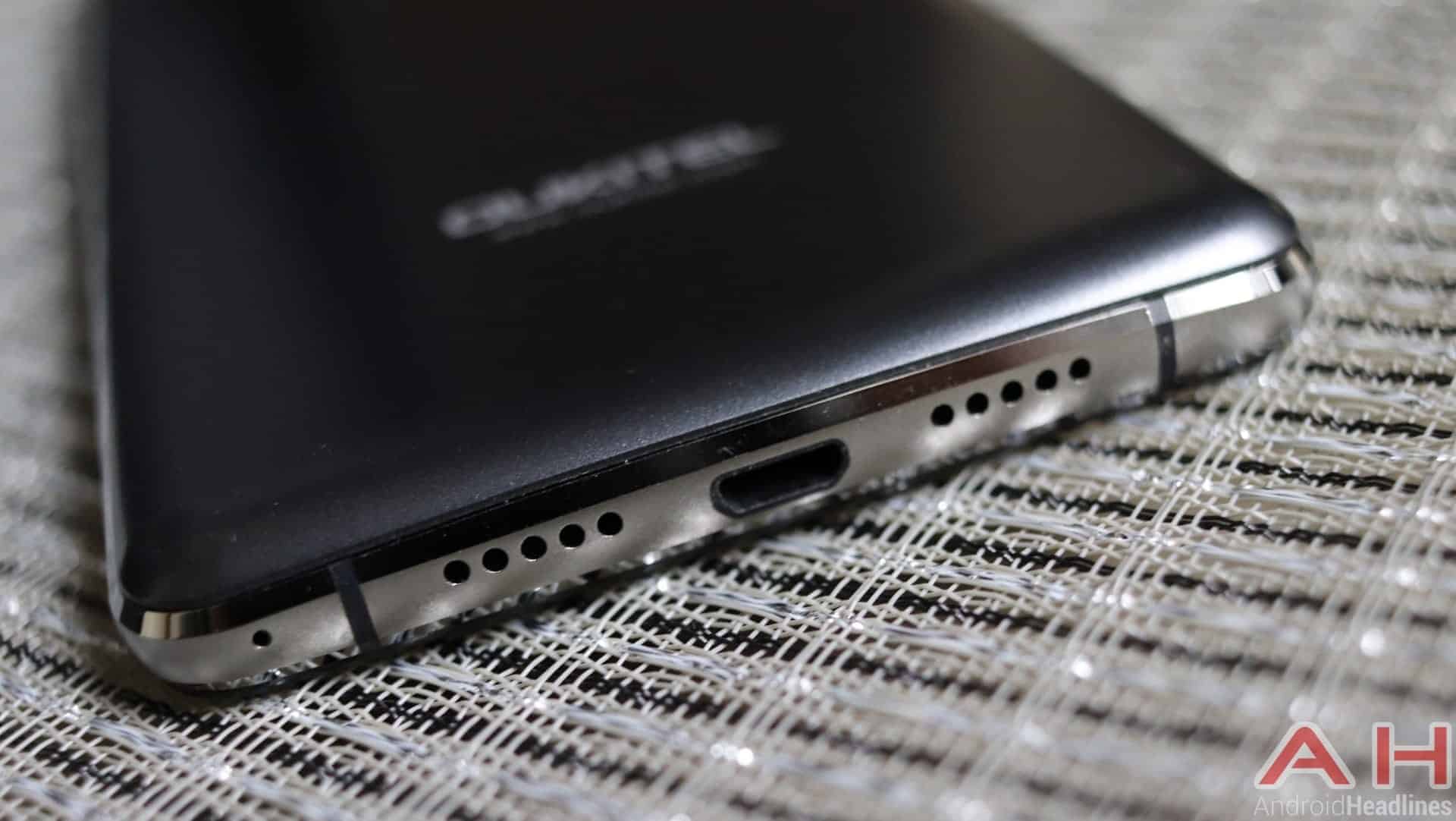 For audio, there isn't really anything special to talk about with OUKITEL's K8 because sound doesn't appear to be part of what the company was focused on either. Instead, that's about average for a budget handset. The highs shine through much more than the mids and those much more than bass tones. It will be more than serviceable for most media.

On the connectivity front, we weren't able to fully test calling due to incompatibility with our test carrier – which was Straight Talk in the U.S. through T-Mobile's towers. Wi-Fi and Bluetooth 4.2 worked as expected, with no more drops in connection than would happen at a distance with any other handset. A call was made over Wi-Fi through Google's Hangouts and the earpiece was shown to deliver clear audio, while the mic was equally good. Hotspot capabilities are supported. The K8 should perform well in its intended regions and supports the bands listed below, so prospective buyers will want to check that their carrier is supported before buying. 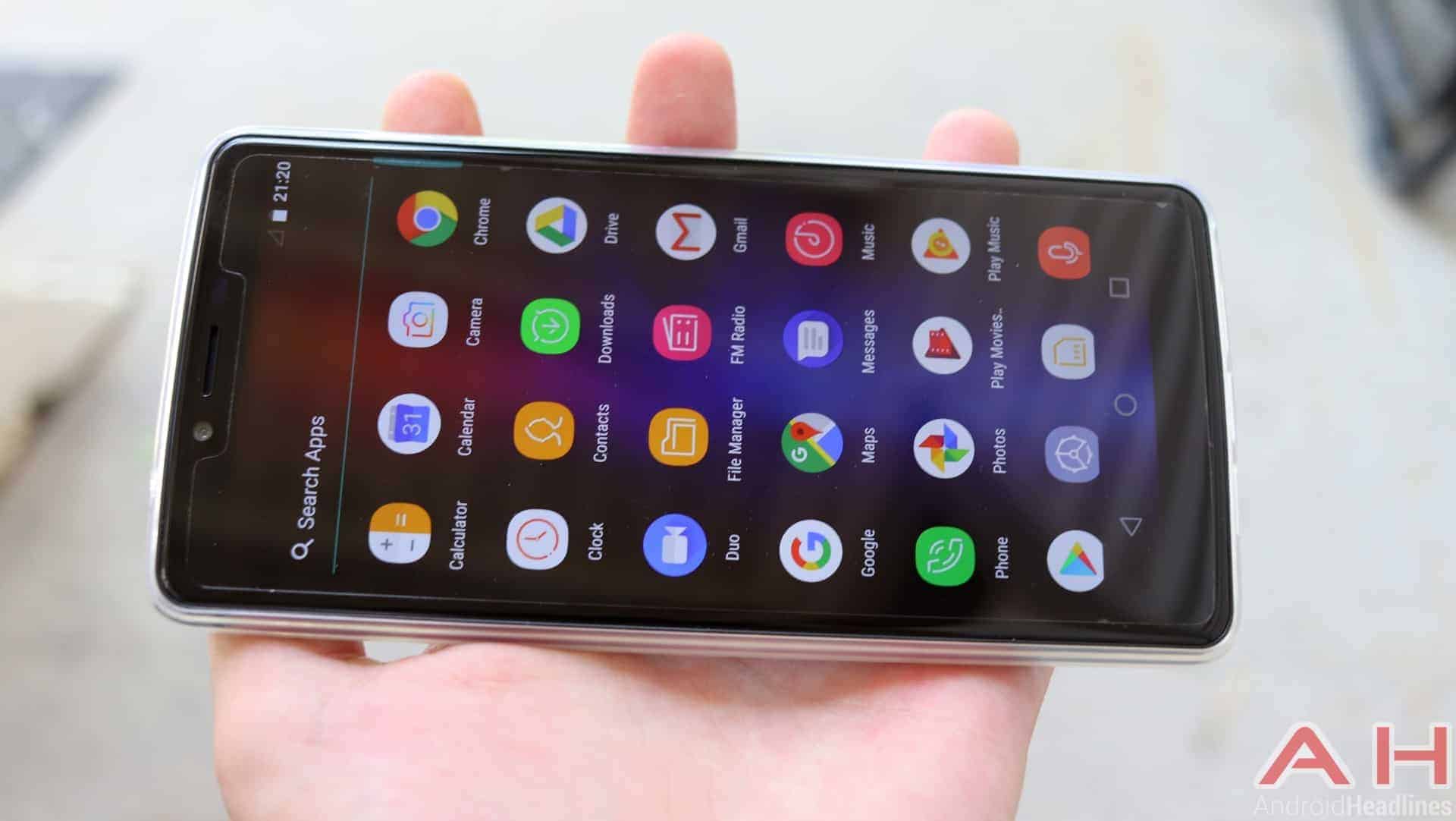 Software on the OUKITEL K8 holds no big surprises and is very close to being a stock iteration of Android 8.0 Oreo. There's also almost no bloatware aside from the usual manufacturer inclusion of a system manager for handling file-cleaning, the auto-startup of applications, and power management. Everything is effectively Google-made or AOSP. There's also nothing unusual within that software, compared to others downloadable from the Google Play Store or that ship on other devices. In fact, it acts as an extension to similar tools found in the settings menu of every Android device. Gesture controls are part of the package, including the usual fare which allows the device to be silenced by turning it over or the screen double-tapped to unlock the display. So none of the software is out of the ordinary but that should be useful given the low-power design in use here. 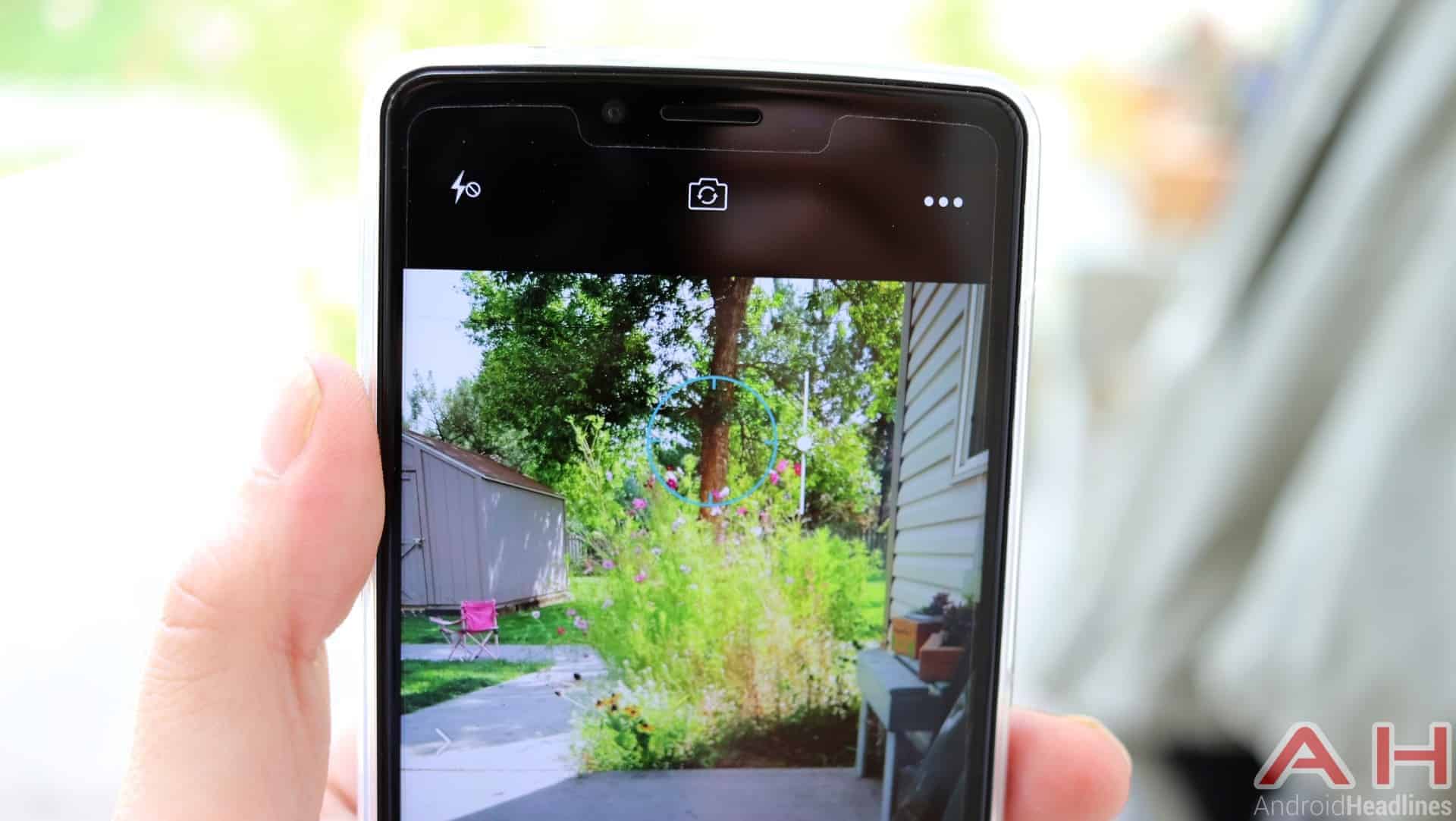 The camera does suffer from a couple of issues but although some of those seem unique there are no more than cameras found on other budget-friendly smartphones. Namely, the hardware appears to cause some lag between hitting the button and the photo being taken, whether the on-screen or volume button is used to capture an image. There is also a bit of delay when switching between the included modes – which are the standard video, photo, face beauty, blur, monotone, panoramic, and Pro modes. There's also a distinct embellishment of contrast between shadowy areas in a shot and well-lit portions which occurs in nearly all photos taken. Finally, blur from hand-shake in HDR mode is high and details do get lost in low-light situations.

Having said that, well-lit photos turn out well and the accented shadows aren't always a negative thing. Color capture is also spot-on throughout, except where warmer lighting creates a yellowing effect, commonly seen in most digital snappers. The camera hardware in use here and underlying software – which could probably be updated to solve at least some issues – are at a minimum serviceable. While not perfect in any sense of the word, there are worse mobile setups on the market and sometimes for a lot more money.

No advertised ruggedization or water and dust resistance

Whether or not the OUKITEL K8 is a worthwhile purchase will depend on what an individual consumer is looking for and at what cost. The Android Oreo smartphone is a true budget-minded device in nearly every sense of the word. For battery life and a high-resolution display, in addition to fingerprint or facial unlocking features and an almost stock experience, it would be hard to find many devices that are more cost-effective. Other aspects of the handset take a hit in favor of that – such the cameras, audio, and sometimes performance. But OUKITEL has done a fairly good job of keeping the effects of that to a minimum, with the exception of a looser-than-normal charging port, and there shouldn't be any major problems.