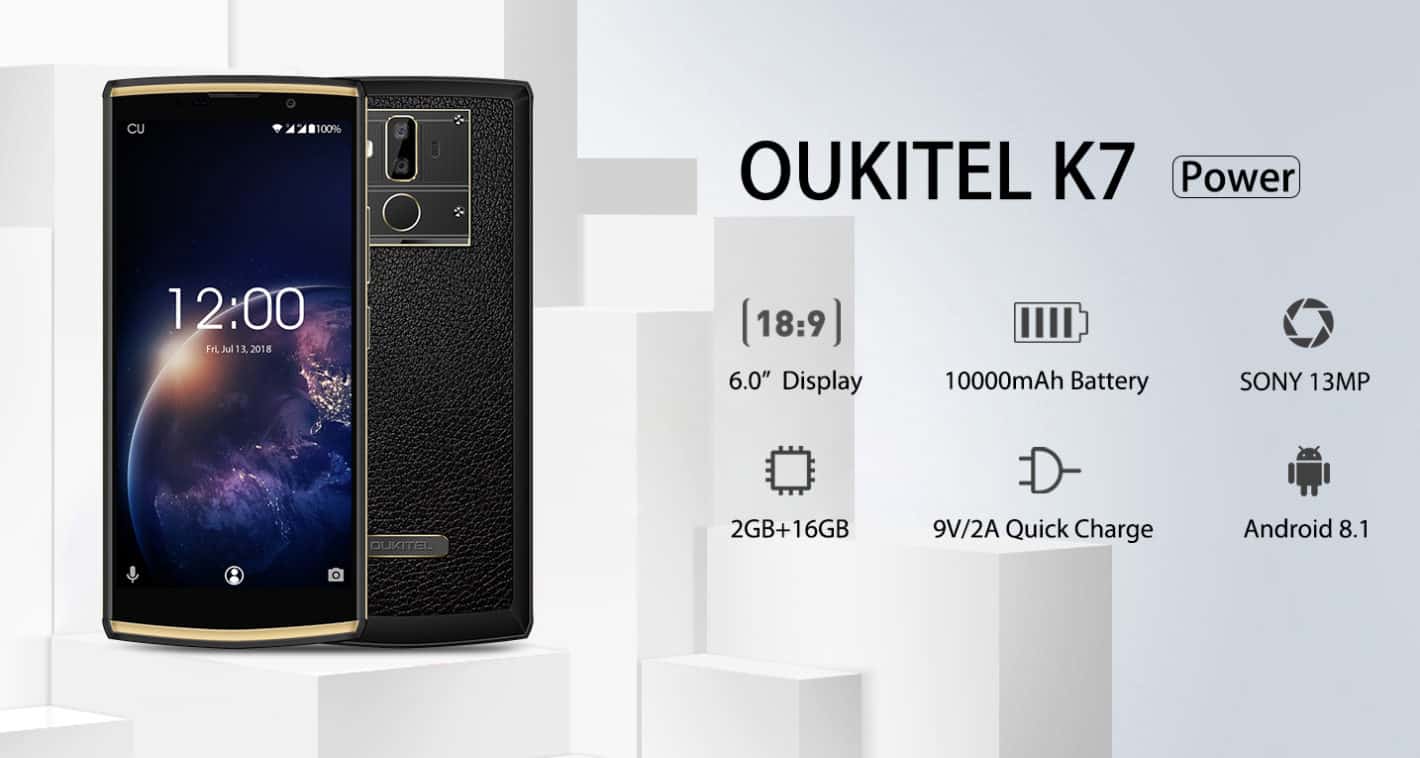 As you can see, the OUKITEL K7 Power comes with a curved top and bottom sides, while a leather-like material is applied to the back of the device. The phone is made mostly out of metal, while you will find OUKITEL’s logo placed on the back of the device. Two vertically-aligned cameras are also included on the back of the OUKITEL K7 Power, while a fingerprint scanner is placed right below those cameras. This smartphone features a 6-inch HD+ (1440 x 720) display, while it comes with 2GB of RAM and 16GB of internal storage. Android 8.1 Oreo comes pre-installed on the phone, while the phone supports fast charging (9V/2A), which should help charge up the phone’s enormous battery. The company also mentioned that a 13-megapixel camera is located on the back of the phone (Sony’s sensor), but the secondary rear-facing camera was not mentioned, though it’s quite possible we’re looking at the same 5-megapixel sensor that can be found on the OUKITEL K7.

That is more or less all the info that OUKITEL shared about the OUKITEL K7 Power, though we do know that the phone will become available sometime this month. We’ll have to wait to see what other specs will be included. This handset is quite similar to the OUKITEL K7, and we’re not really sure why OUKITEL gave it the ‘Power’ name, as it comes with the same exact battery as the OUKITEL K7, and it seems to be inferior in terms of specs, but there you have it. One thing is for sure, though, the OUKITEL K7 Power will be more affordable than the OUKITEL K7.