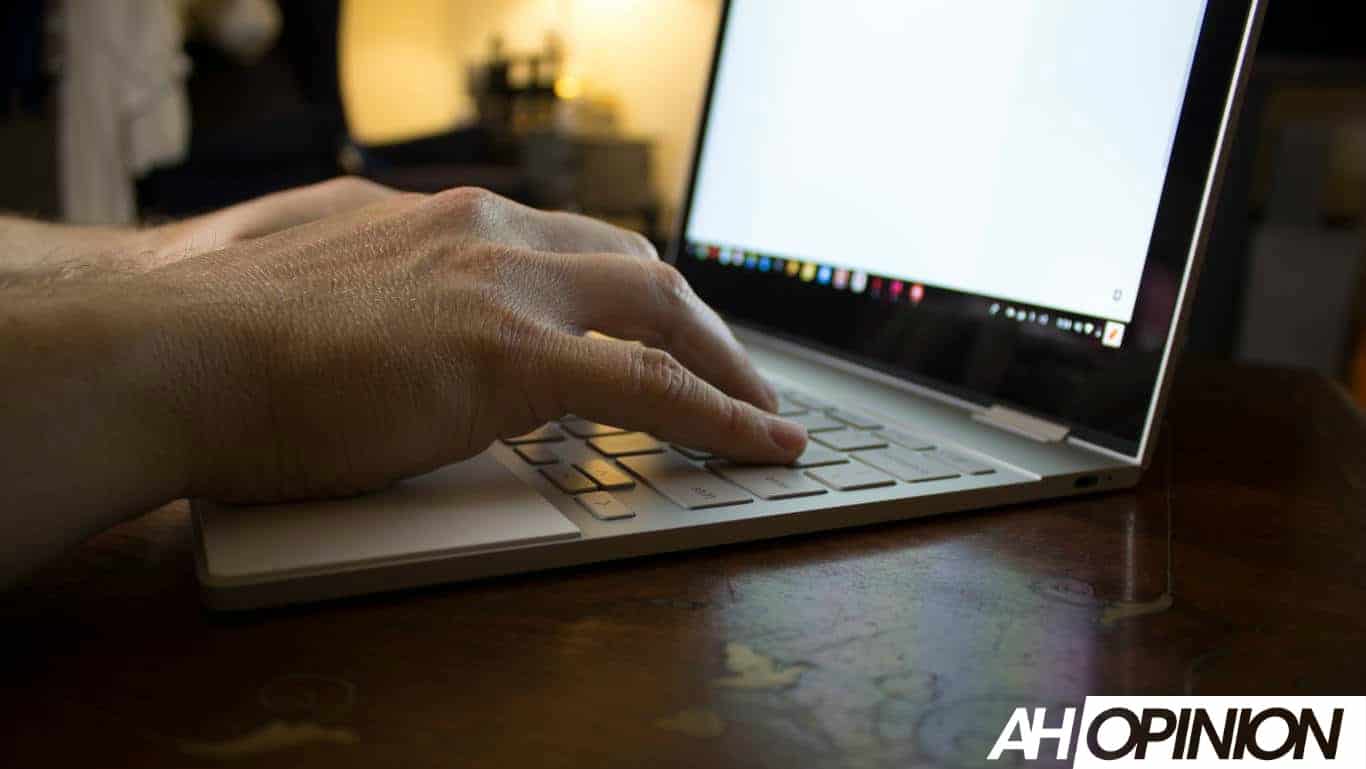 Since the very beginning of Chrome OS’ existence in the public sphere in 2011, manufacturers and consumers alike have pinned down Chromebooks as perfect devices for those who only need to access the web. That remained true even as Google announced and released the original Chromebook Pixel two years later for nearly $1,300. In fact, it’s difficult to argue that ‘premium’ entry into the ecosystem did anything more than to add weight to the idea that the search giant was really just trying to find new ways to sell its Chrome Browser. With a thin and stylish metal body, coupled with a high-definition 3:2 display for better browsing, a comparatively powerful processor, and relatively high storage and memory options, the Chromebook Pixel was something new. However, while it split the devices into two categories – the ‘Pixel’ Chromebooks at the high end and budget laptop-like for everyone else – it was still essentially just a browser in a fancy box.

Of course, that remained the case through the addition of Android apps in 2016 and incoming Linux desktop apps with Chrome OS 69. The public perception and stigma surrounding Chromebooks remain intact. There have still effectively been two categories of web browsing device split along lines that are most often defined in terms of price rather than capability. While it is true that Chrome OS is intended to be a unified experience across hardware, the platform has been maturing. Increasing diversification of the hardware and software, the popularity of Chrome OS in education or business sectors, and new devices and form factors are changing what Chrome OS is. As a result, preconceptions about whether or not there really is such a thing as a premium Chromebook need to change. 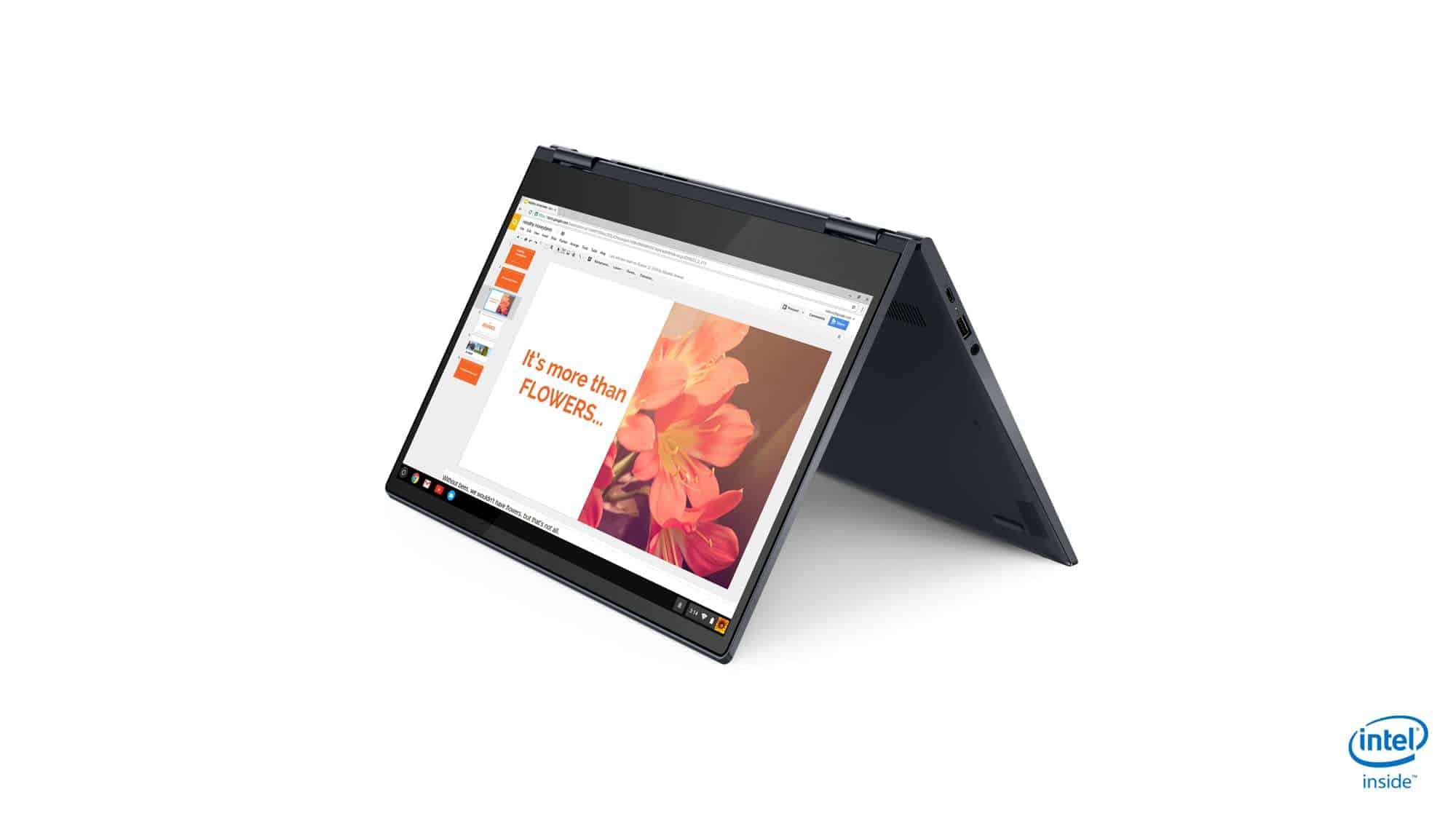 The most obvious differences in the Chrome OS device market can probably be best highlighted with an examination of the IFA trade show last month. Since that’s considered to be the biggest European consumer electronics gathering, it makes sense as a platform for launching new hardware and Chromebooks were featured prominently this year. Not only were there a few budget entries into the market during and leading up to IFA. Three companies, in particular, revealed hardware that would be difficult to place under long-standing classifications for Chromebooks. That’s because they don’t necessarily fit cleanly into either the premium or budget-friendly categories. They may, in fact, not all even fit perfectly into a mid-range category of devices. While there have always been a few outliers, such as Samsung’s Chromebook Pro and Plus offerings, the unveiling of the new hardware seems to indicate that manufacturers are taking the OS much more seriously now.

Acer is a long-standing partner on Google’s Chrome OS and has been prolific in terms of new devices for the platform. So it should come as no surprise that its Chromebook 514 was revealed at this year’s event. Although the company did not reveal which processor drives its latest clamshell entry, everything else about the laptop-style hardware points to a decidedly premium package with a budget-friendly price tag and tech-enthusiast origins. It is worth noting that a Chromebook, like any other technology, is a sum of all its parts and the 514 could ultimately not turn out to be as high-end as the company has made it sound. Bearing that in mind, it’s a 14-inch touchscreen-enabled model which costs just $349.99 or €349 depending on region and comes in an all-metal shell. That display is rated at 1920 x 1080, with side bezels measuring just 6mm thick and Gorilla Glass protecting the touchpad. A claimed 12-hour battery life and support for modern OS features such as Android apps bring the Acer Chromebook 514 into a class that’s well above the “affordable” but which doesn’t make wallets weep.

Setting that aside, and far more important to the point, long-time Microsoft Windows partners Dell and Lenovo brought their A-game to the tablet at IFA as well. For the former company, what makes the news interesting isn’t just that it announced a new Inspiron-branded Chrome OS device – that’s been done plenty of times before. This time around, however, Dell avoided the quiet release approach to the process and conducted a full announcement of its first-ever premium-level hardware for Chrome. At $599, the Inspiron 14 2-in-1 isn’t necessarily expensive but it does represent what it means to be at the upper end of the current market. Like the Acer outlined above, a backlit keyboard is part of the package and an FHD touchscreen is standard with a 360-degree hinge for tablet mode. On the inside, an eighth-generation Intel Core i3 CPU is clocked at massive 3.4GHz backed by 4GB of DDR4 RAM and as much as 128GB of eMMC storage. Battery life is rated at ten hours.

Finally, Lenovo announced a new entry in its top-tier Yoga-series with its $599 Yoga C630 Chromebook. That’s a 15.6-inch FHD or UHD (3840 x 2160) folding Chrome OS device with an all-aluminum body and four watts of high-quality stereo sound. For the C630, a 56WHr battery drives an eighth-generation Intel Core i5-8250U Kaby Lake R processor coupled with Intel HD Graphics 620 and 8GB of DDR4 RAM. Storage is of the eMMC 5.1 solid-state variety and available at either 64GB or 128GB. Those internals rival Google’s own Pixelbook devices and may even continue to do so when the newest entry to that series is launched, in spite of Lenovo’s lower pricing. That launch is expected in October, which just happens when the Yoga C630 Chromebook will hit the market.

While the trend here is that manufacturers are leaning further toward Chrome OS flagship devices, Chromebook launches have been increasingly diverse and specialized. Using the above-mentioned devices as a starting point, for example, Acer’s newest offering is very deliberately catered to tech-savvy users who won’t necessarily need over-the-top performance. Lenovo and Dell, on the other hand, have opted to reinforce their own offerings with specs and features that will be well-suited to business use cases and those who want more performance. IFA Berlin also saw the launch of budget-friendly devices for the average user who may not need much more than basic functionality. Lenovo’s C330 and S330 Chromebooks fit that bill for the convertible and clamshell categories.

On the other hand, that’s a trend that’s been ongoing for several months. Another great example is the Acer Chromebook Tab 10. Although the tablet format is not a perfect fit for Chrome OS yet, Acer is showing clear initiative to deliver new experiences across a wide audience of users who may be looking for something specific or unique. In the case of the Chromebook Tab 10, those users are students and the tablet is designed for portability and durability above all else. Secondary to that, the company chose to include cameras and an EMR pen stylus for added productivity and the underlying hardware is engineered to be smooth for nearly any school-related task. Looking forward, with the expected launch of a Google-branded Pixelbook tablet next month, that diversification is set to continue. What’s more, commits that have centered around various detachable keyboards seem to indicate that form factors are going to be expanded as well. 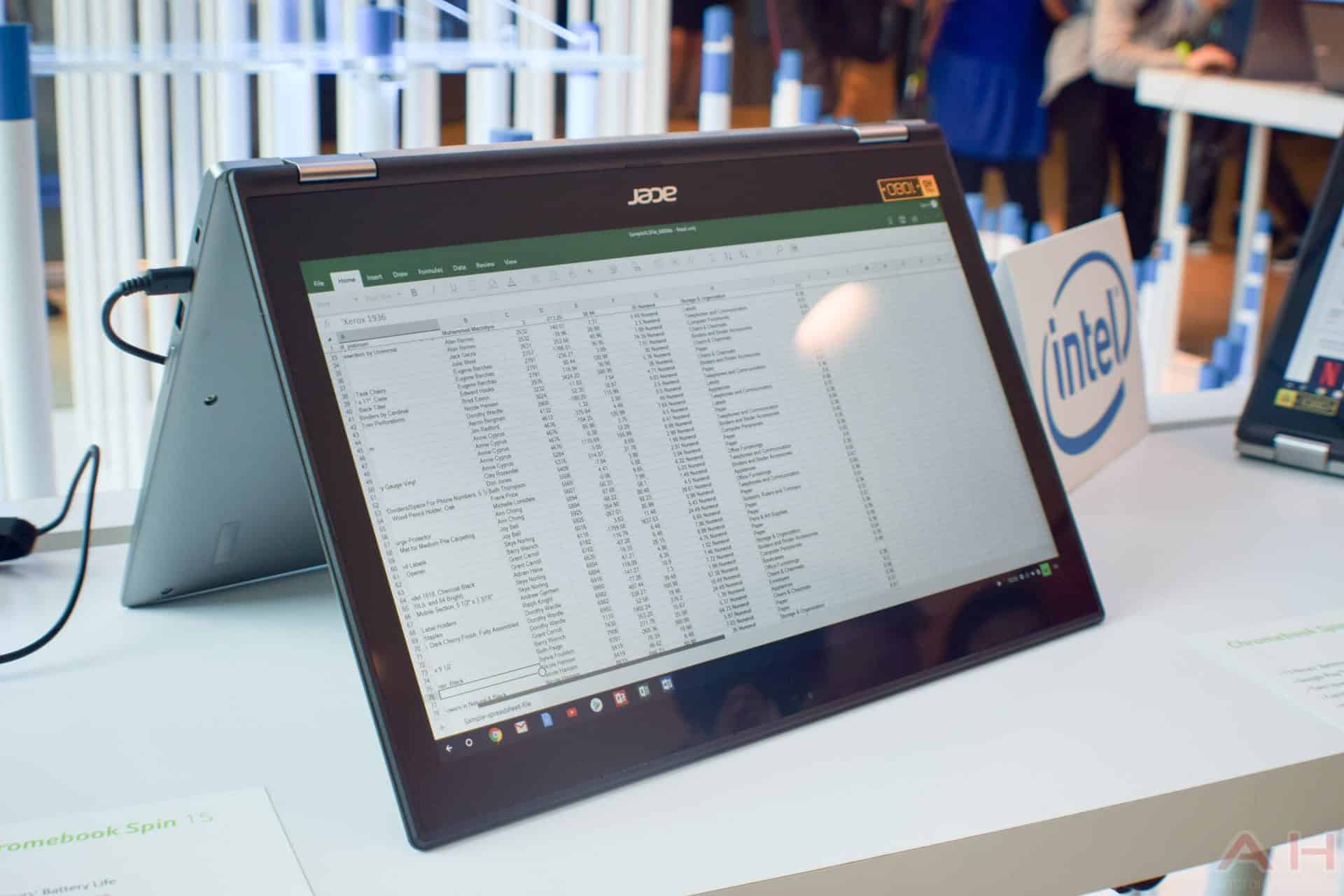 Competing against Windows – or not

Simultaneously, news also surfaced recently regarding a Chromium commit that may bring a dual-boot option to the platform – specifically for the current Google Pixelbook and Microsoft’s Windows OS. With consideration for how poorly defined the term ‘premium’ is, that functionality could push Chrome OS devices to the top of the pile if that functionality somehow finds its way to more Chromebooks. Looking past prospects associated with Google’s long-expected Fuchsia OS and the inclusion of the Android apps that are now nearly ubiquitous for Chrome OS, the addition of Windows would essentially make a Chromebook a tri-boot laptop. Linux applications will be are supported on newer Chromebooks as of Chrome 69 and the platform already supports Android apps almost ubiquitously. In short, any device running a dual-boot of Windows would effectively become a Chrome OS, Windows, and Linux device rolled into one. With the exception of Apple’s Mac-specific OS, the change would mean that Chrome OS devices support almost anything a user wants to do.

Leaving alone that the addition of dual-boot mode is still speculative and without discussing limitations that setup might impose in terms of storage space, that move would limit Google’s need to compete directly with Microsoft. It’s also something that manufacturers could feasibly accomplish as a feature to differentiate even more costly high-end devices from the recent waves of premium Chromebooks. Whether or not OEMs really even need to go that far, meanwhile, remains to be seen. The ecosystem is already extremely robust in terms of security and gains new enhancements and features every month. So the operating system currently stands on its own as a good alternative for the vast majority of users and that’s only getting better, as shown by the trends outlined above. 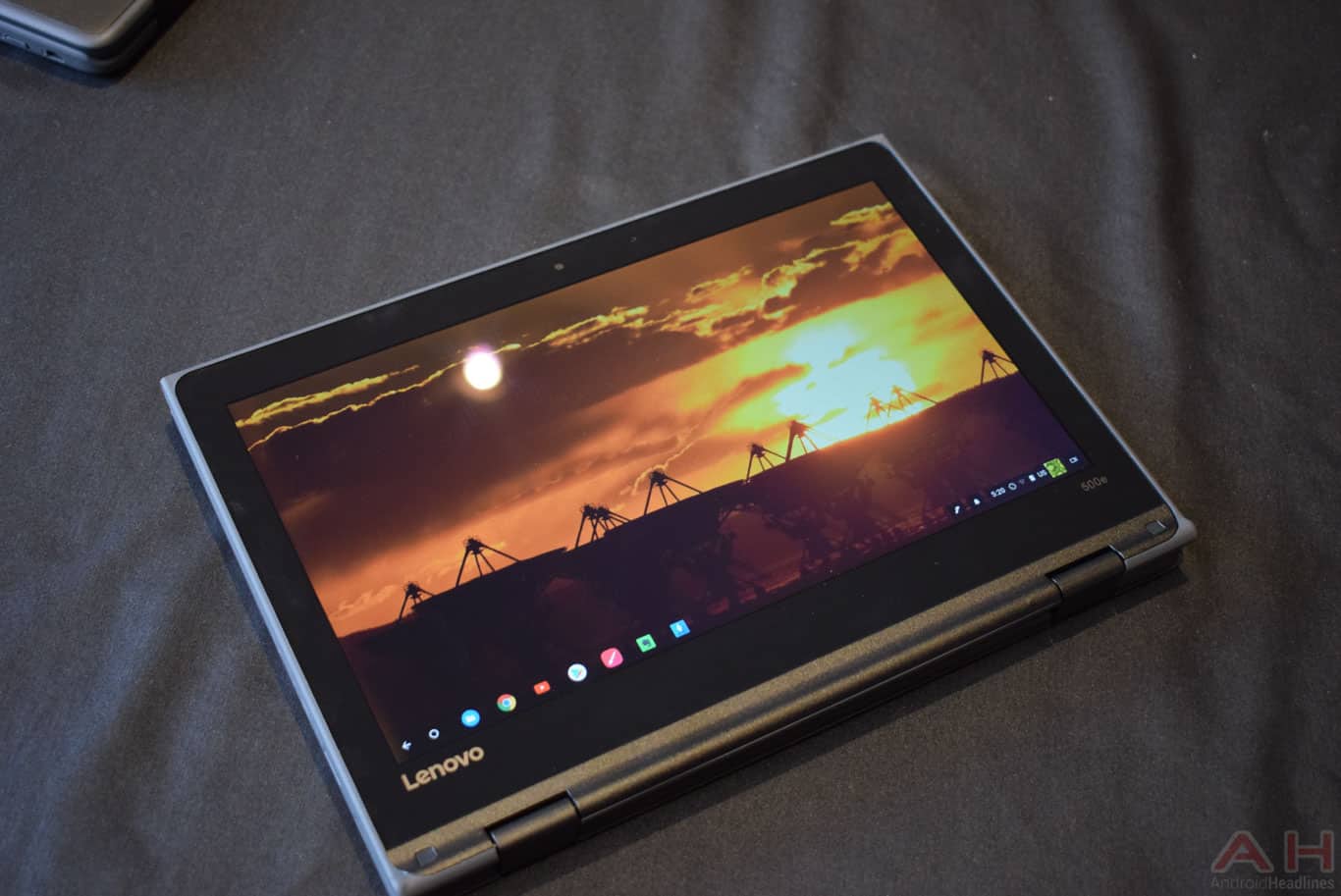 Where does that leave consumers

More directly, it’s worth reiterating that at least two of the manufacturers at IFA Berlin 2018 were not previously deeply engaged with the platform at all. So it’s difficult to ignore that some of the strongest drives toward high-end hardware running Chrome OS are coming from those. That’s especially true when both branding and internals of those would ordinarily have been reserved for the Microsoft’s operating system. Lenovo and Dell are, in effect, taking some of their best hardware and allowing users to choose which OS they like more. That seems to signal a deliberate shift in focus and a step back from placing Windows on the pedestal the OS seems to have occupied. Conversely, the end result of the shift will likely leave customers with exactly what that implies. Namely, more choice across a wider spectrum stemming from an increasingly competitive market as the Chrome OS netbooks of the past are being replaced by powerful laptops designed to suit whatever needs a consumer may have.