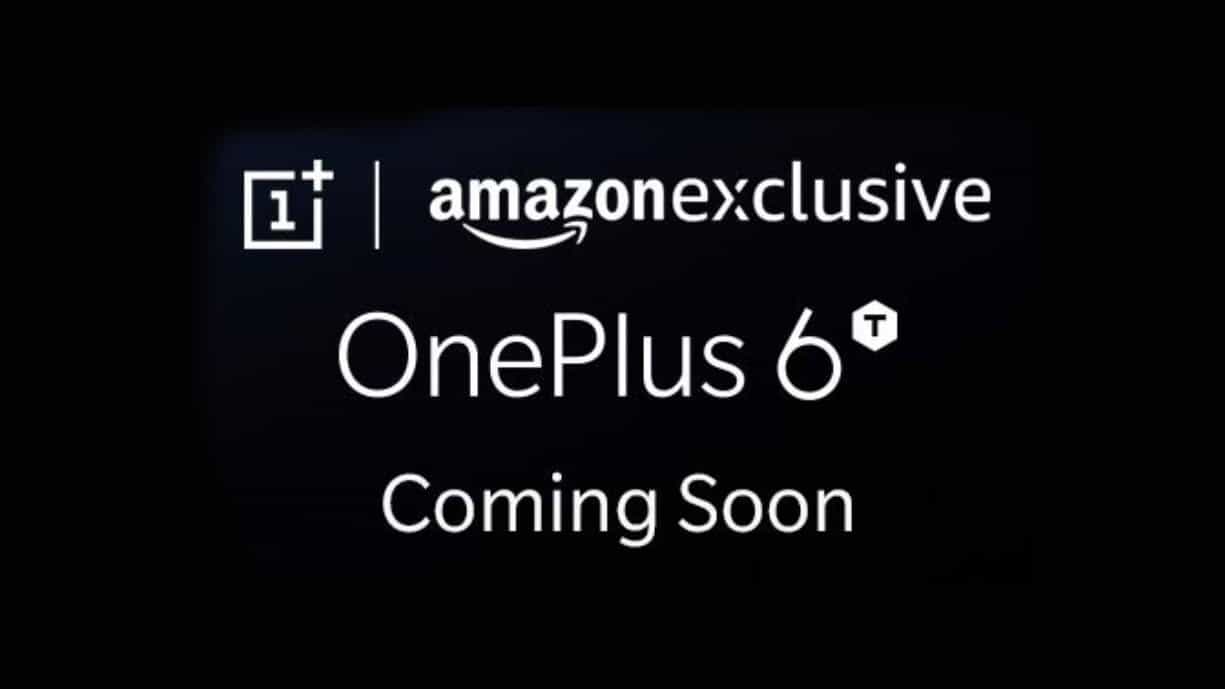 In short: The Indian branch of Amazon prematurely confirmed the name of the OnePlus 6 successor by launching a banner that’s inviting consumers to sign up for notifications about the “OnePlus 6T.” The timing of the ad’s appearance also coincides with the expectation that the upcoming Android flagship will be announced approximately a month from now given how that’s how early Amazon India usually opens handset pre-registrations. As was the case with the last several generations of the lineup, the OnePlus 6T will be an Amazon exclusive in the South Asian country.

Background: While confirming that the phablet will be equipped with an in-display fingerprint scanner, OnePlus recently shared a teaser screenshot that implies the OnePlus 6T will be officially announced on October 17, five months after its predecessor was introduced. Compared to the previous phone, the new one will feature a new fingerprint reader, a smaller display notch, and a slightly larger screen, though its overall physical footprint should remain the same. The OnePlus 6T will also get rid of the headphone jack despite protests from a vocal portion of the company’s customer base. The firm said its internal data suggests most of its customers already own wireless headphones, asserting that the removal of the 3.5mm connector will allow it to include a higher-capacity battery in the device. As was the case with every OnePlus handset since the original 2014 phone, the OnePlus 6T is likely to introduce a small price hike amounting to approximately $30.

Impact: OnePlus is expected to stick with its product naming scheme so long as it continues releasing two handsets per year, which is what it’s been doing since 2016. The company’s moniker system may still evolve in the near future as it’s now also set on making an Android TV box and has previously signaled ambitions to move into other areas of consumer electronics as well.