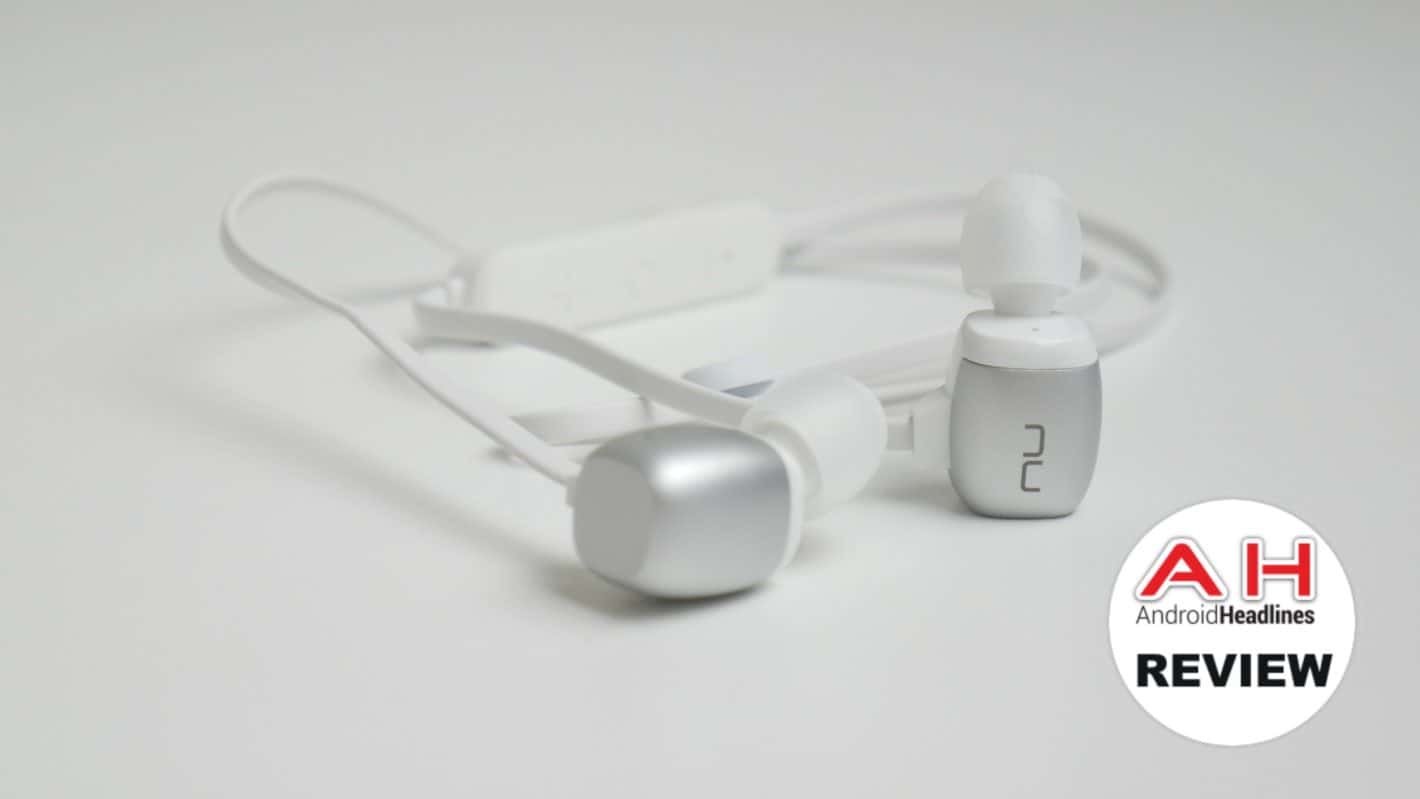 Optoma's latest headphones get a lot right, including insane battery life and a heavier sound, resulting in a great option for sports-minded buyers

Specs & In The Box

The NuForce BE Sport4 headphones feature 6mm graphene drivers, cater to a frequency response of 20 Hz – 20 kHz, and support AAC and aptX. These headphones also feature an IPX5 water-resistance certification which means they are protected against exposure to water, but not designed for submersion in water. Making them ideal for protection against rain and sweat. These headphones also feature a battery that's listed to offer up to ten hours of usage on a single charge, and capable of providing an additional two hours of usage off the back of a quick 15-minute charge. The NuForce BE Sport4 also come equipped with a built-in microphone for taking/making incoming calls and engaging with compatible voice assistants.

When it comes to the unboxing experience, there is nothing too extraordinary or unusual here. The headphones are packaged reasonably well and securely, and in addition to the actual headphones, buyers can expect to get a microUSB to USB charging cable and the usual degree of paperwork. In addition to a very wide selection of ear tips, wings and hooks, and a carry case.

On first impressions there does not seem to be a massive difference in the general design of the NuForce BE Sport4 when compared to its predecessor, the NuForce BE Sport3. In fact, even the color scheme seems to be largely the same with the NuForce BE Sport4 available in either a primarily white color with some silver, or a more attention-grabbing black and green color combination. So those upgrading from the older model to the newer one will likely feel right at home with the switch.

On closer inspection, however, the design has seen some subtle changes. For example, the overall earbud is a lot more square than before, although that has not resulted in sharper edges as in spite of the more box-like design, the earbuds sport curved edges throughout. For reference, the previous version was more cylinder so the presumption here is the design now offers a much better and tighter in-ear fit. Likewise, the protector between each earbud and the main cable has also significantly shrunk, and again, become more square-ish.

A change which would seem to be designed to reduce the weight and momentum of the overall product while still maintaining enough of a rugged design to protect what is a vulnerable part of the headphone chain – a prime example of how these headphones have evolved to be even better-suited to sports-focused users with a tighter fit, a lighter and less-intrusive feel, while maintaining a comparable level of durability. Moving passed the earbuds and the cable, in general, seems almost identical to the previous model. Likewise, the control box looks almost identical to the BE Sport3 with the same design overall, consisting of the same "+" and "-" buttons for volume and track selection, as well as a central "O" button that doubles as the power and Bluetooth pairing button. All of which is accompanied by a small LED which helps to denote the status of the earphones: blue for connected, red for low battery/charging, and so on.

Another design point that has migrated over from the previous model is the use of magnetism. As both earbuds feature a magnetic back which allows wearers to quickly bond the two together. A useful feature for those who want to keep the headphones on their body but not in the ear, while also ensuring they remain secure enough. Again, something which will likely appeal more to sports and activity-focused users than the general listener – although there are plenty of occasions where a general listener will benefit from a magnetic clasp as well. So, all in all, there are no major changes or design cues to note that are specific to this new model. Which is not necessarily a bad thing as this product is more of a refinement of an already popular design, than anything else.

The NuForce BE Sport4 are very good-sounding headphones. With these being in-ear buds, they are always going to lack in comparison to units which sport larger drivers and while this is a common issue for all earplugs and phones, the compromises on the NuForce BE Sport4 seems less obvious than on other options. That’s not to say they are without compromise as the output still sounds a little squeezed overall. Although that squeezing is not so typical with the highest frequencies suffering the most. Making these a less orthodox-sounding pair of headphones which clearly place a greater focus on the lower-mids and bass. Arguably, they offer a very unapologetic sound.

Evidently, with these being sports-focused headphones, this sort of sound profile makes sense as these headphones will better cater to those who want more of a thumping and energetic sound with the compromise coming at the expense of the more nuanced sounds that usually accompany higher frequency-producing instruments. So yes, while these are not the best option for ear-piercing tops, they are certainly great for getting the blood pumping, and offer a nicely-balanced output when directly compared to other similar-priced options. A note on the bass, while these are more bass-oriented than other options, that’s not the same as saying these are bassy headphones, as they are not. Yes, there is an element of the sound leaning more on the bass side (producing a slightly bass-heavy sound overall) but the bass is not massively punchy and does lack a little in depth, although this is not necessarily a massive issue as those buying a set of headphones like this won't be expecting the rolling deep bass provided by larger drivers. Instead, think of the sound here as one that accentuates the bass a little more than you might expect, but not overly so. The exact same can be said for the lower-mids with the sound just slightly more leaning to the lower end of the spectrum at the expense of the ultimate tops.

Loudness is an area which is mediocre on the NuForce BE Sport4. To be clear, these headphones are loud enough and certainly louder than a number of options in this price bracket as volume is one of the areas headphones most often compromise the most on. In some cases, intentionally, to offset against the lack of bass capabilities by ensuring that as the volume increases, the bass does not suffer and become distorted. That does not seem to be the case here with these headphones able to output a volume level sufficient for most people and without any signs of distortion. However, if you are someone who very much likes to run headphones at an extremely (and probably, unnecessarily) high volume, then there are louder options available.

At the performance level, there is very little to complain about as the NuForce BE Sport4 headphones are very good headphones overall. As already established, the end result of the sound is more of a high octane sound which will likely appeal more to gym-focused users and the performance is an extension of this point. These are designed to be hard-working headphones which can take a beating and keep up with you, even when it comes to the most-enduring of workouts. In other words, these perform very well in almost every respect and are unlikely to let you down.

The NuForce BE Sport4 are listed as capable of running for up to ten hours off a single charge. Typically speaking, these suggested numbers are just that – suggested, and not always representative of what you should expect to get in a real-world setting. With the NuForce BE Sport4, however, it is exactly what you should expect. While ten hours seems like a lot for a pair of headphones like these, the battery life is extremely good and these headphones typically lasted for at least nine hours – more often nine hours and thirty minutes before needing a charge. It’s worth pointing out that our testing always involves running the headphones continuously, and at the loudest volume setting possible in a bid to get a decent snapshot of the worst-case scenario. Therefore, it’s likely users who run these headphones at a moderate volume will see the daily battery life increase even more. Though how much more an average user will need on a daily basis is debatable as nine+ hours seems like a lot for a pair of headphones designed for users who frequent the gym or go running.

As for charging, the first thing to note is Optoma suggests these headphones are capable of delivering an additional two hours of usage in return for a quick 15-minute charge. As was the case with the battery life in general, this was found to be a realistic expectation with a quick charge certainly providing more than one hour and thirty minutes of usage each time. Quick charge aside, users can expect these headphones to receive a full charge (enough for another ten hours of usage) in well under two hours, and generally in as little as one hour and thirty minutes. One criticism to note it the physical design of the USB connection port is not the best. Typical of a product like this, the USB port is protected by a rubber flap (which adds to its water-resistance) although in this instance the flap is a little more difficult to deal with than it should be. For example, the flap is capable of being fully detached from the headphones and this seems to happen more often than desired when trying to charge the headphones, resulting in the user having to reattach the flap, or attempt to be extra delicate when opening the flap in the first place. Though not a massive issue, it was an inconvenience.

Similar to what was noted with the performance in general, there were no issues when it came to connectivity. These headphones make use of Bluetooth v4.1 to establish a connection and in all instances proved to be a very reliable and consistent connection. This included unusual instances such as testing the battery, where the headphones were able to maintain a reliable connection for almost ten hours without requiring re-connecting. Likewise, the level of Bluetooth in use suggests these headphones are able to maintain a connection up to a distance of ten meters away from a device, and in testing, this seemed to be accurate before the connection started to deteriorate. In terms of connectivity, these were considered very reliable headphones.

There’s no escaping the fact that these headphones cost more than their predecessor did at launch. However, with that price increase has come changes that do genuinely add to the product overall. Therefore, in spite of paying more, you are actually getting more for the money. Again, these are aimed at sports-focused users, and it’s this active subset of users which will mostly benefit from the model-on-model changes, due to the tighter design which stays in the ear longer and better. As well as also loving the emphasis placed on a more energetic sound profile. That said, the sound quality is good enough that regardless of whether you are a frequent gym visitor or not, you will find these to be a solid option and one worth considering. And this is all without even taking into consideration the more than generous battery life that's on offer.

Buy NuForce BE Sport4 Headphones
Advertisement
Trusted By Millions
Independent, Expert Android News You Can Trust, Since 2010
Publishing More Android Than Anyone Else
4
Today
100
This Week
101
This Month
4866
This Year
106342
All Time
Advertisement