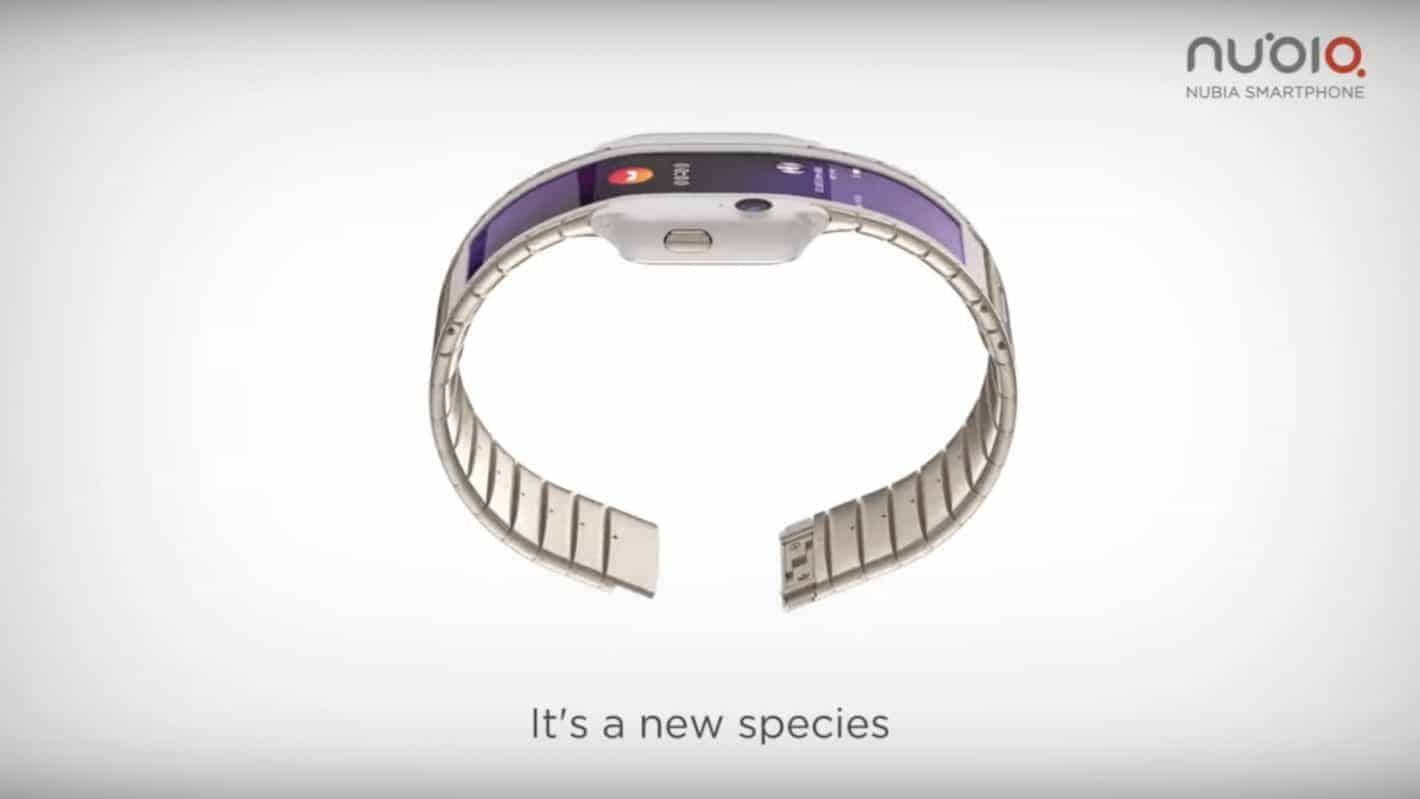 Chinese smartphone manufacturer Nubia reportedly has a brand new smartphone on the way for Q4 2018 called the Nubia Alpha that more closely resembles a wearable than a phone. Moreover, unlike some previous attempts at building on that concept, the design that’s shown in a promotional video for the Nubia Alpha doesn’t necessarily look like it will be unwieldy. In fact, the concept highlights a modern aesthetic more closely resembling a fashion bracelet than anything else. However, that’s equipped with a flexible OLED display that runs an unknown version of Android OS. It’s not immediately apparent whether Alpha is intended to function as a standalone smartphone replacement or to extend the screen and features of a smartphone connected to the band.

From a design perspective, the most noticeable feature is a large touch-enabled display that flexes around a little over a third of the included high-quality metal watchband. At the middle portion, that widens out slightly into a more square shape in order to accommodate a camera, button, and microphone. Presumably, the battery is also housed in that section since the back of that housing is shown to have magnetic charging contacts. The metal band itself appears to feature click-in mechanism, making it much easier to snap on and off than a standard watchband clasp. Two variations on that design are shown, starting with a white battery housing and flexible screen bezel embedded in a white gold-colored band. The second coloration has an anodized black look with a matte black battery housing and bezel. Throughout the video, the flexible display prominently highlights various features of the Nubia Alpha such as music, weather, and calling applications. Multiple clocks and date widgets are also shown and more subtle hints point to Wi-Fi, 4G, and Bluetooth connectivity with icons placed approximately where a smartphone’s notification bar would be.

Although the Nubia Alpha seems to have been shown off at this week’s IFA 2018 consumer electronics event in Berlin, nothing has appeared on any of the company’s websites as of this writing. Moreover, the official Nubia Channel on YouTube doesn’t currently have any information about the smartwatch. The promotional video itself cropped up as an unlisted video on a YouTube channel called ‘Social Nubia.’ So it’s not clear how serious Nubia is about taking its Alpha beyond a concept at this point. In the meantime, no pricing or availability information has been put forward and there are no details about internal specs.