In Short: It seems like HMD Global started sending out invites for its October 4 event in London, and judging by recent leaks and rumors, the company will probably announce the Nokia 7.1 Plus during that event, its new Android One smartphone. The invite itself is included down below, and as you can see, the event will begin at 5PM BST. HMD Global actually refers to this event as an “exclusive gathering”, so it will probably be a smaller presentation of some sort.

Background: The Nokia 7.1 Plus has been leaking quite a bit in the last couple of weeks, and the most notable leak actually surfaced yesterday, showing off the device itself. The Nokia 7.1 Plus will almost certainly be identical to the Nokia X7 as far as the design is concerned, and yesterday’s leak more or less confirmed that. The Nokia X7 is a smartphone that was introduced in China a while back, and the company will simply include different software in that device and optimize it for global markets with the Nokia 7.1 Plus it seems. The Nokia 7.1 Plus will be a mid-range smartphone, as it is expected to sport similar specs to the Nokia X7 as well. Speaking of which those specs did leak out, and if accurate, the device will sport a 6.1-inch fullHD+ (2280 x 1080) display, along with 4GB / 6GB of RAM and 64GB / 128GB of native storage. Qualcomm’s Snapdragon 710 64-bit octa-core processor will fuel the phone, while the device will come with Android 8.1 Oreo out of the box, and we’re looking at stock Android here. 12 and 5-megapixel cameras will be included on the back of the device, while a single 16-megapixel camera will sit on its front side. A 3,300mAh battery is also expected to be a part of the package, while Qualcomm’s Quick Charge 3.0 fast charging will also be included.

Impact: The Nokia 7.1 Plus will be a mid-range smartphone, and it’s expected to be quite affordable. Many people will see stock Android as a plus for this phone, and as long as its price is right, and it ends up being available in all the right places, it may prove to be a success for HMD Global. This phone is made out of metal and glass, and it does come with a display notch, but it’s a nice-looking phone, overall, which is also something that goes in its favor. It remains to be seen what will happen, though. 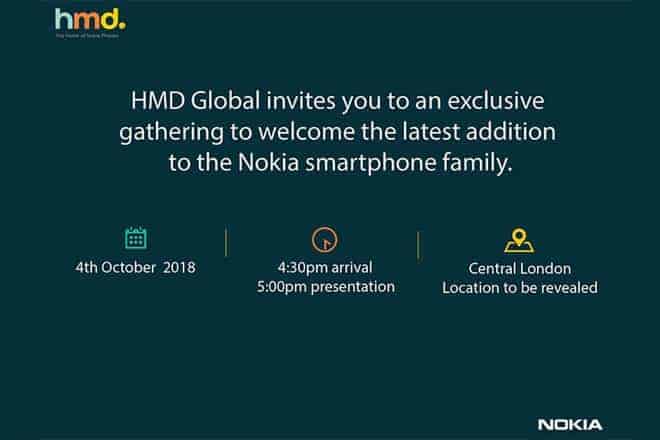