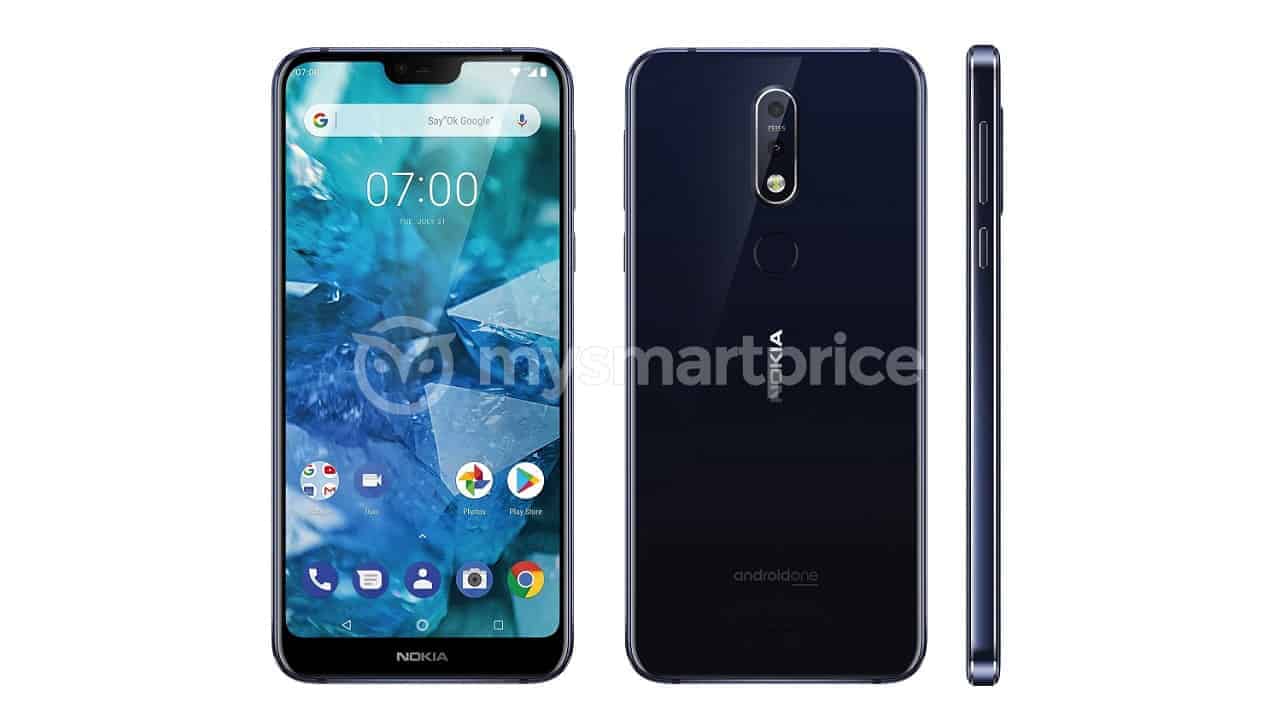 HMD Global is reportedly working on a mid-range smartphone which may go official in the coming weeks as the Nokia 7.1 Plus. A high-resolution render of the handset leaked earlier today, revealing its design language and main camera setup. The Android smartphone can be seen sporting a notched display with a thick bottom bezel, a design choice that is reminiscent of other recent Nokia devices. Toward the back, a reflective glass surface is visible, indicating a glass sandwich design, along with a pair of cameras with ZEISS lenses and a fingerprint sensor placed below the camera housing. The inclusion of ZEISS optics in a Nokia phone isn’t surprising at all given their exclusive partnership and the fact that many recent smartphones from the Finnish company came equipped with ZEISS-made camera lenses.

The side profile of the handset shows a metal frame with chamfered edges and it’s worth noting that the rear cameras are almost flush with the phone’s back. Like it is the case with almost every Nokia-branded smartphone, the Nokia 7.1 Plus is also expected to be a part of the Android One program ensuring timely firmware and security updates. Back in May, the Nokia X6 debuted in China as the first device under the X series, which was later rolled-out globally as the Nokia 6.1 Plus. HMD Global is rumored to follow a similar naming scheme and market this phone as Nokia X7 in the Asian market while it’ll be called Nokia 7.1 Plus in other international markets. Earlier this week, the front panels of the alleged Nokia X7 had leaked showing a notch-less display, which opposes today’s leak. There is a possibility of them being two separate smartphones but nothing can be said for sure; an official announcement by HMD Global can only clear the air.

As per the previously leaked information, the Nokia 7.1 Plus will be fueled by an octa-core Qualcomm Snapdragon 710 chipset which brings considerable improvements to the table especially over the Snapdragon 660 processor found inside the Nokia 7 Plus. The smartphone is said to include 6GB of RAM and 128GB of internal memory along with the support for 18W fast charging. Being a part of the Android One program, Android 9 Pie may be pre-installed on the mid-range smartphone when it goes official. The availability and pricing details of the device also aren’t known yet.