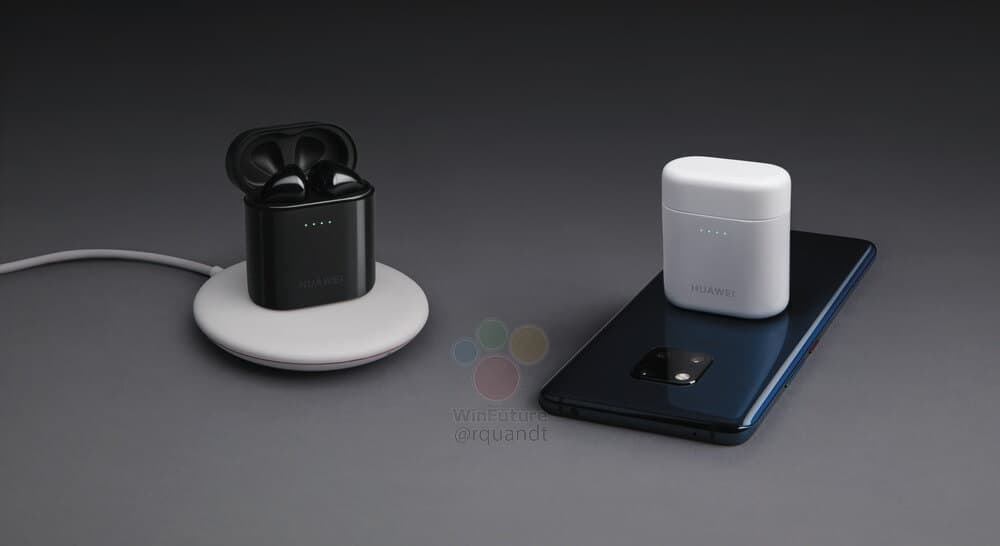 Industry insider Roland Quandt has released the images of the Huawei Mate 20 Pro and the Huawei Freebuds 2 Pro. The image Quandt posted on his Twitter account shows a Huawei smartphone with a wide notch. Previous reports already identified this device as the Mate 20 Pro. In contrast, the Mate 20 will reportedly sport a smaller waterdrop-shaped notch. The leak also confirms recent rumors which state that the Mate 20 Pro will include a display with curved edges and rounded corners.

Aside from the upcoming smartphone of the Chinese tech giant, Quandt also released the images and enumerated the features of the Huawei Freebuds 2 Pro. Rumors state that the wireless earbuds will allow users to interact with the Mate 20 and Mate 20 Pro through speech recognition. The leak further claims that the Freebuds 2 Pro will support both Hi-Res Wireless Audio protocol and Bluetooth 5.0, and that it will include a built-in bone sensor that captures the voice of the user through bone conduction. The bone sensor and artificial intelligence models will work together to separate the user's voice from other noises, the rumor mentions. The device can also be used to control the Google Assistant, the report states, and it will come in a portable case that can be charged either through the USB Type-C port or Qi wireless charging. The earbuds will reportedly be compatible with Huawei's new wireless charger although it can also be charged by simply placing the case above the rear panel of the Mate 20 Pro. The report also states that the Freebuds 2 Pro can last for up to 15 hours on standby mode or up to 3 hours of music playback on a single charge. The leaked marketing shots show that Freebuds 2 Pro will be available in black and white.

Huawei will reportedly launch its newest handsets, the Mate 20 and the Mate 20 Pro, on October 16, and it is likely that the Freebuds 2 Pro will be announced on the same date. The Kirin 980 chipset will power the two handsets, and both devices will likely sport three rear cameras. The smartphones will reportedly ship with Android 9 Pie pre-installed, while Huawei's proprietary skin, EMUI 9.0, will run on top of Google's operating system.