An image of a new, mysterious Nokia-branded smartphone has just surfaced online. That being said, this image shows only the back side of the device, and as you can see, this phone has five cameras on its back, and if it ever becomes a reality, it will break a record, that’s for sure. In addition to those five cameras, and LED flash is also located on the back, and all of those sensors are not exactly neatly organized, they’re kind of all over the place.

That being said, a Nokia-branded phone with four cameras had been rumored, though we did not hear anything about a phone with five cameras on the back. The provided image was actually originally shared by Baidu, but was taken down quickly after that. It’s worth noting that this is not a real-life phone that you can see, it’s only an image of a device, so it’s possible this is just some sort of a prototype or something. Interestingly enough, Android One branding is located on the bottom of the phone’s back side, while above it you’ll notice Nokia’s branding. ZEISS’ branding is also present on the back of the device, while a fingerprint scanner is not located on the back of the device, so it’s probably planned to be included under the display, as it’s hard to believe Nokia would put it below the display at this point in time, as nobody is doing that anymore, basically.

All in all, this phone is still a total mystery, we cannot see its front side, and all we have to go on is this image of its back. It’s hard to believe that HMD Global would release a Nokia-branded phone with five cameras anytime soon, but who knows, the company is due to release a new flagship sometime in the future, so they may surprise everyone with something like this. The Nokia 9 has been rumored for a long, long time at this point, but HMD Global did not release a successor to the Nokia 8 just yet (not counting the Nokia 8 Sirocco, as that was not exactly a successor to the Nokia 8). The Nokia 8 was announced back in September last year, so HMD Global may come up with a new flagship during this month, we’ll see. 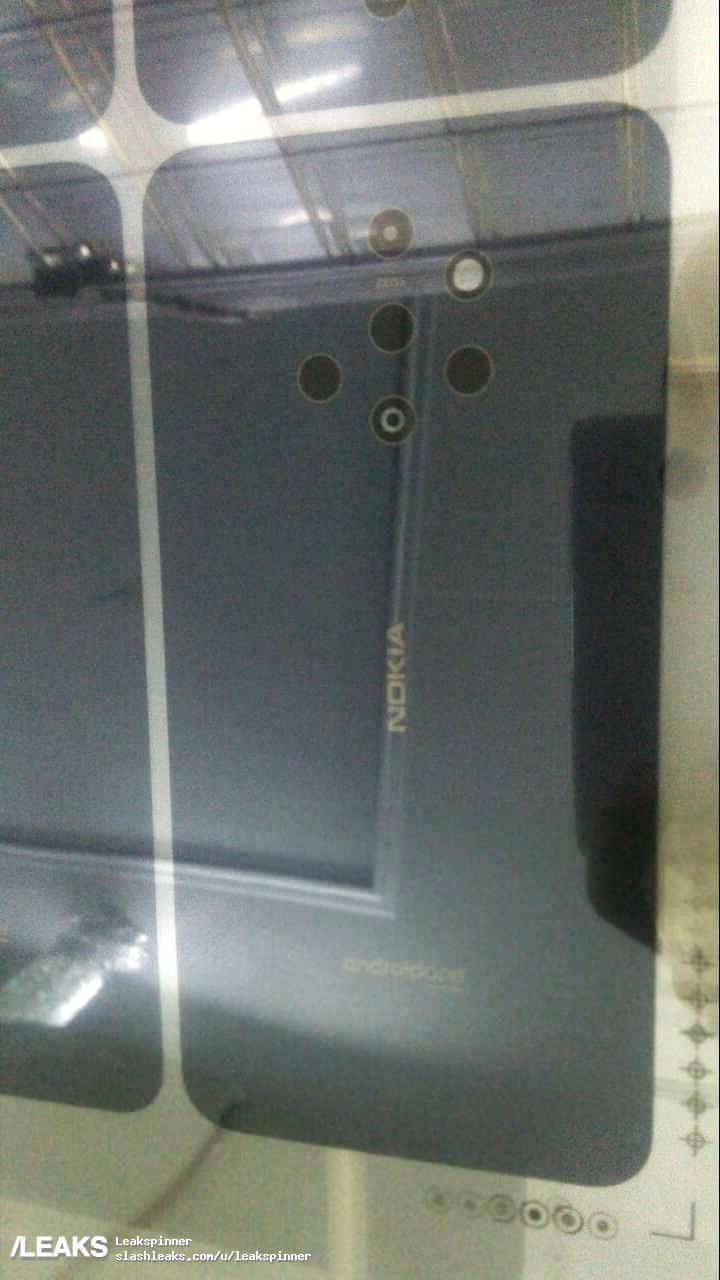