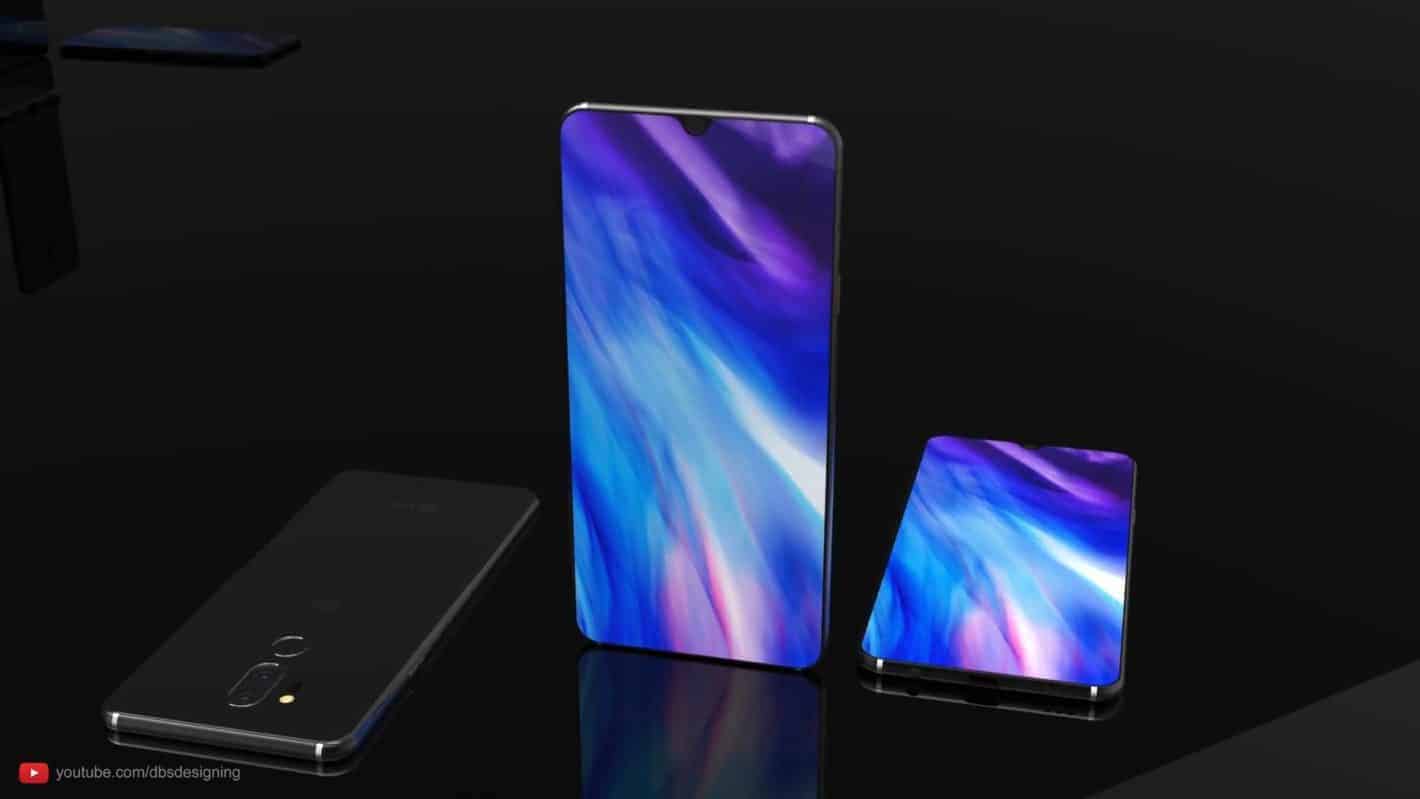 The LG G8 (ThinQ) probably won’t launch until Q2 2019, but a YouTube channel called ‘DBS DESIGNING’ has just shared the LG G8 concept video. This design is completely imaginary, as the source has no idea what LG is planning for the LG G8, and we still did not see a single leak or anything of the sort online, well, at least not a single leak that shows off a realistic design of the phone.

If you check out the video that is provided down below, you will see a phone that is made out of metal and glass, which comes with two vertically-aligned cameras on the back, while a fingerprint scanner is located right below those two cameras. An LED flash and laser autofocus sensors are included next to the phone’s rear-facing cameras (which protrude a bit, they’re not flush with the phone’s back), while both ‘LG’ and ‘G8’ logos are placed on the back as well. A power / lock key is located on the right-hand side of this phone, while the volume up and down buttons are placed on the left, along with a dedicated button for the Google Assistant. A Type-C USB port is located on the bottom of the device, along with a 3.5mm headphone jack, and the phone’s loudspeaker.

This concept phone sports extremely thin bezels, though it does have a notch at the top of the display. The designer has opted to include a water drop notch here, just like the one we’ve seen on the OPPO R17 and R17 Pro, and such a notch will be implemented on a number of smartphones in the next couple of months it seems. The back side of this phone does not seem to be curved, while you will see this concept phone in a number of color variants if you check out the provided video, included black, silver, red, and blue variants.