In short: Two new images of Google's upcoming Google Home Hub have now leaked, and one of those appears to show the device without its speaker base. Instead, the screen-enhanced smart speaker is shown alongside the current generation of Home-branded smart home devices, leaned against a Google Home Max in what could be presumed to be a tablet mode. The second image is more representative of the other leaked images that have come through recently – including our own leak.

Background: The Google Home Hub is a new addition to the company's "Home" lineup that's expected to be launched at, or just after the search giant's upcoming October 9 hardware event. As shown in the new image, it will join the original Google Home, Google Max, and Google Mini smart speakers, powered by Google Assistant for on-demand control of smart home products and a wide range of voice interactive functionality. However, Home Hub is also expected to tout a seven-inch display panel driven by Android Things, giving users more options for interacting with a connected household without having to talk aloud. The speculated size appears to be backed up by the new image showing the tablet-like device at around half the size of the Google Home Max – which measures around 15-inches diagonally.

The slate portion of the device has been shown attached to a speaker while the front features microphones for machine learning-powered voice recognition. If the device follows previous entries in the family, it will have Bluetooth connectivity as well as 2.4GHz and 5GHz dual-band Wi-Fi connectivity to help it interact with its local IoT environment. While a reliable full specification sheet, pricing, and availability won't likely come to light until the device is made official, Google Home Hub is also expected to be priced at $149. That relatively low cost will likely help it to be competitive in spite of its apparent lack of a camera and, by proxy, video calling functionality.

Impact: While the image above seems to show the Home Hub without its base, and while this would seemingly suggest Google plans for it to be used around the home in more of a portable manner, there has been no indications to date that is likely to be the case. Instead, it's expected this will launch as a stationary unit attached to the speaker base, and more in line with a smart home hub than a tablet. Especially considering it would then need its own power supply for on-the-go usage and there has been no information on this in the past. Therefore, it is more likely the image appears as it does for appearances sake. Though it would be interesting if Google did actually announce the Home Hub as a smart display which also doubles as a tablet. 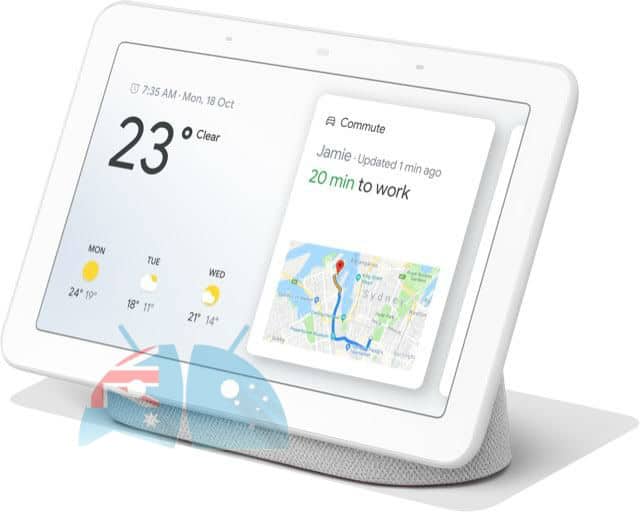