Skip to content
Advertisement
Trusted By Millions
Independent, Expert Android News You Can Trust, Since 2010
Publishing More Android Than Anyone Else
1
Today
113
This Week
296
This Month
2956
This Year
113019
All Time
Advertisement Qualcomm’s up-and-coming Snapdragon 855 SoC appears to have cropped up at Geekbench’s benchmarking site, showing substantial improvement over the scores achieved by other current Android chipsets. The new benchmark is posted to the site under the “QUALCOMM msmnile for arm64” in a test device with 6GB RAM and Android 9 Pie. That managed a score of 3,697 on the single-core side of things and as high 10,469 on the multi-core test. The results were uploaded to the site just this week. Although not confirmed as originating with Snapdragon 855, those scores are much higher than those achieved with the Snapdragon 845 and the timing seems to line up as well. Qualcomm is expected to begin mass production of its newest mobile SoC in the fourth quarter of this year.

Looking at the current lineup of top Android SoCs, the newly tested device performed very well. Samsung’s Exynos 9810, found in the international variant of its Galaxy S9 Plus handset and clocked at 1.8 GHz, only manages a single-core score of 3356 by comparison. In the Samsung Galaxy S9, that score drops to 3311, according to Geekbench’s Android benchmark browser. On the other hand, the OnePlus 6 currently holds the top multi-core score for the platform with its Snapdragon 845 SoC clocked at 1.8 GHz. That’s a score recorded at just 8,909. That means the newly tested device beats out both top chipsets on either multi-core or single-core testing by a significant amount and despite the fact that it’s shown as having a base clock of just 1.78 GHz. Simultaneously, that same chipset was shown as having a score of 510 out of a possible 555 on the HTML5test browser benchmark.

Meanwhile, since there’s still a bit of time to go before the chipset enters mass production, Qualcomm may optimize the 5G-ready Snapdragon 855 further before finalization and could ultimately earn an even better score at release. Having said that, it won’t be alone in the market when it comes to competition. Huawei’s HiSilicon has already unveiled the successor to its own Kirin 970 SoC with the new Kirin 980. That’s set to have a 60-percent improvement in terms of transistors per 1cm2. It’s also going to be as much as going to be as much as 40-percent more energy efficient and 20-percent more powerful than the previous iteration. So there should be a fair amount of competitiveness in the mobile SoC market, at very least, over the coming months with both chipsets scheduled to hit the market within a short period. 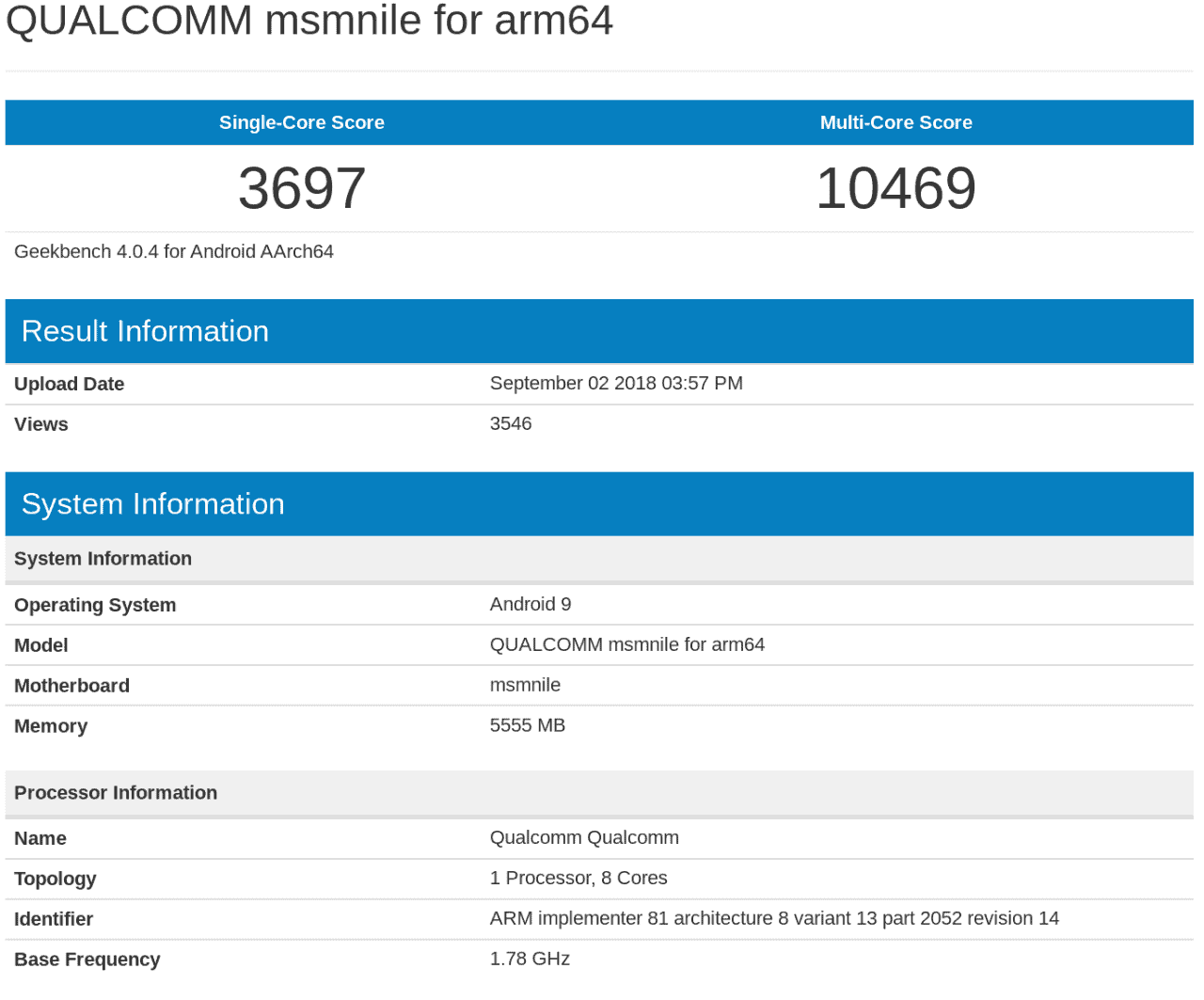