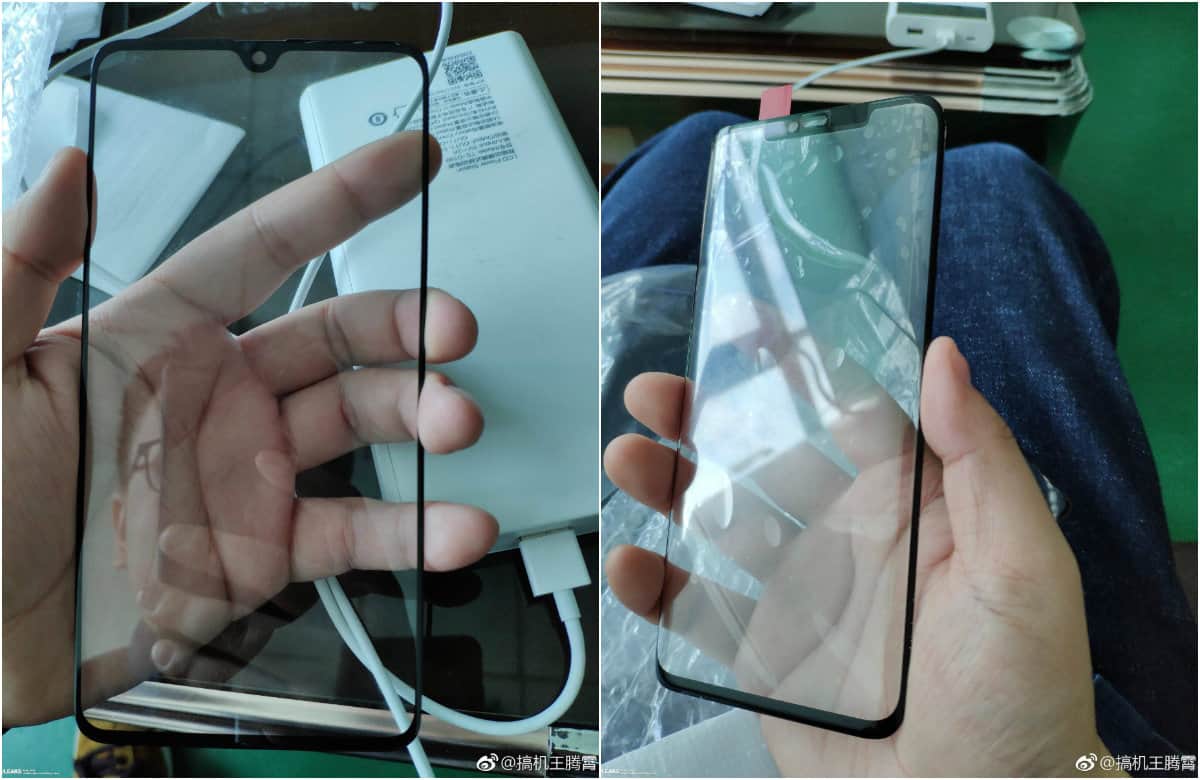 Interestingly enough, if this info is accurate, the Huawei Mate 20 will have a smaller notch than the Mate 20 Pro. As you can see, the alleged Mate 20 front panel sports a water drop notch, just like the one included in the OPPO R17 and R17 Pro, and on the inside of that notch a front-facing camera is placed, while an earpiece is located at the very top of that panel. The bottom bezel seems to be slightly thicker than the side bezels here, but it's so thin that it's almost indistinguishable. The Huawei Mate 20 Pro's front panel, on the other hand, not only sport a considerably larger notch at the top, but it also seems to be curved quite a bit, which suggests that the phone's display will be curved as well. The 'chin' is also included on the bottom here, and it's also quite thin.

The Huawei Mate 20 and Mate 20 Pro will both be fueled by the all-new Kirin 980 64-bit octa-core processor which was announced at this year's IFA in Berlin, while the Mate 20 Pro may ship with some sort of an advanced facial scanning, as that is more or less the only reason that comes to mind with such a large notch at the top. The two devices will probably ship with Android 9 Pie out of the box, with Huawei's new Emotion UI (EMUI) 9 skin on top of it. Both phones will be made out of metal and glass, and chances are that both will ship with three cameras on the back, at least that's what leaks have been suggesting. Leica's lenses will be a part of the package once again, while it's possible that Huawei plans to include OLED panels on these two phones, at least on the Huawei Mate 20 Pro.