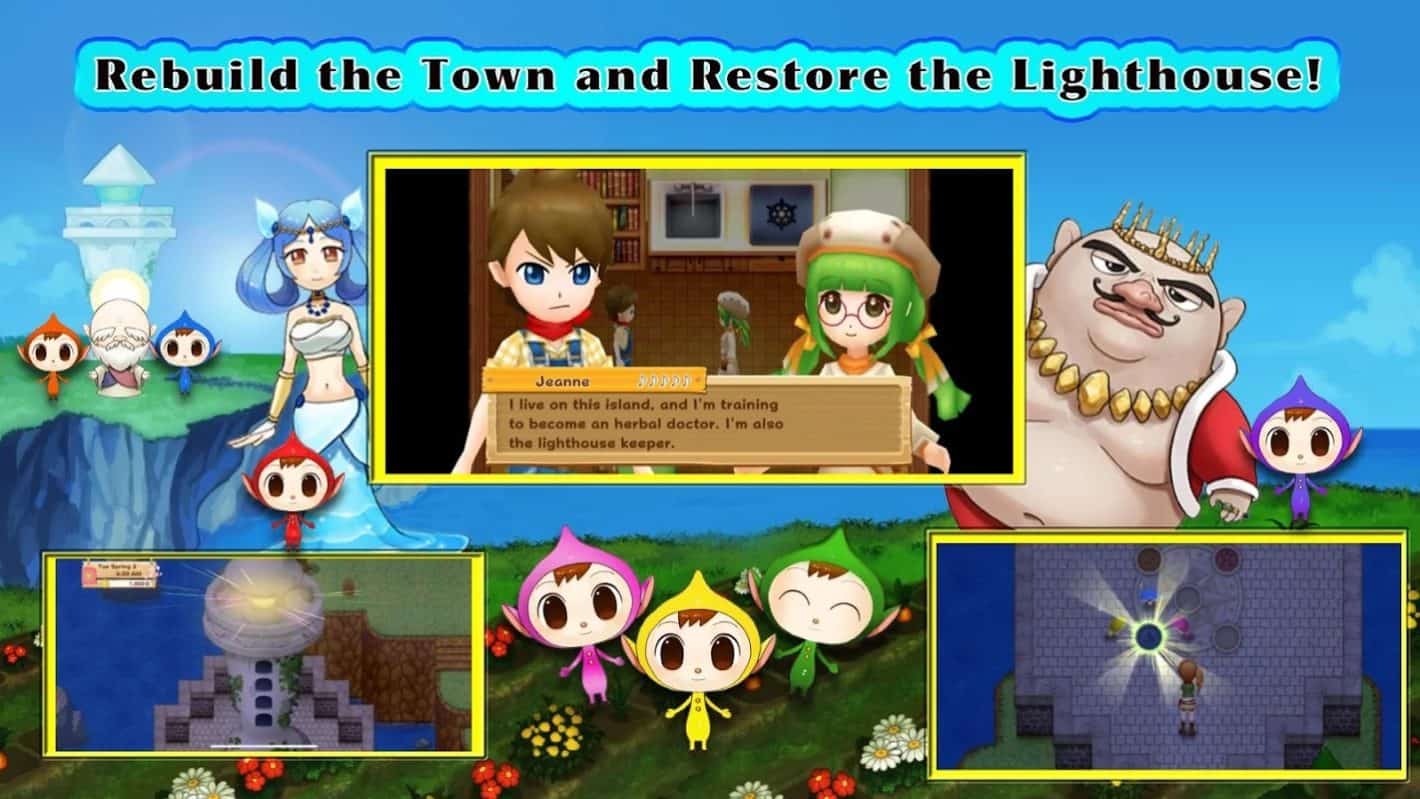 In short: The next entry in Natsume's beloved Harvest Moon series, subtitled Light of Hope, is officially out on Android. While the gameplay is similar in many ways, this entry is quite different stylistically and in terms of storyline from the rest of the series. This is a straight port of the Nintendo Switch version, which features significant differences in content, pacing and style compared to the mainline Harvest Moon series up until now. If you're a fan of Harvest Moon, Stardew Valley and similar games, this one may well be worth the $14.99 asking price in the Google Play Store. Although it's worth keeping in mind that you'll need a somewhat modern device to play it, with the official spec requirements listing a minimum of 2GB of RAM and a processor that reaches speeds of 1.9 GHz or faster. Since this game is ported from the Switch, which uses a 64-bit NVIDIA Tegra X1 chipset, it's safe to assume you'll need a 64-bit device. If the game doesn't work on your Samsung Galaxy S5 or HTC One M8, however, you can always refund it within two hours of purchase.

Background: Natsume has been publishing Harvest Moon games since the Super Nintendo days, but much of the original development team that actually made the games broke off and began making a separate series around 2007. This title is one of the first Harvest Moon games to represent a vast shift from the original. You can still farm, get married and participate in town events while you quest to restore the legendary lighthouse at the center of the game's linear plotline, but you'll find many iconic series staples have gotten a makeover or are missing entirely. Beloved characters and items that saw reincarnation across series entries are some of the biggest examples. Those looking for something closer to the feel of the older Harvest Moon games may want to look into Story of Seasons. That is the official continuation of the older Harvest Moon games, made by the original team, while modern Harvest Moon titles can be thought of as a sort of reboot. The previous mobile Harvest Moon, by the name of Seeds of Memories, was made by the new team with the explicit goal of retaining the feel of the older games.

Impact: This game is the first mainstream Harvest Moon game to make a radical departure from previous titles, and essentially represents the core of the "new" Harvest Moon going forward. Longtime series fans who haven't dipped into a mainline entry since the Nintendo Wii days may find themselves disappointed, but there is plenty to love here, despite the game's issues. Anime farming sims, are, after all, a rare genre in the mobile gaming world. Going forward, fans can likely expect the formula to be refined over time and eventually carve out a distinct identity from the former series, now known as Story of Seasons.