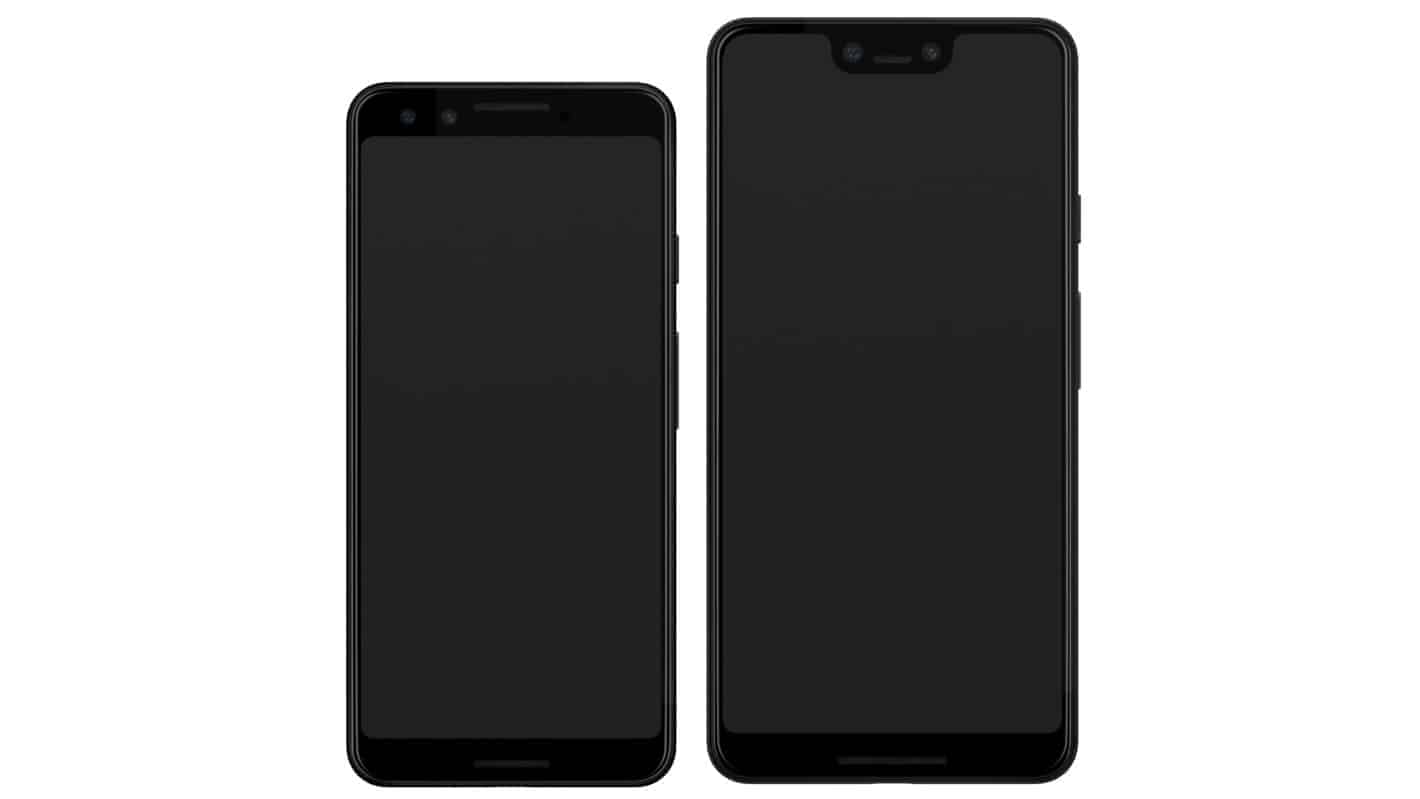 In short: The Google Pixel 3 and Pixel 3 XL leaked in their highest-resolution render to date, having been unveiled by known industry insider Evan Blass. The image seen above corroborates many previous sightings of the two devices, being yet another indication that the Pixel 3 will essentially be a more powerful Pixel 2 XL, whereas the Pixel 3 XL will be taking some new liberties in terms of design, most notably with the polarizing inclusion of a display notch. The leaked render also provides a clear look at the front-facing dual-camera setups of the two devices.

Background: While the rear panels of the Pixel 3 and Pixel 3 XL are still expected to feature a single camera, Google is understood to have opted for a two-lens solution on the front in order to improve the quality of selfies, primarily by making the bokeh effect more natural and closer to what dedicated imaging hardware such as DSLRs can accomplish. Dual stereo speakers will once again be part of the package, as evidenced by a number of recent sightings of the two devices, including the one seen here. The Pixel 3 lineup leaked all over the Internet earlier this summer after a pre-production batch of the larger model was stolen from Foxconn and ended up with a Ukrainian black market dealer who was selling the devices for $2,000 a piece. The Alphabet-owned company is scheduled to officially announce its new Android flagships on October 9. The handsets should be unveiled alongside the Pixelbook 2 range of Chromebooks, new Pixel Buds, and the Google Home Hub, a screen-equipped smart speaker looking to rival the likes of Amazon’s Echo Show and the Lenovo Smart Display.

Impact: By most accounts, Google’s Pixel 3 family will be following suit with many recent mobile industry conventions, for better or worse. It’s still unclear how many units is the tech giant targeting for its initial production batch but what’s certain is that the handsets will once again be available for purchase well in advance of the holiday season and debut in some new markets such as France and Japan.