A new patent filed by Google with the U.S. Patent and Trademark Office seems to point to the development of a home security system that utilizes sensors and associated stored data to arm itself. Specifically, US patent 10062265B2 denotes that an array of sensors is installed and then collects data internal and external to a given 'premises.' That's part of a system that contains a memory module in order to store collected data and a processor to recognize specific patterns contained there. The processor is then used to 'arm the plurality of sensors' based on that history of detection data. That includes the use of items such as in-home thermostats, microphones, cameras, smartphones, and other similar security sensors, according to the patent description. A user interface and communications interface are part of the patent as well, which suggests users wouldn't need to be entirely dependent on automation.

The system would effectively have a pre-set timeframe within which the sensors would become armed and then a secondary timer for switching over to alarm mode. It's not immediately clear whether or not the sensing hardware or other smart home equipment will be offered by Google. The patent may be intended as a central hub to bring together and manage third-party security cameras, motion sensors, and connected hardware – if the patent ever does see real-world use. Conversely, the search giant may have a new lineup of security offerings planned to take advantage of the system outlined in the patent or it could be attempting to stretch things across both scenarios.

The company has been working with connected home security for quite some time, however. SO this could, in fact, be intended as part of an update to its current smart home hub and digital assistant. Google Home and its AI counterpart Google Assistant already offer some management options for security systems, both first-party with Google subsidiary Nest and third-party. Bearing that in mind, the UI and commands associated with that aren't necessarily comprehensive or well-put-together. Moreover, it isn't all-inclusive and although automation is possible with the current arrangement, it's not something that's easy to achieve for the average user. That this is a software solution seems to be the more likely scenario since most of the associated imagery takes the form of flowcharts rather than descriptive images of the system components themselves. 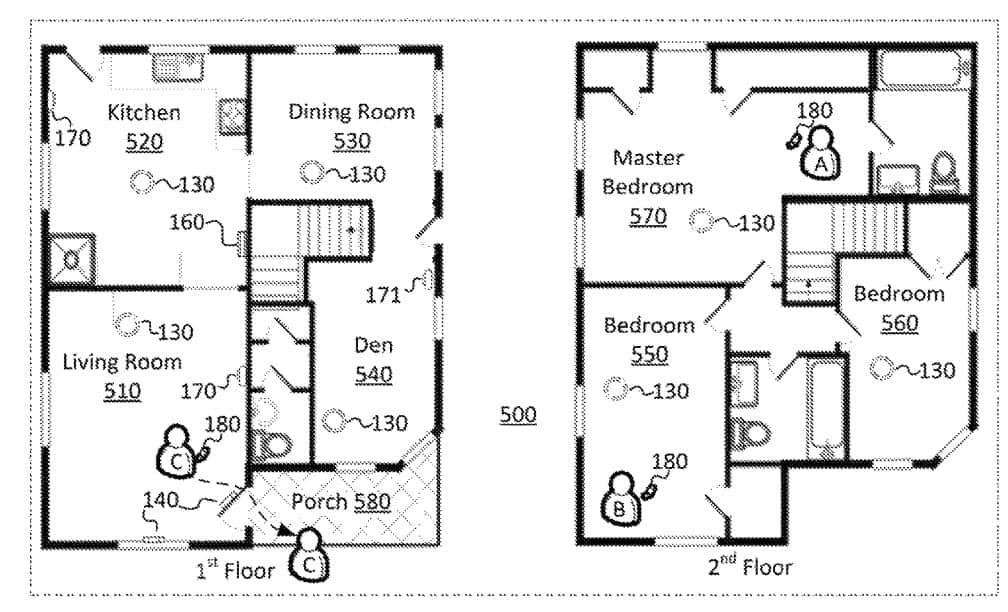