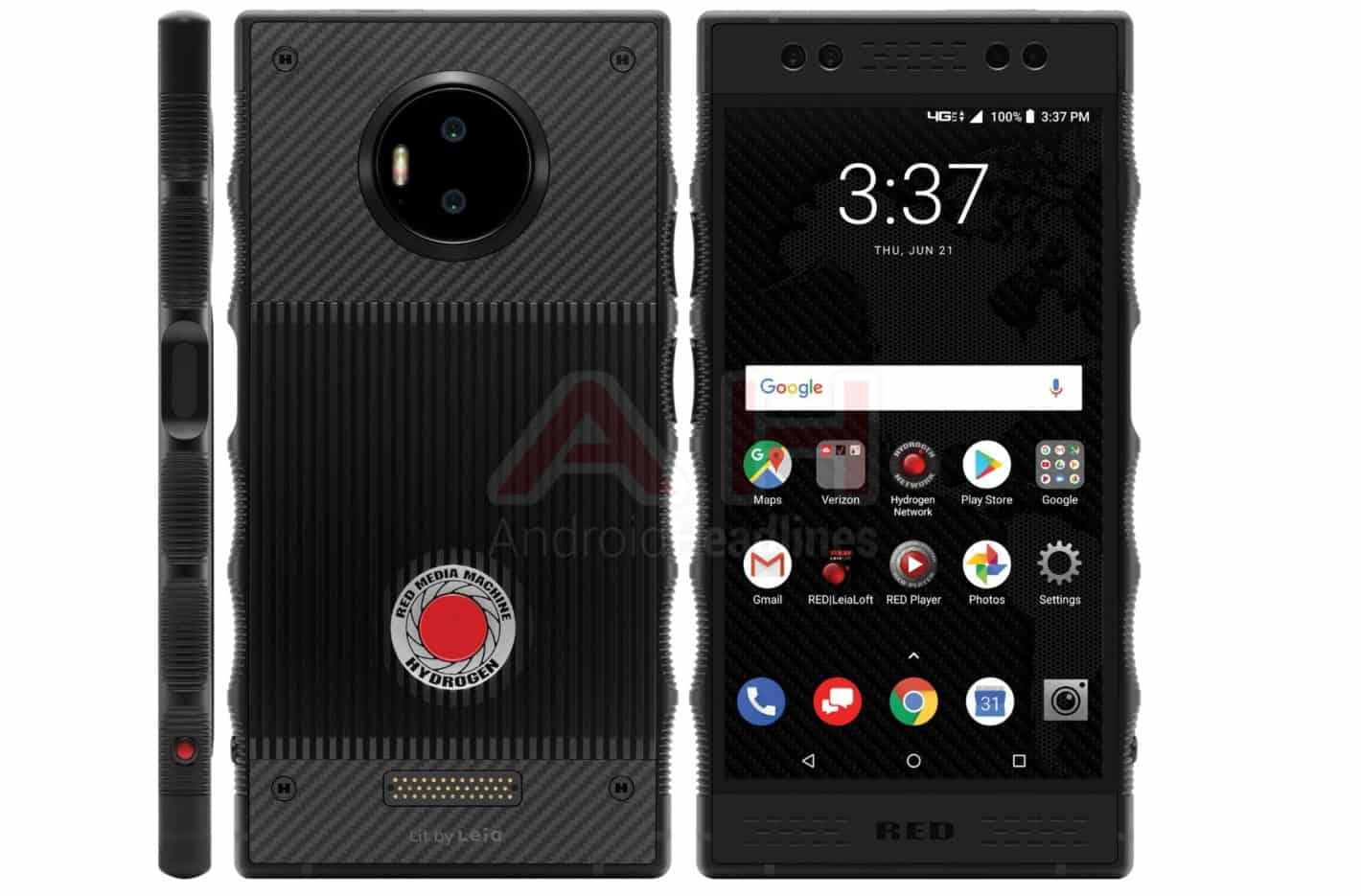 The RED Hydrogen One is a smartphone that has been a long time coming, although it’s expected to finally arrive within the next couple of months. As part of the arrival process, the RED Hydrogen One is slated to land via AT&T and Verizon in the U.S. While this smartphone has already been announced, and some of its features confirmed, here’s a first look at the Verizon-flavored RED Hydrogen One. This image was provided to AndroidHeadlines by a reliable source.

While the Verizon-branded RED Hydrogen One does not actually come with any major Verizon branding on its shell, the image does indicate this will not be totally free of Verizon additions due to the inclusion of a number of Verizon-specific apps. A Verizon folder is shown on the home screen and while there is no guarantee these will be the only Verizon apps included, the folder seems to be made up of the “My Verizon” app, the “Verizon Mobile Access Management” app and what seems to be the “Verizon Cloud” app. Although the icon used for the Verizon Cloud app appears to be the tablet-based icon which makes little sense considering this is a smartphone. Therefore, it might be the case the phone actually arrives with slightly different-looking app icons when it ships out. Besides the UI with its Verizon tweaks, there are no other obvious design differences offered by these images compared to the many real-world photos that have already surfaced. On that note, it’s also worth keeping in mind the model currently doing the rounds is a pre-production unit and one understood to have been made available to select outlets and people on the basis the software is not properly shown off. Therefore, this image provides a little more of an insight into the software experience on offer, at least as far as Verizon’s edition is concerned.

When it comes to the RED Hydrogen One, it’s a little difficult to say with certainty what is the main selling point, other than the phone looks to be different compared to the current flagship crop. This has been interpreted so far with a focus on the camera and display capabilities of the phone, and these are somewhat related. For example, while the RED Hydrogen One comes with a 5.7-inch display, it’s also said to be a holographic display (accompanied by multidimensional sound), in addition to a display that has been further tweaked to better cater to virtual reality (VR), augmented reality (AR), and mixed reality experiences. Speaking of the hologram/3D images it can display, these are understood to be primarily viewed (though they can be accessed via other ways as well) through the RED Player app which can be seen on the home screen in the image above. The wider implications for the holographic display is an increase in the immersive nature of movie-watching and gaming, as well as any additional apps that can find a way to utilize the unique properties of this display.

As for the cameras, these link to the display through the 3D element as in addition to displaying 3D images, the RED Hydrogen One is also capable of capturing 3D images as well. That said, that’s only one of the OTT camera features, as it’s also understood the RED Hydrogen One will adopt some form of a modular nature where either the user can swap out and upgrade the camera, or more simply add a more advanced camera to the existing setup as an attachment. In either case, the general understanding is the camera the phone ships with will not be the limit of the camera capabilities of the phone. This exact point is why the RED Hydrogen One is understood to come with those ridges shown in the image above. As in addition to providing a more unique look, the ridges can act as an improved grip for when more serious camera hardware is attached. Speaking of attachments, it’s also expected the RED Hydrogen One will offer additional and non-camera module-like hardware which can also be attached to the device to improve various elements like battery life, although the RED Hydrogen One is expected to arrive powered by a fairly substantial 4,510 mAh capacity battery. Attachments will affix to the smartphone via the contact pins shown on the rear of the device in the image above.

Future-sounding features aside, and if all information is to be believed, then under the hood is likely to be where the RED Hydrogen One falls down a little. As this is understood to be a device that only barely keeps up with the competition. This is most evident in the SoC department where it’s expected the RED Hydrogen One will come loaded with a Qualcomm Snapdragon 835. Something thought to be the result of the longer-than-expected time it’s taken for the device to arrive to the market. Although it’s possible RED might upgrade the SoC prior to the actual release. In either case, the Qualcomm SoC will come accompanied by 6GB of RAM, up to 128GB of storage, and running on Android 8.1 (Oreo) – although the OS version is also something that might be subject to change prior to the phone’s general release. As for the price, the RED Hydrogen One will set early supporters back $1,295. This is not only the early price for the phone but also the price for the cheapest option, with the company expected to offer an even more premium material-based option for a higher price.