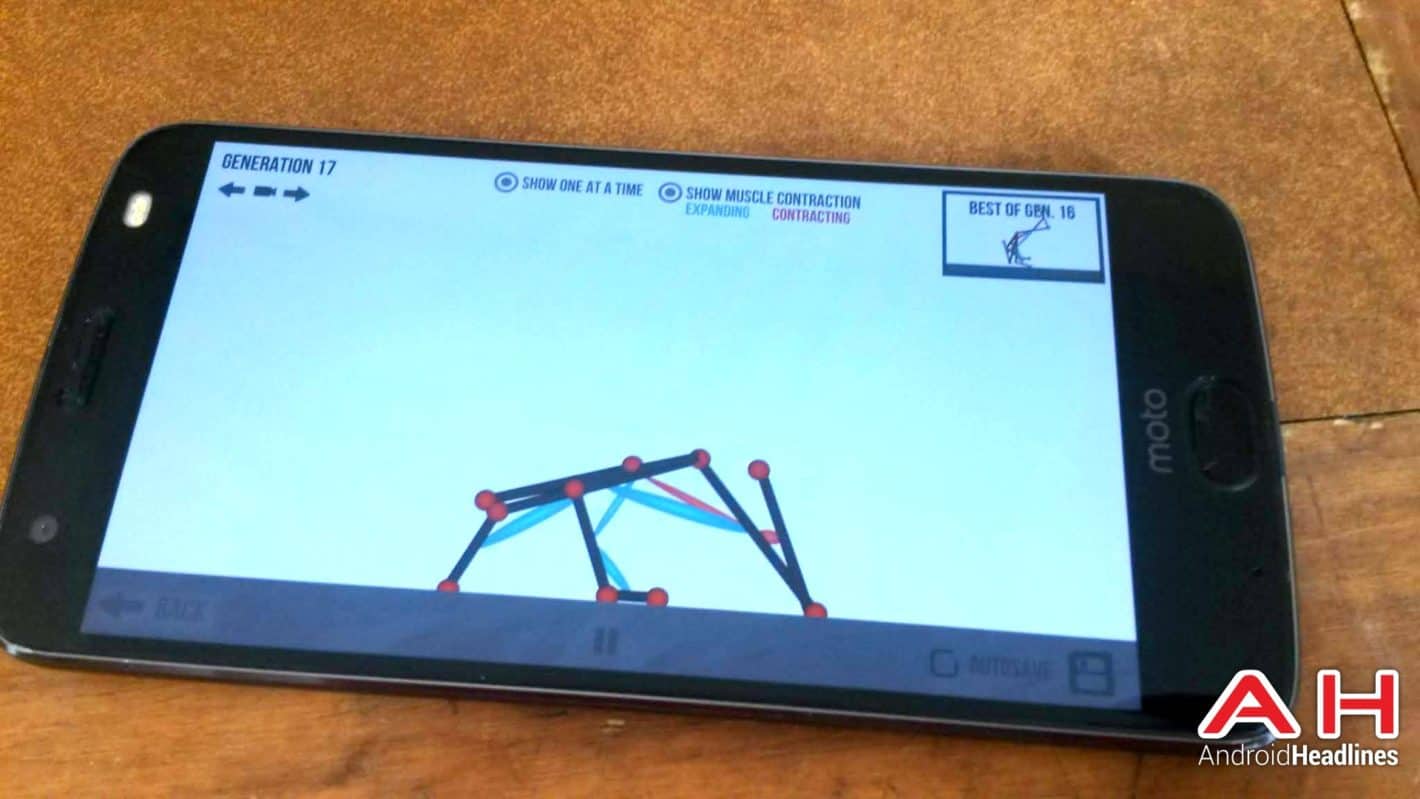 A new simulator simply called Evolution, which is available in a desktop browser and on the Play Store, uses a neural network to bring to life any creatures you can think to cobble together from an assortment of joints, bones and muscles that you can place wherever and link however you see fit. The creatures all spawn and learn across multiple generations, with two specimens chosen per generation to pass on their genes. No two simulations will ever be the same thanks to the wiles of the random mating, The created species will try their hands at three tasks to determine their fitness score; walking, jumping, and climbing stairs.

The simulation is actually pretty simple on the surface, despite the complex neural networking and artificial intelligence operations happening just beneath. All you have to do is tap or click where you want to place joints, connect those using bones, then link the bones with muscles. Muscles can expand and contract, and bones can only move at the joints. You can control how many seconds each generation lasts and how many of the beasts are in each generation; the rest is up to the neural network. With those constraints in mind, once you've constructed your critter, simply hit the EVOLVE button to set it loose. The creatures will try to figure out basic movement by figuring out what moves bring them closer to their objectives. They'll learn from each other and refine their technique with each generation and hopefully, eventually, be able to ambulate and move around well enough to complete their gamut of basic tasks and earn their calculated fitness rating.

This is easily one of the simplest user-facing iterations of neural networking ever made, and does a great job of showcasing the basic gist of the technology to those not in the know. The creator insists that it is not a game, but the simulation is nonetheless amusing, and does have an unofficial goal of sorts in the form of getting your creatures' fitness scores as high as you can. Neural networks are used in all sorts of AI operations, from cloud computing to data-centric models and simulations like this one, and even self-driving cars. Neural networks are often seen alongside and even intwined with other AI conventions such as deep learning. Neural networking, at its core, is just a bunch of computer nodes calculating in concert to brute-force a desired outcome, which means its potential real-world applications are practically infinite.