In short: Chrome OS devices built in a convertible or tablet configuration may soon be able to hide the top UI in-browser upon scrolling, as suggested by a newly spotted commit in the Chromium Gerrit repository. Described as being “Android-like,” the commit appears to add and exposes underlying commands that are visible to the browser’s renderer to enable the UI to be hidden or shown based on which direction a user scrolls while in tablet mode. For example, if a user scrolls down the page with a swipe, the top-level UI on the page – such as the URL Omnibox and similar elements – will slide out of view. Scrolling back in the other direction will slide that UI back into view. The feature is currently said to be in testing with an unspecified flag but that doesn’t appear to be available yet in the Stable Channel and the uploaded demo test requires a log-in with access permissions to view.

Background: This UI behavior is something that has already been in place on Android handsets and tablets for quite some time. On that platform, the renderer effectively removes the only browser UI that’s visible so that users can see more of the web page for as close to a completely immersive experience as possible. Then, when users are ready to switch tabs or close a tab, they simply need to swipe back toward the top of the page and the UI will immediately be slid back into view. As with Chrome for mobile, the new feature in Chrome OS will also address any errors in rendering or with the page using the system-level error handling mechanisms. That means that any freezes or page errors should still prompt the appearance of separate UI for dealing with those, rather than leaving users stuck on a website if something in that site should break while the UI is gone.

Impact: Less apparent is whether or not the entire UI will be shifted away and when users might expect to see the change in Chrome OS on the Stable Channel as either a flag setting or by default. Although the change is described as Android-like, Android utilizes a distinct UI designed to work explicitly with much smaller mobile devices. That doesn’t rule out the possibility that the entire UI will slide away in Chrome OS in tablet mode but there could be some underlying differences. In the meantime, there’s been no mention of a change like this in recently reported change logs for the OS itself so it may still be very early in development. If and when it is in place, however, it should have a much bigger impact at the scale of a Chromebook display than on Android – giving users another inch or more of screen real estate to use. 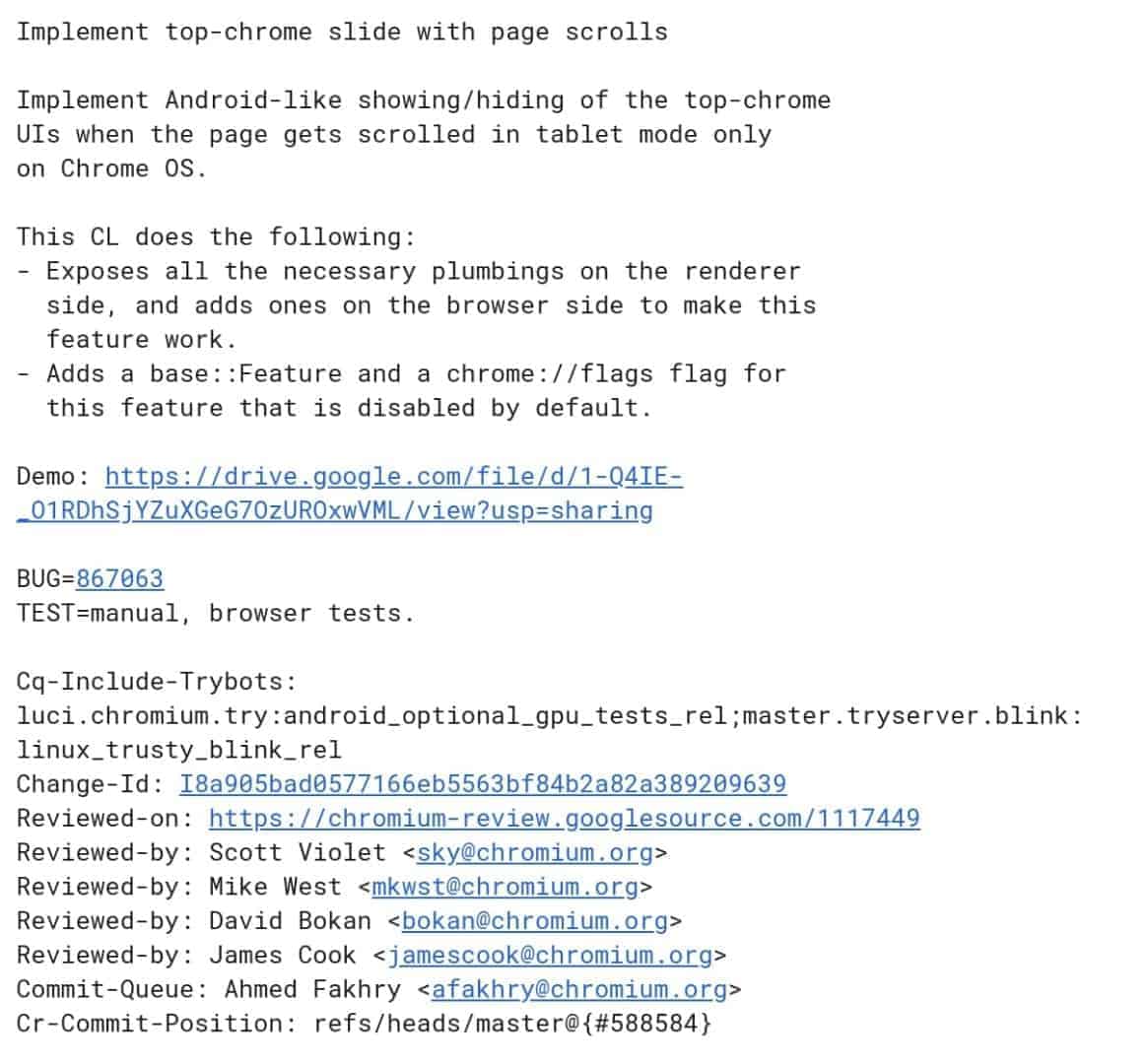