NETGEAR took its popular Mesh WiFi System and added Amazon Alexa, eliminating the need for a second device, making this a 2-in-1.

NETGEAR arrived in Berlin for IFA 2018 last week with something that the company touted as something that “will help declutter the tech in your home”, and that is exactly what the Orbi Voice is. NETGEAR partnered with Harman Kardon on this one, and essentially took an Orbi Satellite and a smart speaker from Harman Kardon, and it morphed into the Orbi Voice. Which will not only bring Alexa into your home, but also improve your WiFi coverage.

The whole idea behind the Orbi Voice is to be able to get rid of a few devices in your home. Since this serves as a repeater to your existing Orbi WiFi System, it will also provide you with better coverage, while also working as a hub for your smart home products and as a smart speaker. The idea to make a smart speaker a satellite for the Orbi WiFi System is actually a genius idea on NETGEAR’s behalf. This is because most people put their router on the floor (or near it) and it’s usually not in an open space. That affects its signal. But by making a smart speaker that looks really nice, and doubles as a satellite, it’s going to allow people to put them on their desk, or maybe on a side-table in their living room. Some place in the open where it can get better signal. 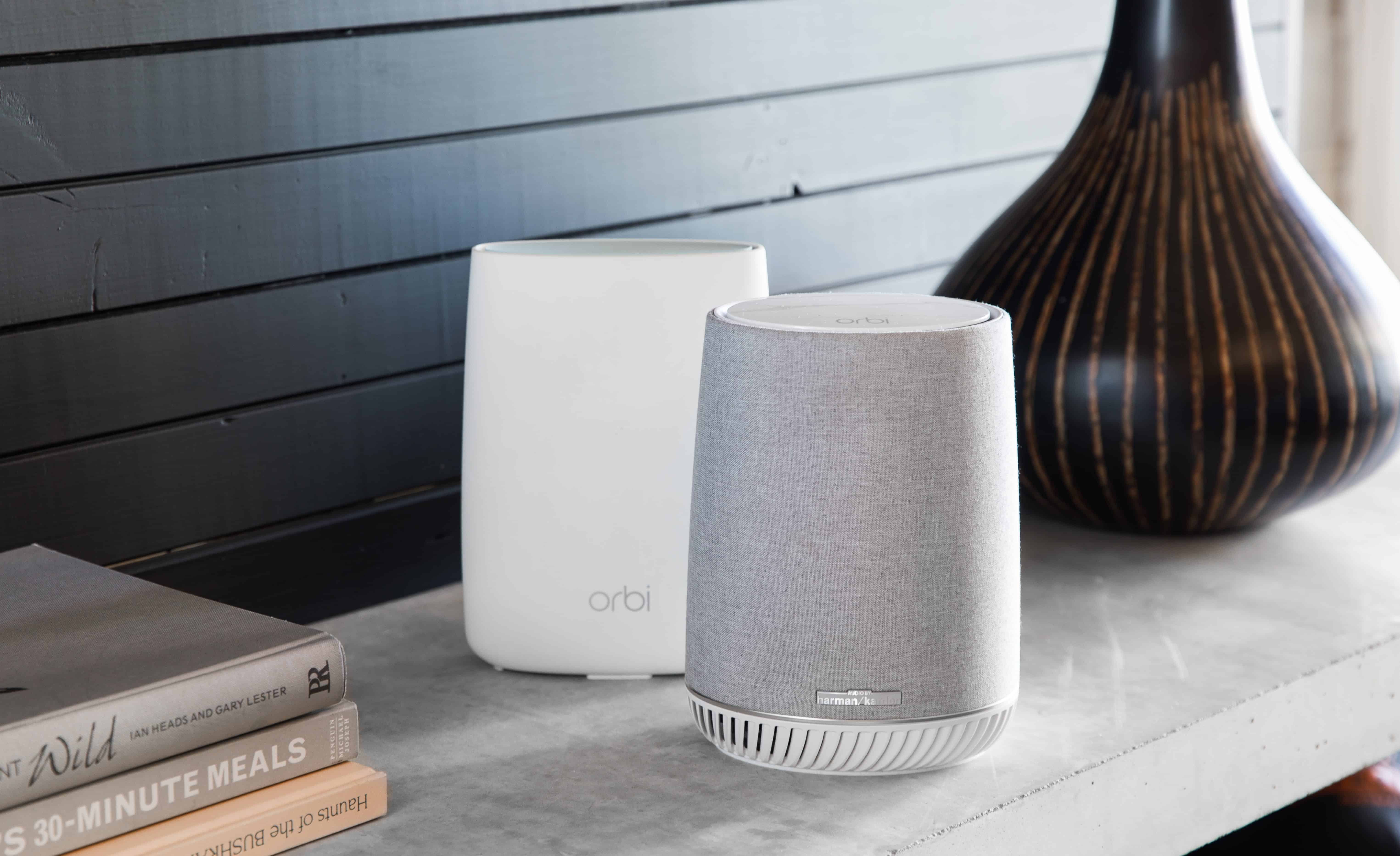 NETGEAR wasn’t the only company working on this product, it worked with Harman Kardon who is pretty popular in the audio space. Primarily for its audio quality. Harman Kardon has tuned the audio in the Orbi Voice, to ensure that you not only get great WiFi coverage in your home, but you also get a smart speaker that’s going to sound really good, with Alexa inside. Of course, you can stream all of your favorite music from a variety of music streaming services. Including Spotify. Amazon Music Unlimited, Deezer and many more.

This is why AndroidHeadlines is awarding the NETGEAR Orbi Voice as “Best of IFA 2018” this year. It’s a first of its kind product that is going to solve a lot of issues in the connected home – the main ones here being better WiFi coverage and less devices being plugged in. And while there’s still a pretty small percentage of homes that have a smart speaker currently (around 20-percent), NETGEAR is looking to get into that market early and capitalize on its future growth. It wouldn’t be surprising to see other companies working with router companies like TP-Link and Linksys in the future to create similar products. As it’s something that just makes a whole lot of sense for consumers, especially as the connected home market heats up.